Yes, the US will start missing payments, including on Social Security, if it doesn’t raise the debt limit

If the government runs out of cash before raising the debt limit, it would be unable to pay all of its bills on time, including to programs like Social Security. 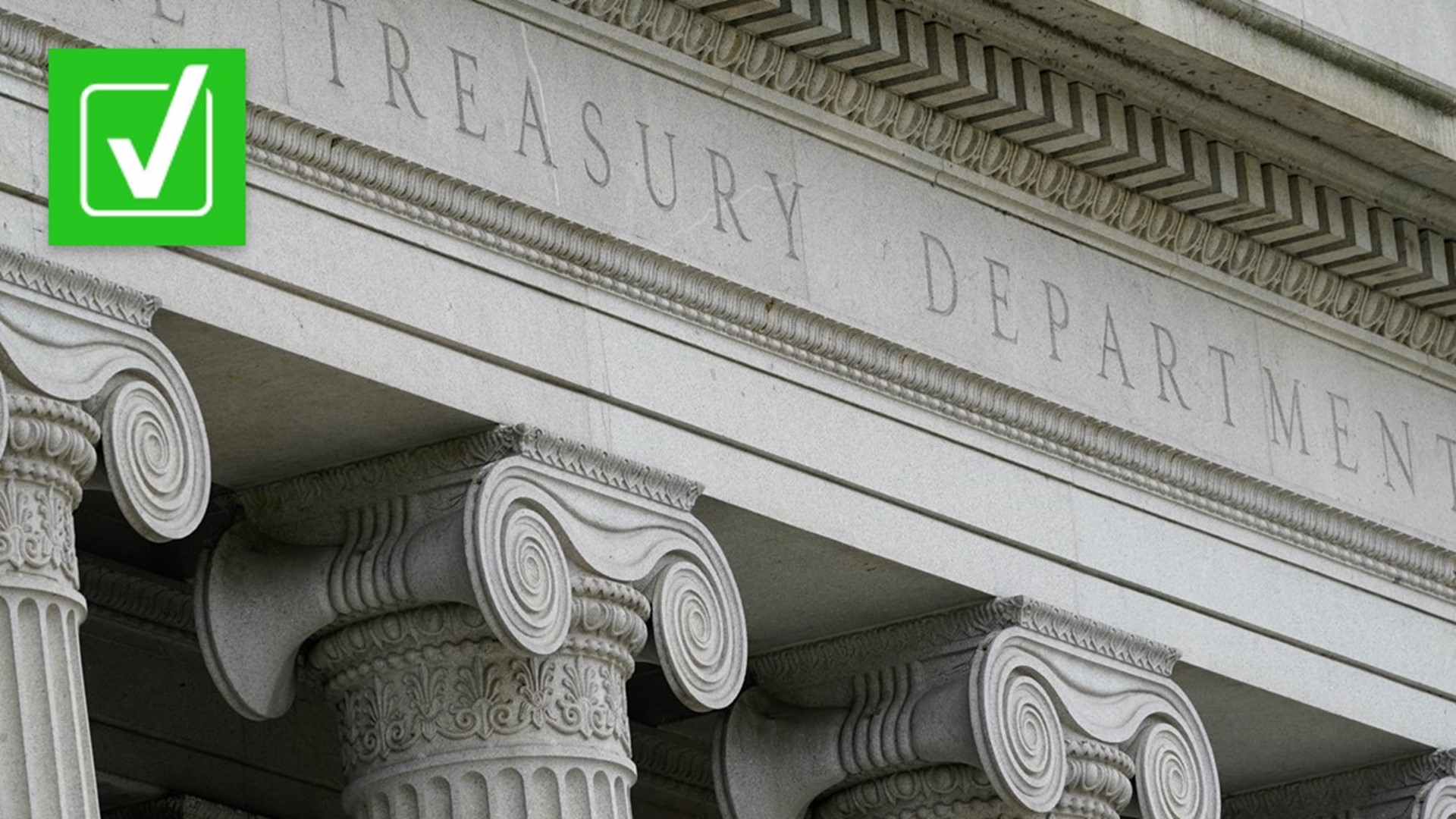 UPDATE (10/13/21): Both chambers of Congress have passed a stopgap bill to raise the debt limit by $480 billion after the House's vote on Oct. 12, meaning the bill will become law with President Biden's signature. In conversations with Congress, the Treasury Department estimated that total would get the federal government to Dec. 3 before reaching the debt limit again. The original story as reported prior to the agreement continues below.

U.S. Treasury Secretary Janet Yellen sent a letter to Congress on Sept. 28 that estimated the Treasury would run out of money by Oct. 18 if the U.S. doesn’t raise or extend the debt limit by then.

That’s left people on social media wondering if the U.S. is at risk of missing payments on things like Social Security or defaulting on financial obligations if the debt limit isn’t raised or extended.

A default on a loan or payment means a borrower is unable to make timely payments, misses payments, or even stops making payments altogether.

Will the federal government start missing payments on programs like Social Security if it runs out of money before the debt limit is raised or extended?

Yes, the U.S. government would be unable to pay for all of its existing obligations if it runs out of cash before the debt limit is raised. This affects everything funded by the federal government, which means Social Security checks, Medicare and Medicaid payments, tax refunds, military pay, advanced child tax credit payments and COVID relief funding could all be delayed or reduced.

What is the debt limit?

The debt limit or debt ceiling is the total amount of money the U.S. government is authorized to borrow to pay for its existing obligations, including funding on programs like Social Security and payments toward existing debt and interest. The debt limit has existed since WWI, when Congress established it to simplify a process that once required Congress to approve each issuance of debt in separate legislation.

The Treasury says Congress has voted 78 separate times to permanently raise, temporarily extend, or revise the definition of the debt limit. These votes allow the Treasury to borrow more money either up to a new limit or up until a new date.

How did we get here?

In 2019, Congress suspended the debt limit until Aug. 1, 2021. On that date, the debt limit would return and be set at whatever the current level of total debt the federal government owed. Treasury Secretary Janet Yellen began sending letters to Congress in July warning of the impending limit with requests that Congress raise it.

Since hitting the debt limit in August, the U.S. Treasury has suspended reinvestment in various funds while redeeming investments in other funds, maneuvers it calls “extraordinary measures,” to stretch out its available cash as long as possible. This cash is what the government is currently using to pay for its obligated expenses without being able to take on additional debt.

But Yellen has warned the Treasury’s extraordinary measures cannot keep cash in the Treasury’s coffers for very long, particularly since the federal government runs at a deficit.

What payments could the government miss if the debt ceiling isn’t raised or suspended?

The Department of Treasury says on its debt limit page that failing to raise the limit “would cause the government to default on its legal obligations – an unprecedented event in American history.”

These “legal obligations” are not new spending commitments — they’re funding that Congress previously approved, the CBO and Treasury say. The Bipartisan Policy Center estimates the federal government will only be able to pay about 60% of the funds it owes in the month after the Treasury first runs out of cash, a date it calls the “X date” and which Yellen expressed could be Oct. 18.

“The government makes hundreds of millions of payments out to Americans and small businesses and other entities each month,” said Shai Akabas, director of economic policy for the Bipartisan Policy Center. “Many of those payments might not be made if we actually crossed the X date and Treasury only had the revenues that are coming in on a daily basis to pay the bills.”

The CBO says that because the government would be unable to pay its obligations fully, it would “delay making payments for its activities, default on its debt obligations, or both.”

In a 2012 letter to Congress, Treasury officials said the “least harmful option available” it considered when there was a similar debt limit crisis in 2011 was to delay payments. This means the government would have waited until it had enough money to make all of its payments for any given day before making any payments at all.

The Treasury officials acknowledged at that time that this strategy would create a worsening problem because the federal government operates at a deficit. Since the government has to spend more money than it brings in on an average day, the government would get increasingly later with its payments as time went on.

How the Treasury would respond to such a situation in 2021 isn’t certain, and there aren’t any past examples to draw from. Yellen said in one letter to Congress that the U.S. “would be unable to meet its obligations for the first time” in its history if the debt limit isn’t raised or extended.

While Yellen predicted the Treasury would hit its “X date” on Oct. 18, she stressed it’s impossible to know with certainty when that date would come. That’s because it’s based on the government’s daily cash flows, which can vary wildly between each day.