Dr. David Fowler was a chief medical examiner in Maryland at the time Anton Black died in a manner his family says is similar to what happened to George Floyd. 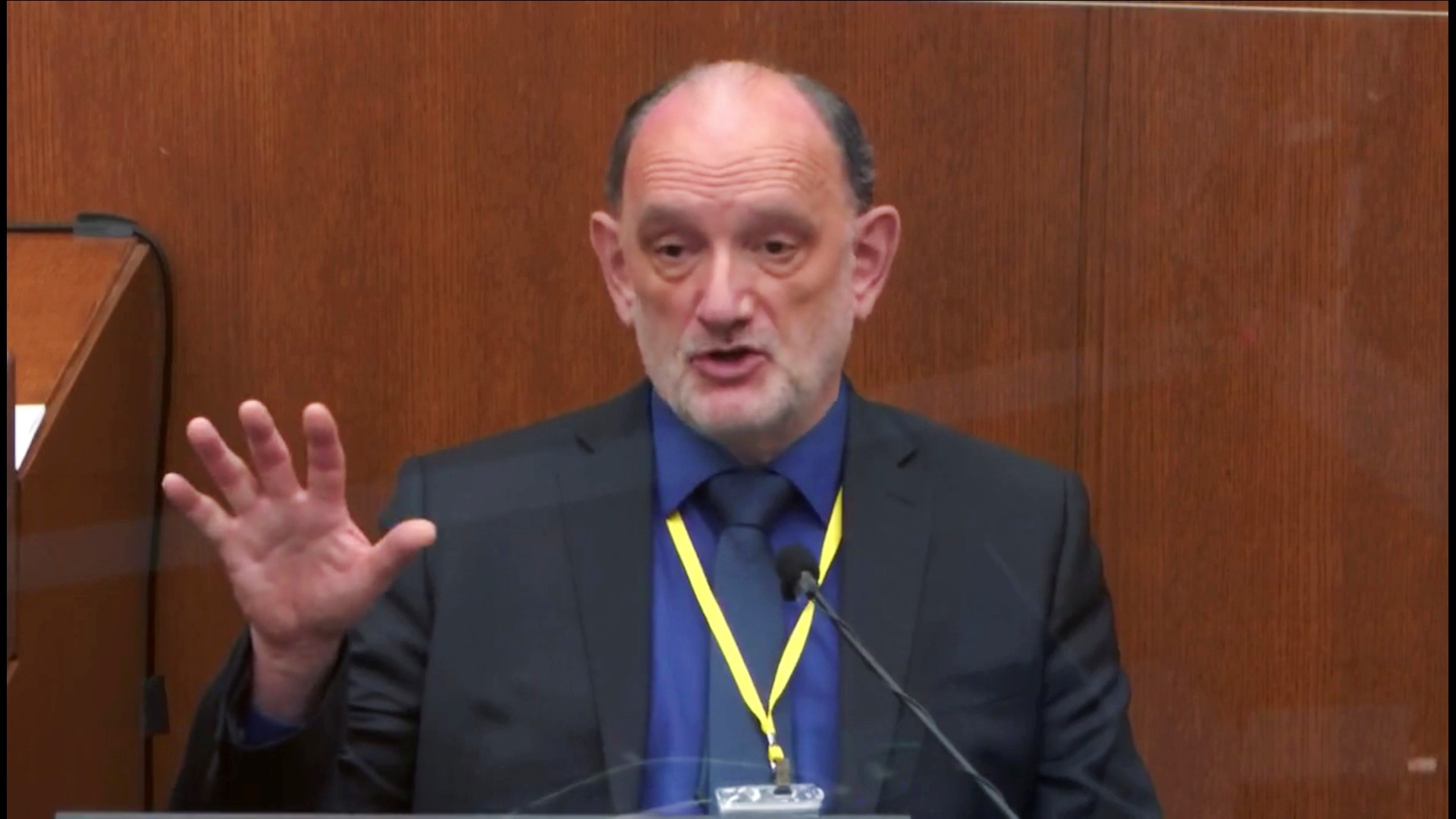 Derek Chauvin’s defense is making its case during his trial for the death of George Floyd. The defense is calling witnesses it believes will support its argument that the former Minneapolis police officer was ultimately not responsible for killing George Floyd.

One witness Chauvin’s attorney called to the stand is Dr. David Fowler, former chief medical examiner for the State of Maryland, who testified that Floyd died of causes unrelated to Chauvin. But some on social media have pushed back on his credibility as a witness, claiming that he is being sued for his role in deflecting blame away from police in a death similar to Floyd’s.

Yes, Dr. Fowler is named in a federal wrongful death lawsuit. He is being sued for wrongful death and civil rights violations for his role as a medical examiner in a case the plaintiffs say covered up police officers’ role in the 2018 death of 19-year-old Anton Black in Greensboro, Maryland. The lawsuit has yet to go to trial and there is a motion to remove Fowler from the lawsuit.

While several of the prosecution’s medical experts attributed George Floyd’s death to lack of oxygen, Dr. Fowler instead claimed Floyd died from a combination of heart disease, drugs and even carbon monoxide from the police car.

In a press release, the ACLU of Maryland made the comparison between Fowler’s testimony in Floyd’s case and the autopsy report of Anton Black that he is being sued over.

“The medical examiner’s office ruled that Anton Black’s death was not a homicide even though video showed police chase him, tase him, and pin him face down to the ground after he was handcuffed and at which point he stopped breathing,” Sonia Kumar, senior staff attorney for the ACLU of Maryland, said in the press release. “The medical examiner blamed Anton for his own death — peppering its report with false claims about laced drugs, a heart condition, and even Anton’s bipolar disorder — instead of the police who killed him.”

That accusation is why the ACLU of Maryland and Anton Black’s family included Dr. Fowler as one of 14 named defendants in a lawsuit filed to a United States District Court in December. “This lawsuit arises from the wrongful death of Anton Black at the hands of officers,” the lawsuit says. “And the ensuing efforts by public officials to protect the officers involved from the consequences of their excessive use of force against a Black teenager.”

The lawsuit’s text itself begins its introduction with a reference comparing what happened to Black in 2018 and what happened to Floyd two years later. It claims police officers “forced Black to the ground, pinning his slight frame beneath the collective weight of their bodies... Even after Anton was handcuffed, the officers ignored the danger they were causing and kept Anton in a prone restraint for approximately six minutes as he struggled to breathe, lost consciousness and suffered cardiac arrest.”

Dr. Fowler and two other medical examiners involved in Black’s autopsy are accused of “falsely attributing the cause of death to a heart condition, bipolar disorder and/or other natural causes, thereby ‘blaming the victim’ for his own death and obscuring official responsibility.” Dr. Fowler himself did not conduct the autopsy or write the report. He is named because he was “responsible for approving, certifying, and ensuring the accuracy and integrity of all death investigations, including that of Anton Black” at the time, according to the lawsuit.

A 2019 press release from Joe Riley, the state’s attorney for Caroline County where Black lived and died, confirmed no charges were filed against the three officers involved in the incident and that the medical examiner’s report played a part in the decision. It said, “the ME’s report makes perfectly clear that, ‘there is no evidence that Anton Black was choked or that he was ‘physically struck by officers, or had force applied to his neck.’”

This lawsuit hasn’t gone to trial yet. Maryland’s Attorney General filed a motion to remove the state and its medical examiners, including Dr. Fowler, from the lawsuit in early April. The Black family and the ACLU of Maryland has until May 4 to respond.

More from VERIFY: Three Minneapolis officers at scene with Chauvin are charged in Floyd's death