The power of four paws: Veteran with PTSD trains service dogs for other veterans

YORK TOWNSHIP, YORK COUNTY, Pa. — A York County veteran is on a mission to help other men and women wearing uniforms. He is training service dogs for vete... 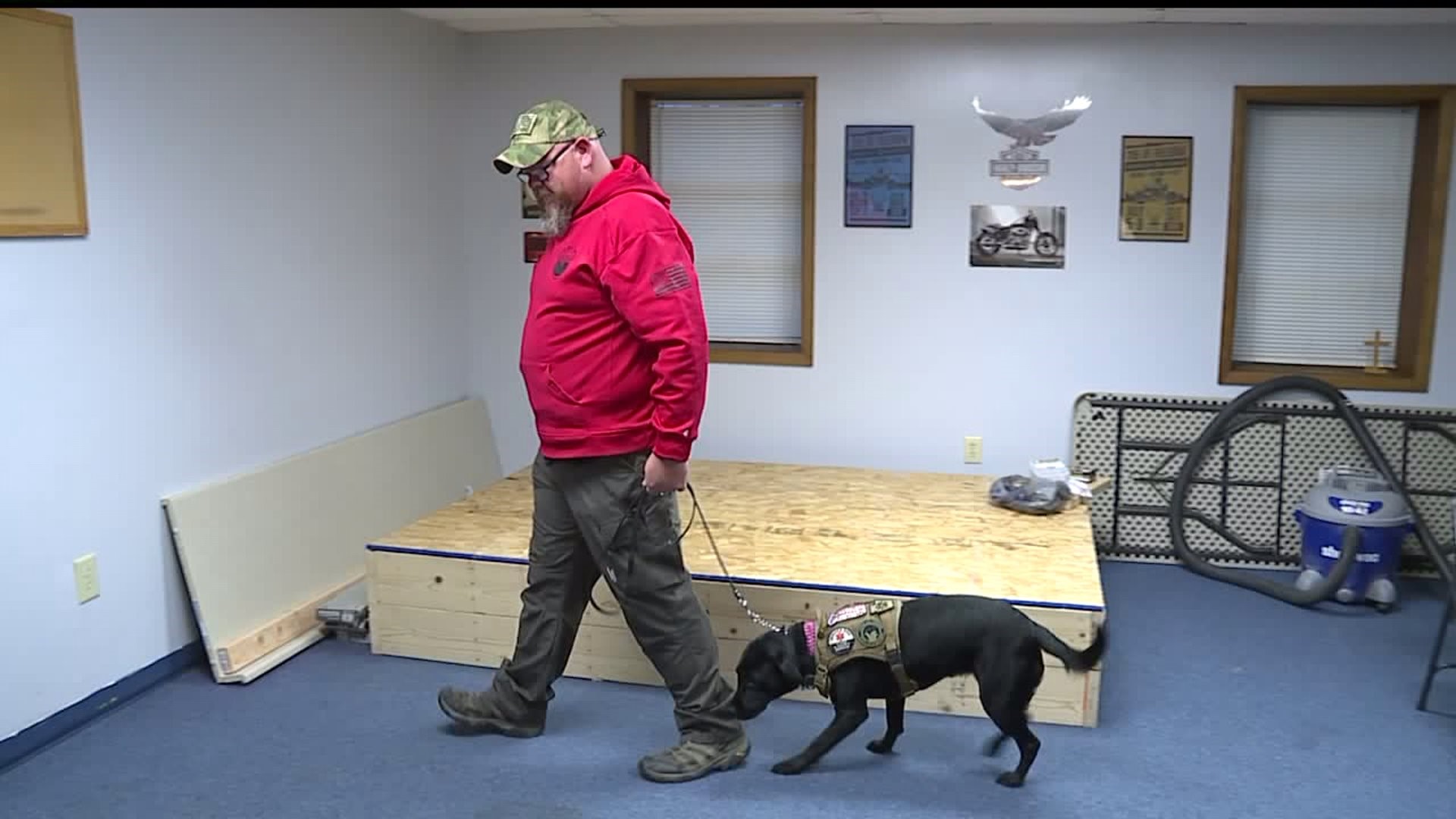 YORK TOWNSHIP, YORK COUNTY, Pa. -- A York County veteran is on a mission to help other men and women wearing uniforms. He is training service dogs for veterans and first responders and not charging them a penny.

To say he is man's best friend would be an understatement; Odin is the reason George Matheis gets out of bed every morning.

"Odin gave me my life back," said George with tears in his eyes.

Over the years, George wore a few different uniforms; first, he served in the military and then as a police officer in Maryland.

"I was involved in a fatal police involved shooting, a suicide by police in 2000. I was decorated officer, and I was doing great at work," he added.

At home, it was a different story; George was struggling with post traumatic stress disorder or PTSD and substance abuse.

Then, this goofy guy came wagging his tail.

"I remember taking him to the Red Lion High School football game, and there was no rest of the world. It was just me and him and whatever he needed," said George.

Odin helps George with whatever he needs too; Odin is George's service dog.

He's a loyal companion and like George's rock; you can't help but smile when you see these two together.

"He is definitely one of the huge reasons why I am clean and sober today, and I just want to share that and help other veterans and first responders," said George.

George is doing just that as executive director of the non profit organization Cover Six Canines, where he trains service dogs for other veterans and first responders without ever asking for a dime.

Gypsy Rose is a service dog in training and her handler is Julie Kurek of York Township.

Kurek is a veteran with 18 years of service who also suffers from PTSD.

Gypsy Rose may only be just a pup, but she's already helping Julie make giant strides.

"I go out more often. I don't cancel as many doctor appointments," explained Julie.

Gypsy Rose is always right by Julie's side when days get tough.

"She'll be right there on the bed with me, usually licking my tears," said Julie.

Like any dog, Gypsy Rose doesn't always listen, but it's teaching Julie how to be a more confident handler.

It's a challenge for the dogs, too, who have a 24 hour job, 7 days of the week; handlers have to stick to the routine.

"People, they like the idea of having a service dog, but the reality is you have to work with the dog every day. There is no days off," explained George.

For George, there is a huge payoff.

"Seeing people like Julie and some of our other handlers that were living limited lives and getting out there and talking to people, that is what it's all about," he said. " I missed out on a lot of life because of my PTSD. You can always work, you can always make more money, but you can't make more time."