ADAMS COUNTY, Pa. — Flooding along Baltimore Street in Gettysburg is a problem many business owners in the area are used to dealing with, but the storm th... 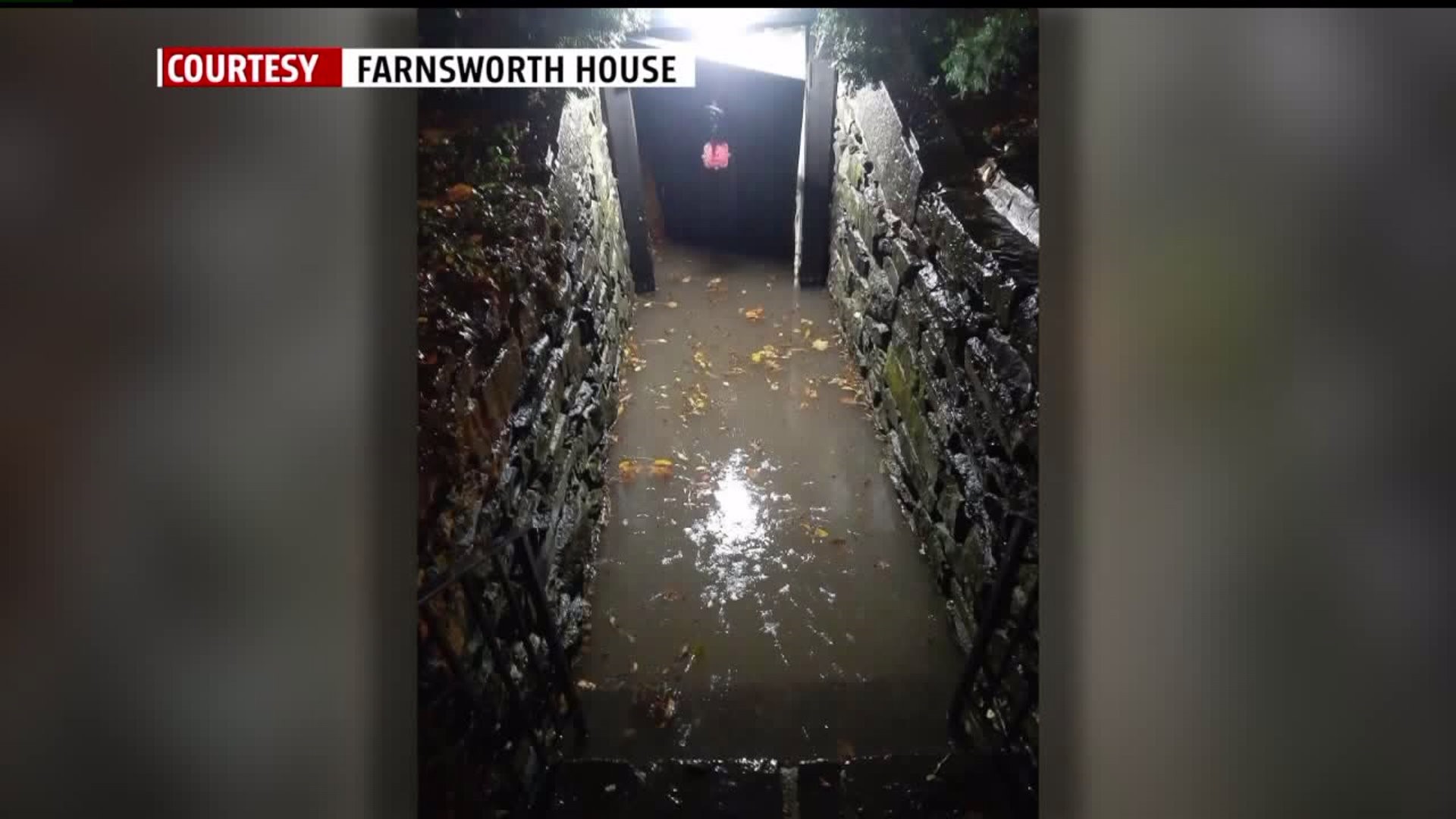 ADAMS COUNTY, Pa. -- Flooding along Baltimore Street in Gettysburg is a problem many business owners in the area are used to dealing with, but the storm that hit Thursday night, left quite a mess to clean up for some.

“The problem that we have here on Baltimore Street is that when we have this kind of flooding the borough doesn’t close the street here," said Loring Shultz Jr., The Farnsworth House.  "And it fills up so you get a lot of people that are coming off the hill on Baltimore Street and they push the water onto both sides of the roads," he added.

All of that water rushed into the historic Farnsworth House, down the exterior steps into its basement where nightly ghost tours are held.

Shultz Jr. says considering the area is prone to flooding, the cleanup process comes with a to-do list that staffers are familiar with.

“We have to re-open as fast as we can," said Shultz. “The drains get clogged up with the leaves so my first job is to get the leaves out," he added.

Shultz says along with the water inside the basement came dirt, mud and leaves.

"The sump pumps just can’t keep up with it," said Shultz.

“We had to shovel it, wet vac it, hose it, and wipe everything down," he added,

A rush of calls from nearby businesses impacted by flood waters is also keeping local insurance agencies like Hockley & Donnely busy.

“Most of the areas that are low in our borough are affected from a commercial standpoint with more of a potential for a business loss," said Skip Hockley, owner at Hockley & Donnely Insurance Agency.

Hockley said he is expecting additional calls in the coming days.

“You know that is something we anticipated happening and we try to be ready for it," he said.

The Farnsworth House is back up and running and is holding tours as scheduled.

We did reach out to Gettysburg Borough for comment about the drainage and road closure issues, however we did not hear back.