School board and administration are open to ongoing conversation as a graduate petitions to change "racist" name. 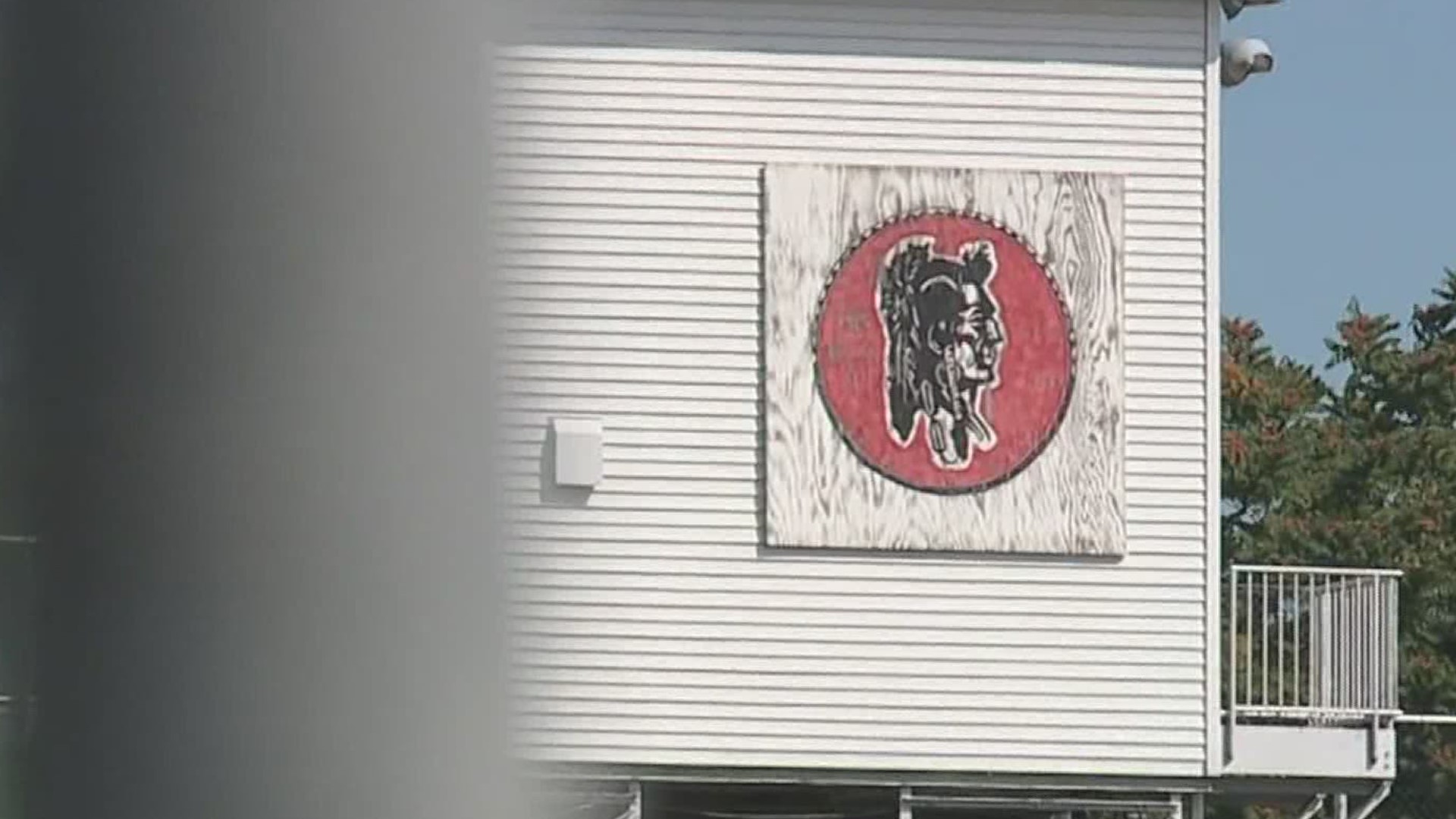 HARRISBURG, Pa. — Susquehanna Township has been home to the Indians for decades.

Every Friday night in the fall for football games, or winter nights during basketball season, fans paint their face in red and white war paint to cheer on the "Hanna Tribe."

However, as sports teams across the country continue to have an ongoing conversation about social issues across America, which includes the Washington football team retiring the 'Redskins' name and the Cleveland Indians baseball team promising to have a discussion about their name, Susquehanna Township could be the next institution to leave its Native American imagery behind.

"When a school's mascot is an Indian it sets that Indian up to be mocked at school sporting events," said Allyn Rosenberger, a 2013 graduate of the school district.

Rosenberger, along with a few former students and members of the Native American community, recently started a petition on change.org titled, "Susquehanna's Racist Mascot MUST Change." She cites on the petition studies which indicate the harmful effect the name "Indians" and other nicknames rooted in Native American imagery are harmful to Native American children.

"When people show up to sporting events in red paint and sacred war paint, they are red-facing," Rosenberger said. "They are demeaning an entire group of people."

Rosenberger says she plans to speak at the school board meeting Monday night, despite any name-change is unlikely to happen immediately. The discussion of a name-change is not on the school board meeting agenda. Instead, the main focus of Monday's meeting will be Susquehanna Township's health and safety plan to reopen during the COVID-19 pandemic.

School board President Jesse Gantt told FOX43 despite there being no immediate discussion planned to change the district's name and image, the board is open to a conversation.

"The board is listening to the diversity of thoughts and opinions on the matter and we welcome the dialog (sic) on this important matter," Gantt said. "We encourage our community to reach out to us with thoughts and ideas and we are listening."

Susquehanna Township School District superintendent Dr. Tamara Willis told FOX43 there are no immediate plans to change the name, though she forwarded to FOX43 the statement she plans on reading at Monday's board meeting:

"In recent years, the district has been approached by various stakeholders regarding the future of its logo.  A decision of this magnitude requires careful and comprehensive planning and must consider the perspectives of multiple stakeholder groups. As this conversation continues to evolve on both national and local levels, we will remain open to the possibility of a collective dialogue.

Our current and most pressing focus is the safe reopening of schools in the fall. However, we recognize the significance of this conversation. Therefore, we are committed to working with students, staff, our school Board of Directors, members of our Alumni Association, and the community before determining a more long-term course of action related to the district’s brand."

Rosenberger hopes the administration and school board addresses a name change as soon as they announce their COVID-19 response.

Dwayne Foor, president of the Susquehanna Township Alumni Association, echoed the school board and administration, saying there are no immediate plans to change the nickname and imagery, however recent social justice issues across the country have put the conversation into the forefront.

“We should have a discussion," DeFoor said. "If anyone says they’re offended by any name, everyone should sit down and discuss it.”

He said any conversation needs to include all stakeholders, including students, alumni, and the Native American community.