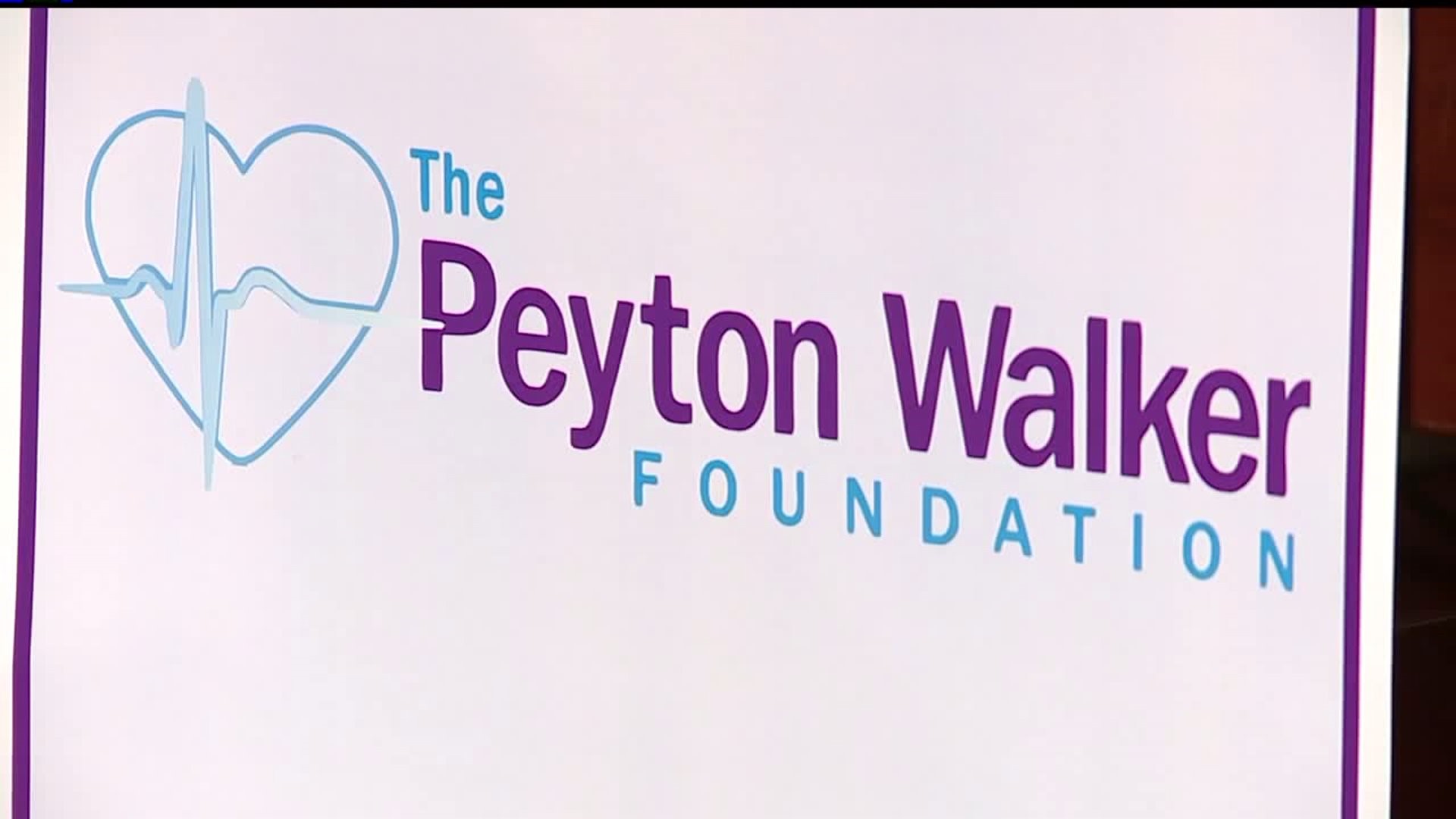 HARRISBURG, Pa. - State lawmakers want to raise awareness for student athlete heart screening. Their effort is being called 'Peyton's Law', named after a Mechanicsburg teen who died from sudden cardiac arrest. The proposed bill would provide parents with more information on what SCA is and its warning signs.

Every hour, every day, a student dies from sudden cardiac arrest. Half a dozen parents who lost children from SCA rallied at the State Capitol, holding pictures of their late children, for legislation they say would save lives.

Those parents were led by Julie Walker, The Peyton Walker Foundation Executive Director, and mother to Peyton Walker. Peyton died in 2013, at 19-years-old from sudden cardiac arrest. The legislation named after her would enhance existing Pennsylvania Interscholastic Athletic Association Physical Forms to include information on requesting an electrocardiogram during a sports physical.

“Why are we giving our children the same physicals that we as parents got 30, 40, and 50 years ago," said Julie Walker.

The legislation would also require the Pennsylvania Department of Education to post information about SCA, including its symptoms which include:

“We know that information is power - and if parents and guardians are alerted to the fact that a baseline heart screening can detect their child’s risk for potential cardiac arrest," said Julie. "We believe schools should be required to provide that information to families.”

This legislation passed out of the Senate Education Committee. It will now go to the full House for a vote.