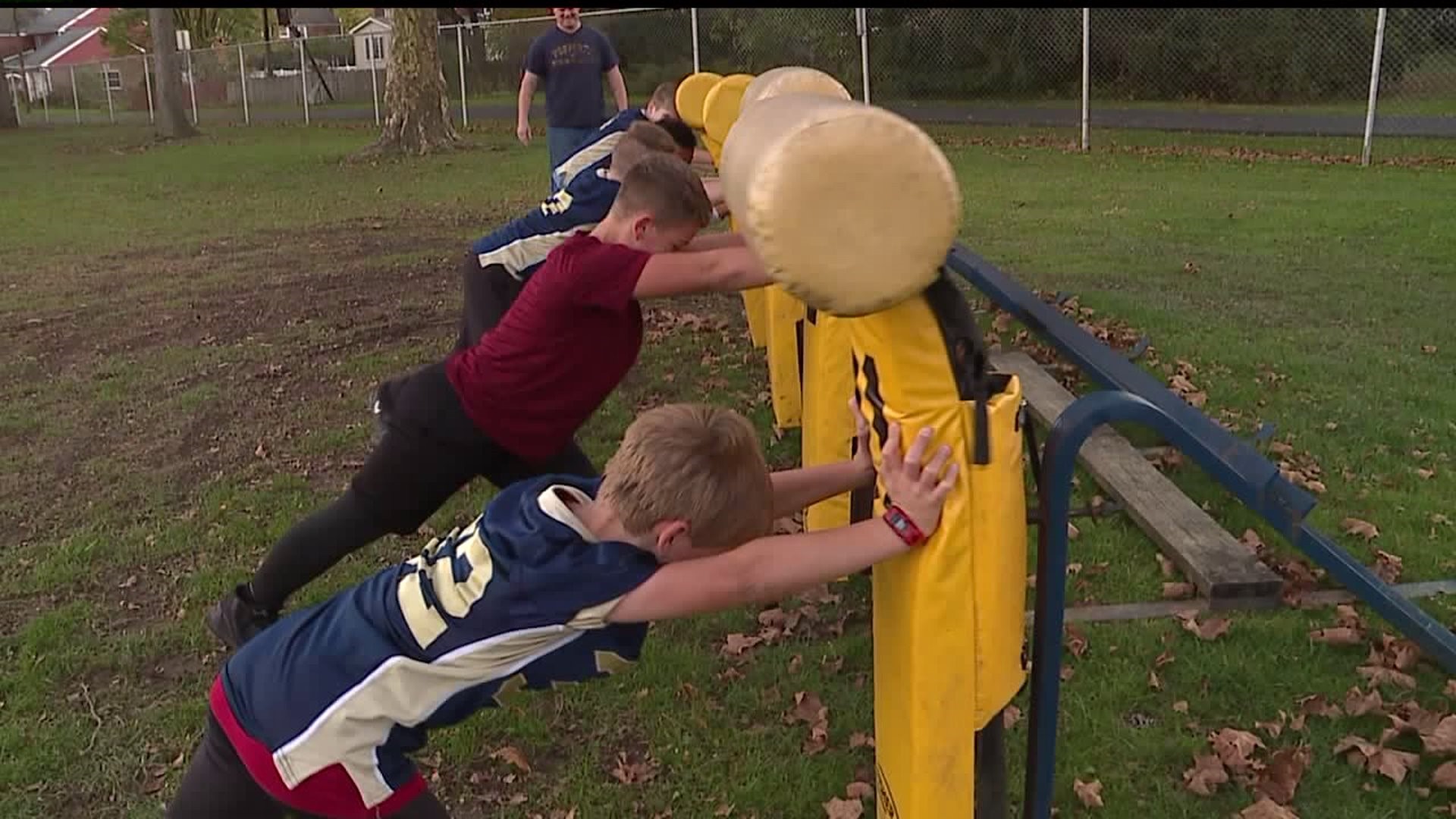 The head coach of the New Cumberland Saints Football Association Smurf team, Troy Borkowski, said even though safety is taught from day one, accidents can still happen. But a lot can be learned from those mistakes.

"It's all repetition," Borkowski said. "Starting slow. We don't start full speed until each kid gets it."

Borkowski has been coaching football for 14 years. He knows a thing or two.

"The heads up mentality," Borkowski said. "See what you're tackling. Don't get too low. Don't look at the ground. Don't tackle with your head. Always shoulder first."

It's not so much about the strategy, though, they're working on it.

Borkowski said it's about teaching kids to be in control of their body, and avoiding injuries to the head, neck, and spinal cord.

"Especially at the young age because that effects the rest of their lives too," Borkowski said. "I mean they're making helmets better and better but they're never going to be fully safe so it's just teaching them the basic fundamentals."

But he said even the more seasoned players who know what to do might make split second decisions that cause injuries. That just means it's back to the drawing board.

"Football builds a lot of good qualities in children," Borkowski said. "The whole way up. So I don't think that small chance of someone getting hurt should effect a child's life long development skills and growing into a good adult with all of the qualities that you can learn from football."

It is unknown at this time how the football player from Kennard Dale got injured. You can expect more on this story as FOX43 gets more answers.