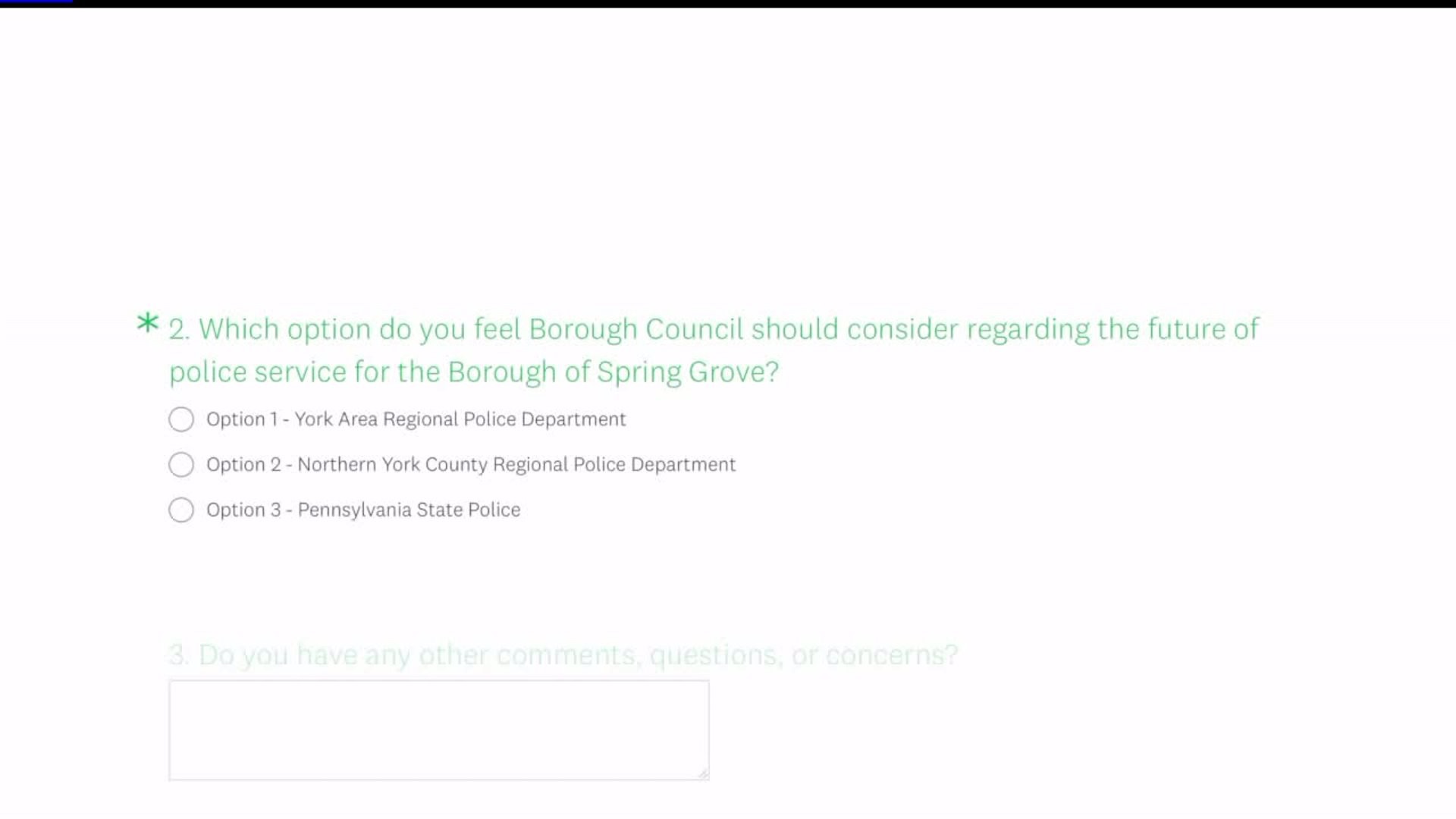 Two municipalities have already made their choice. The other two are still making decisions. Spring Grove is asking it's residents to weigh-in with a survey to help decide which police department will cover the borough over the next five years.

The Southwestern Regional Police Department will soon be no more, after the largest of it's four municipalities, North Codorus Township, decided to seek services elsewhere, leaving them in a financial hole.

The municipalities are looking at the following options to be their departments: York Area Regional, Northern York County Regional, or state police.

"We have a presence here," Deputy Chief Dave Lash, Northern York Regional Police, said. "We know the residents of the Spring Grove area. We know their children and based on the amount of service we have out here, we can provide 3 officers out here all the time."

"We have the opportunity to hire their officers who are familiar with the area," Chief Tim Damon, York Area Regional Police, said. "We're an accredited agency which there's only 120-ish out of about 1,200 police departments in PA that are accredited."

But some residents could not care less about the numbers and stats of both departments presented.

"I want to know whose covering me," one resident said. "I want to meet police officers who could potentially be covering our area."

For now  residents are being asked to fill out a survey by Friday. It asks two questions: Are you a resident? And which police department do you feel the borough should consider?

Council said they'll take a vote at either their November or December meeting. Coverage could begin as soon as January 1st, 2020.