Brian Laundrie's sister says her parents aren't speaking to her

She says she's just as "blown away as everybody else" about how it appears her parents are handling the situation. 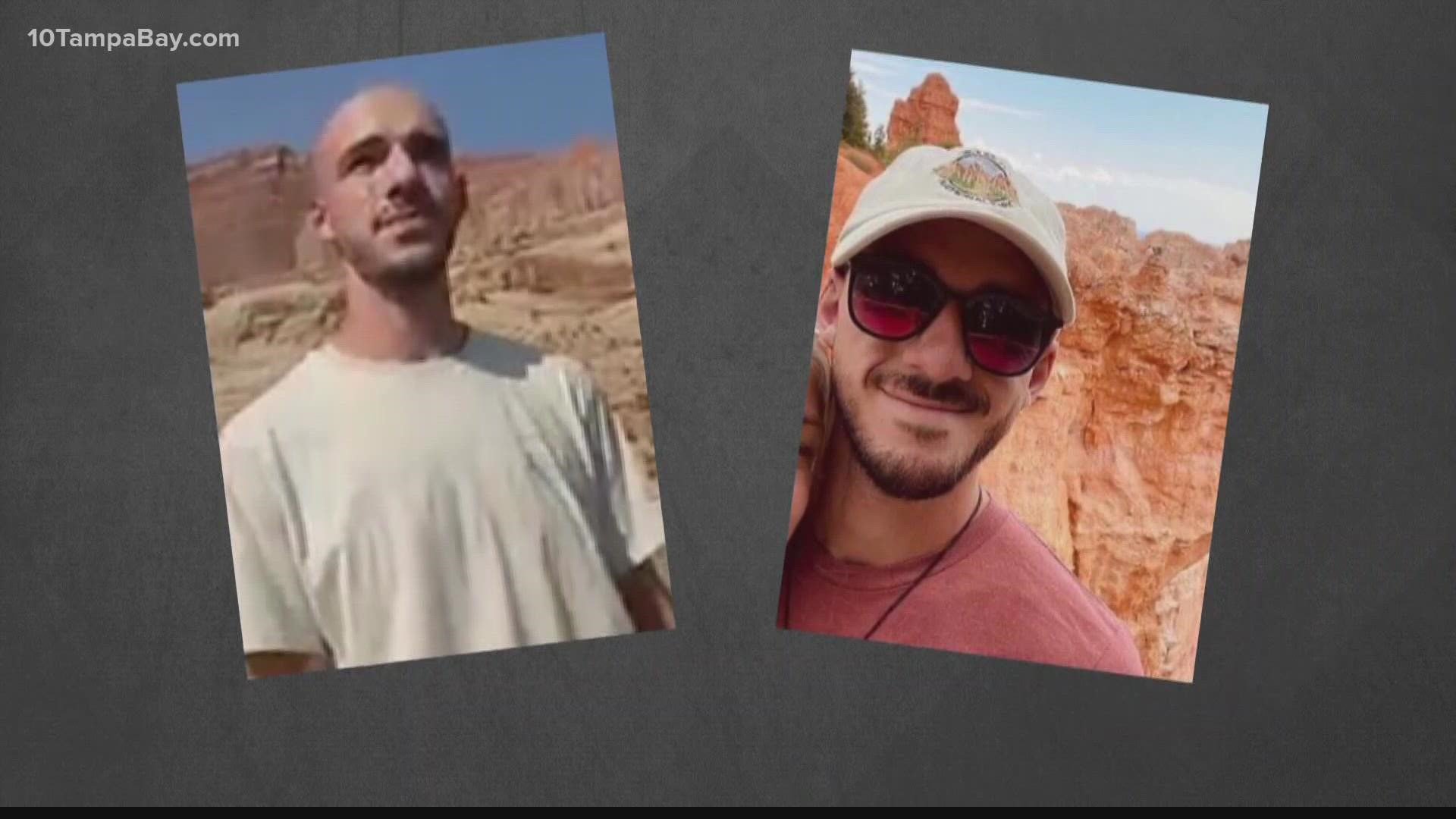 NORTH PORT, Fla. — Cassie Laundrie is once again publicly talking about her brother and the disappearance of his fiancée, Gabby Petito.

In video, obtained by NewsNation Now, she spoke with a small group of protesters outside her home on a range of topics surrounding the case.

While some answers to the protesters' questions were met with "I don't know" or explaining that the FBI investigation prohibits her from saying more, Cassie did want to get one thing straight.

She claims the media "ended up misconstruing" her response regarding the last time she saw her brother. According to Cassie, she was asked what the "Weirdest thing about this all?" was to which she replied with not being able to speak to her brother since learning about Gabby's disappearance on Sept. 11.

According to her account, Brian and their parents came to her house in the Mustang, not Gabby's van, on Sept. 1.

"I did not know that he took that van back. I found out the next day with everybody else," Cassie said.

The next time she saw them was at Ft. De Soto on Sept. 6 at a campsite. She says her family visited with Brian and their parents for a few hours to have dinner and that "nothing came up" about Gabby while there.

"We are just as upset, frustrated and heartbroken as everybody else. And I am losing my parents and my brother and my children's aunt and my future sister-in-law on top of this and you're not helping that," Cassie said before adding her parents aren't speaking to her for unknown reasons.

Since the investigation began, Cassie also shared that they've met with the FBI multiple times, have been finding new developments out on the news and "want answers" of their own.

RELATED: Search for Brian Laundrie: 10 things you need to know

"I'm in the boat where I'm getting ignored by my family and thrown under the bus by my family's attorney," she said.

As for her parent's actions? Cassie told the protesters she was "just as baffled and blown away as everybody else" when it comes to how they've been perceived to be handling the situation.

A flight taken by Brian on Aug. 17 to return home was also briefly discussed. His attorney says Brian flew home "to obtain some items and empty and close the storage unit to save money as they contemplated extending the road trip."

One of the protesters at Cassie's house was TikTok user Olivia Vitale who goes by @chroniclesofolivia on the app. She shared her own video of the exchange with 10 Tampa Bay.

"It just really happened, we did not plan for it at all. We just showed up and Cassie decided to break her silence and she was saying that her kids were upset and she just wanted to get some things off her chest," Vitale said.

Vitale shared that her own brother, Mark, went missing in 1986 before she was born and was found dead three weeks later. She said stories of her family's experience and the loss they still feel continue has impacted her to advocate for the missing.

Vitale said the exchange with Cassie helped provide more clarity about whether or not she had a role in Brian's disappearance.

It's been more than two weeks since investigators began searching for Laundrie after being called out to his family's home. At this time, Laundrie's exact whereabouts are still unknown.

On Sept. 23, a federal arrest warrant was issued for Laundrie following a grand jury indictment in connection with the Petito case.

Court documents show the federal grand jury charged Laundrie with "knowingly with intent to defraud" using a Capital One debit card in the amount of at least $1,000. The action happened on or about Aug. 30 through Sept. 1, the documents say.

Petito, 22, was reported missing on Sept. 11 after heading out on a cross-country road trip this summer with Laundrie. He would return home 10 days earlier to North Port without her.

On Sept. 21, the body found in Bridger-Teton National Forest was positively identified as Petito, the FBI in Denver confirmed.

Anyone with information on Laundrie’s whereabouts is asked to call 1-800-CALL-FBI.