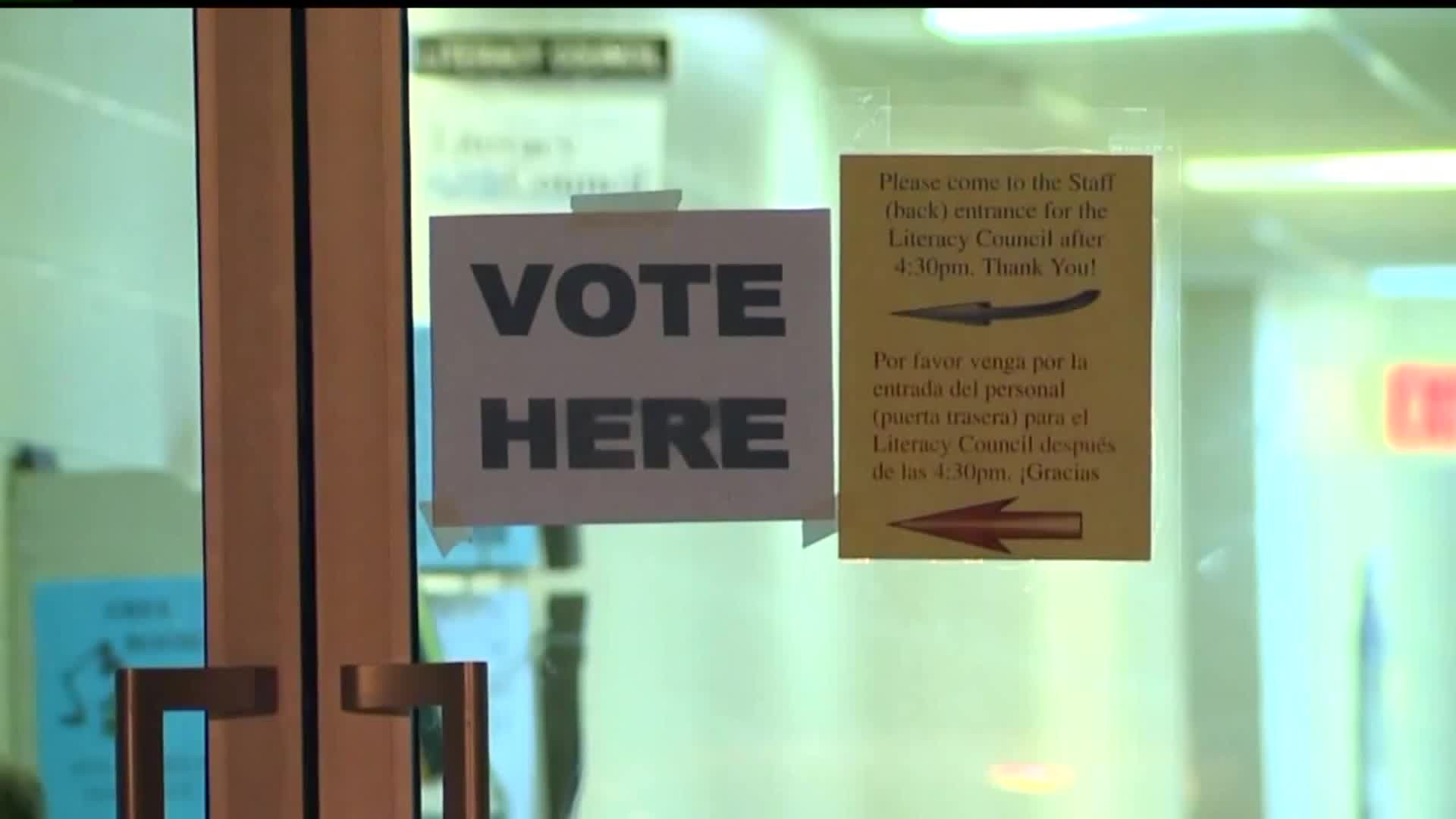 However, the county also recognizes the special election is an opportunity to find solutions to voter complaints over privacy concerns and long waits at the polls that plagued the election last year.

Read more about the candidates here.

"It's almost a blessing in disguise that we have this," said Mark Walters, county spokesperson, who spent the day with many York County commissioners visiting polling places to speak to voters, poll workers and election judges. "It's an anticipated lower turnout and, so that gives us the opportunity to kind of put the training wheels back on and see where we stand as far as the machines, the lines, all sorts of the issues that we had heard about," said Walters.

Voters complained last year, among other issues, that the county did not have enough paper ballot machines at each precinct. In 2019, only one machine was assigned to each precinct. On Tuesday, the county tested placing more machines inside precincts.

"They definitely had more scanners. At the last location they had one," said Chris Izzo, whose polling location was moved from Starview United Church of Christ to Northeastern School District's administration building in East Manchester Township. "This one they had 3, which is good. Made things move a lot quicker."

However, Walters confirmed York county has not yet purchased any additional machines. Right now, the county owns 180 machines at $4900 a piece.

"Same scanners. Just, obviously with ohly 19 polling locations today there was a lot sitting in storage since we don't have all 159 polls open," said Walters.

Voters also reported that many polling places had better privacy on Tuesday.

Voter Dave Kinsey, who cast his ballot in Newberry Township, also said his voting experience was easier on Tuesday.

"It was definitely easier. It was a little confusing last time," said Kinsey, who said it only took him two minutes "at most" to vote.

The county hired a new elections director, Steve Ulrich, after the county's former election director submitted her resignation. The special election on Tuesday was Ulrich's third day on the job.

"He's spending some time in Lebanon County today, " said Walters. The entire county of Lebanon falls within the 48th district, allowing Ulrich to study how elections are run when there is a higher voter turnout. Only parts of York County fall into the 48th district, making only a small number of voters eligible to vote on Tuesday.