Soldiers deploying overseas celebrate being home for the holidays

‘Home for the holidays’ has special meaning this year to 31 Pennsylvania Army National Guard soldiers at Fort Indiantown Gap in Lebanon County. Days... 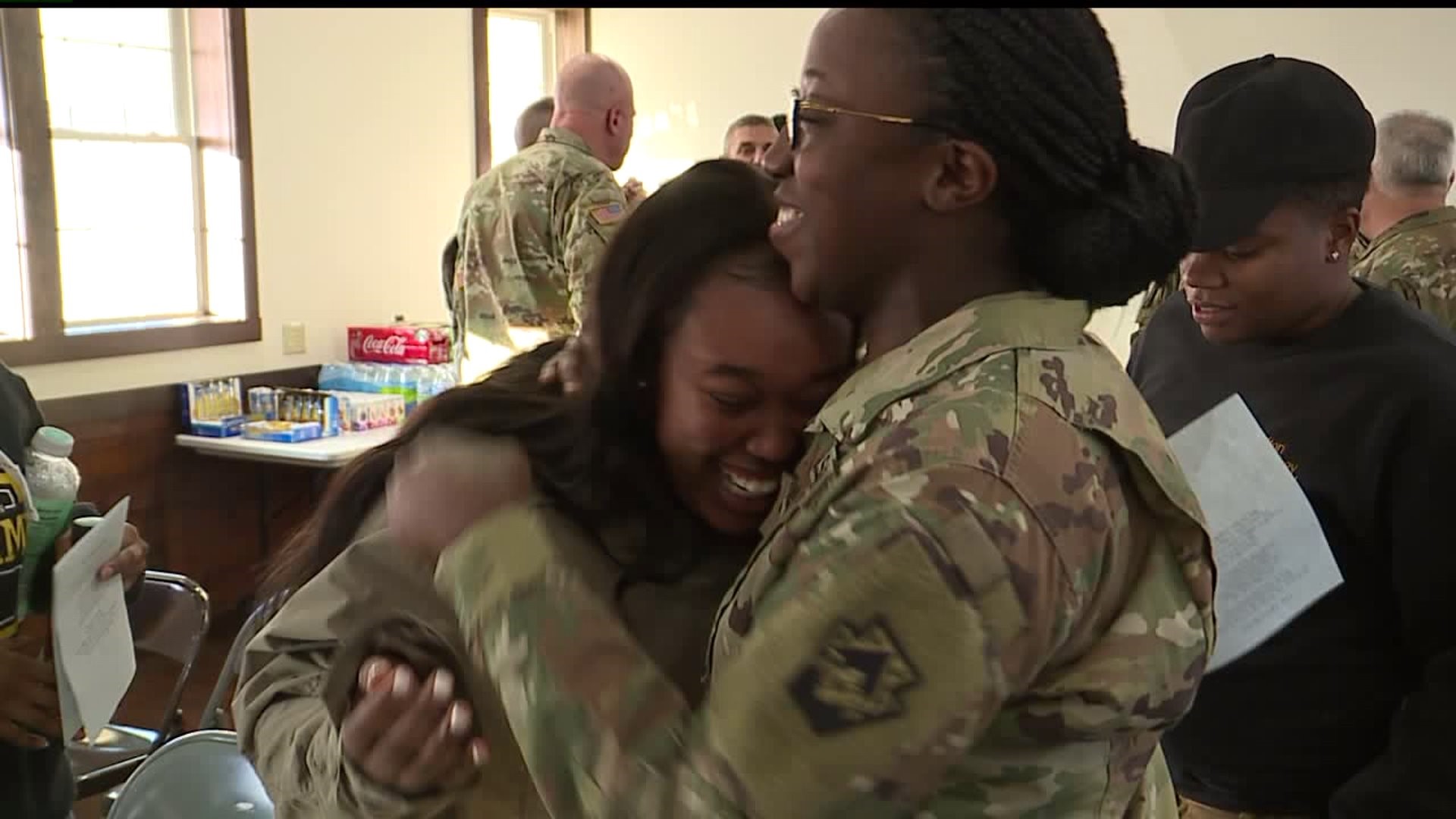 'Home for the holidays' has special meaning this year to 31 Pennsylvania Army National Guard soldiers at Fort Indiantown Gap in Lebanon County.

Days from now they will pack up for a nine month deployment that will take them to Texas and then to the Middle East.

Many of the 31 faces in the crowd admit, this is their first deployment. Saturday, they stood together at Fort Indiantown Gap for a farewell ceremony amid family and friends.

"I think it's really good that we have the holidays right before we leave so we get that family time. But, it's also a tearjerker because right after the holidays I have to leave," said Spc. Shania Grimes, who hugged her best friends who came to support her.

Grimes tears up when she reflects that she will miss her friends 21st birthday as she heads off on her first deployment. She admits, she's nervous, as her friends express to her how proud they are of her in this moment.

Sgt Devon Williamson, meantime, is looking forward to a trip to Texas, where he will finally see his family again including his mother, stepfather and his little brothers. He admits, Christmas is his favorite holiday.

"My family is in Texas and I'm in Pennsylvania," he said. "So, I'm going to travel and see them. It's going to be fun."

Williamson said, while on deployment, he plans to be on his phone and computer as much as possible in order to stay connected to his family. And, he encouraged anyone thinking of joining the Pennsylvania Army National Guard to "do it. It's worth it."

"I felt like, you know, I was being stuck in one position. So, I wanted to better myself and move forward with life. I feel like it was a good decision," he said.

The soldiers with the 213th Personnel Company are deploying in support of Operation Enduring Freedom, Freedom Sentinel, and Inherent Resolve to support operations designed to maintain a U.S. military presence throughout the Middle East. The soldiers will provide human resources assistance to other service members who support all three operations

Cpt. Sharlene Rodriguez is serving as officer in charge.

"I'm just ready to go serve my country. Be able to be a leader overseas," she said. Rodriguez said the upcoming holiday will be a 'family overload' as she prepared to say goodbye. When asked if she is nervous or excited for deployment she said "I think excitement takes over more than being nervous."

As for what the soldiers plan to do when they return home, many shared the following dreams: buy a house, buy a car, and go on a cruise.