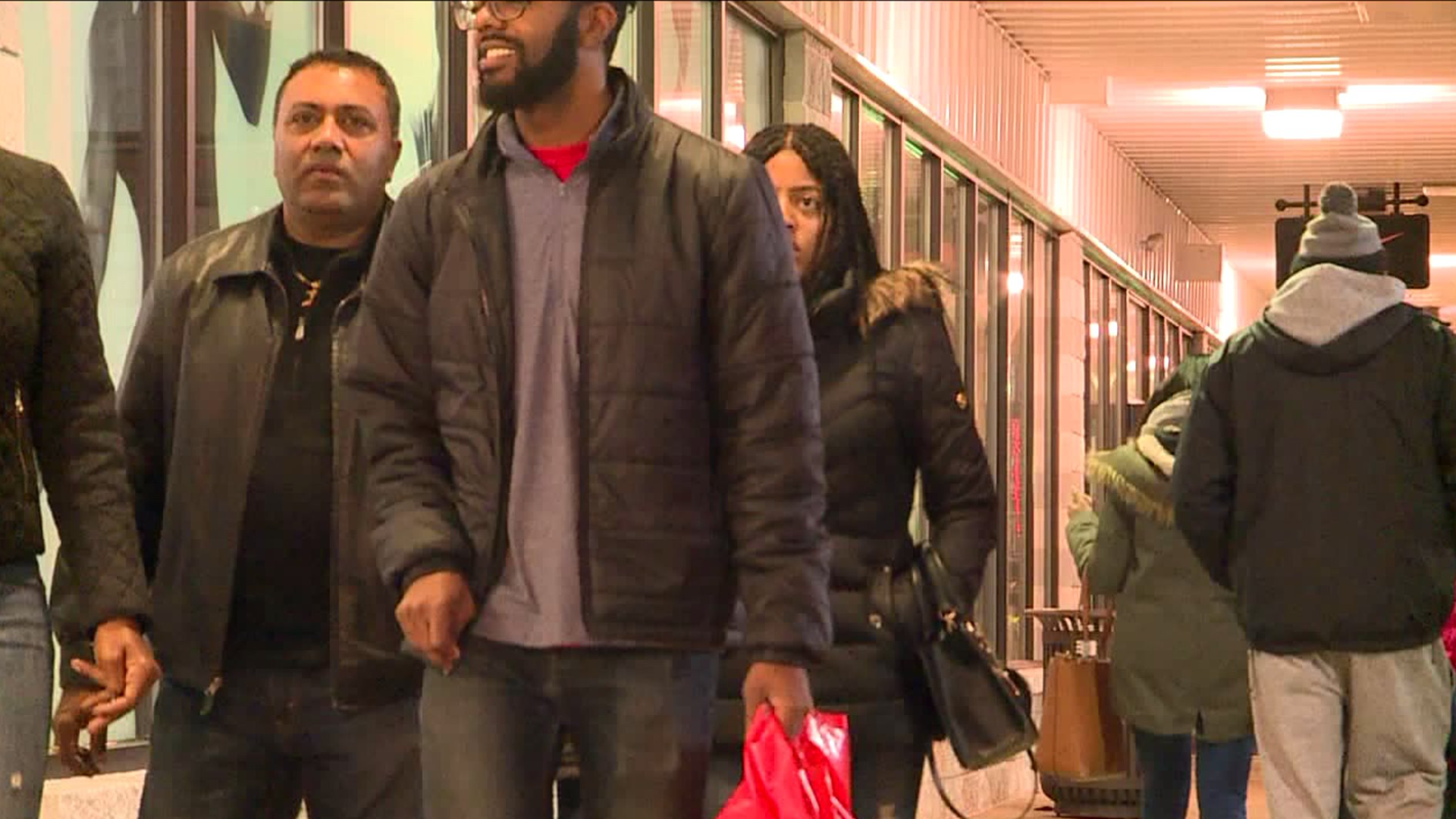 EAST LAMPETER TOWNSHIP, LANCASTER COUNTY, Pa. -- After more than a year, the parking lot at Tanger Outlets in Lancaster County is finally open.

People celebrated its opening outside the stores in East Lampeter Township and took part in the outlet's annual tree lighting ceremony.

"I like the tree because it has a gigantic star on top," said 6-year-old Maverick Ross of Lancaster County.

"It's exciting. I mean, Black Friday is late this year, so we're trying to suck up all the activities," said Tiffany Ross of Lancaster County.

"We're so thrilled we made it for the biggest shopping period of the year," said Monica Trego, general manager of Tanger Outlets Lancaster.

When the parking lot collapsed last August, it left behind a giant hole.

"It was really big," described Maverick.

"Initially, it was called a sinkhole, but they [engineers] did determine it was a parking lot collapse due to the storm wanter management systems and the excessive rain," explained Trego.

The collapse also left employees and shoppers without 150 parking spots for more than a year.

"It has been pretty hard to find a parking spot," explained Ross.

Flash forward to this July: A fire erupts as crews install a new storm-water system.

"We were just in disbelief that we were having this situation upon us," said Trego.

Nobody was injured when the parking lot collapse, and Trego says all the stores remained open despite the lack of parking spaces.

Now, just days before Thanksgiving, Trego says she couldn't be more excited for the holiday season.

"We are so thrilled the construction team working on it was so diligent to meet the deadline of getting this complete before Black Friday," added Trego.

Shoppers will notice some construction at Tanger Outlets Lancaster; one of the buildings is being renovated.

Officials say shoppers should not worry; the parking lot and all stores will stay open over the holidays.