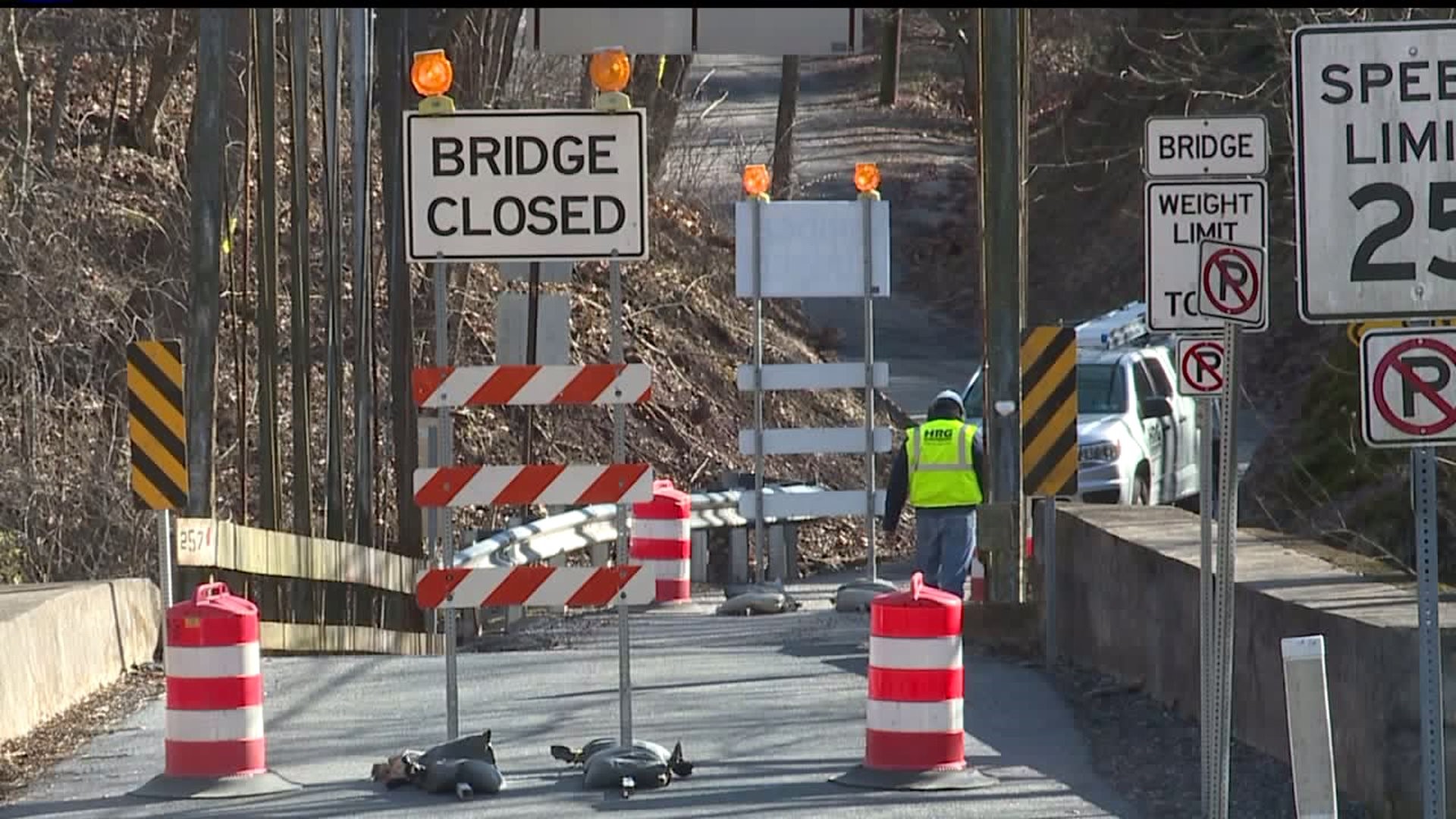 LOWER ALLEN TOWNSHIP, Pa. - The Sheepford Road Bridge over the Yellow Breeches Creek, which connects York and Cumberland Counties, has failed a safety inspection and is closed indefinitely.

"I was down at the bridge and was told down there that the bridge will be remaining closed for a while and I feel sorry for the man who had to tell me that because I will admit that I got choked up," Janice Lynx, who lives next door to the bridge, said. "And felt really sad in spite of knowing that that was going to happen."

Due to the poor condition of several components of the bridge and evidence it's being used by overweight vehicles, engineers determined it's no longer safe for traffic.

"We're fully aware that the bridge is in bad condition and needs to be repaired," Lynx said earlier in the week. "But that's what we're hoping for, that it will be repaired and restored. Not that it will just be permanently shut."

York County told FOX43 what would happen next is undetermined, but the bridge is for sale on PennDOT's bridge marketing website, and has been for several years.

"The bridges on our website is a way to cover all avenues," Jeremy Ammerman, Cultural Resource Professional of PennDOT, "To field the interest of the preservation community. It could be removed from that list if the county or the local owner looks to rehab or do other work, but this is a way to kind of gauge interest."

PennDOT doesn't own the bridge, but at any point, bridges like this could be eligible for federal money, and could become a PennDOT project if pushed through by the local governments.

Ammerman said back when this bridge was built in 1887, its weight capacity was probably 12-15 tons. Today, a bridge like this would likely be designed to carry 40 tons. Wednesday's inspection revealed it only has a 3-ton limit.

"Rehab might not be enough on this bridge, or any bridge, to get it up to where the current roadway needs are," Ammerman, said. "Which is exactly why they're pursuing all avenues."

As for now, it's a waiting game, to see what York and Cumberland Counties decide to do next.

"Our plan is to get everybody working together for the same goal which is to save the bridge," Janice said.

A four-mile detour will be posted soon.