There are guidelines for limited real estate operations in Yellow Phase counties. But, for the majority of Pennsylvania, no buying/selling since March 18th. 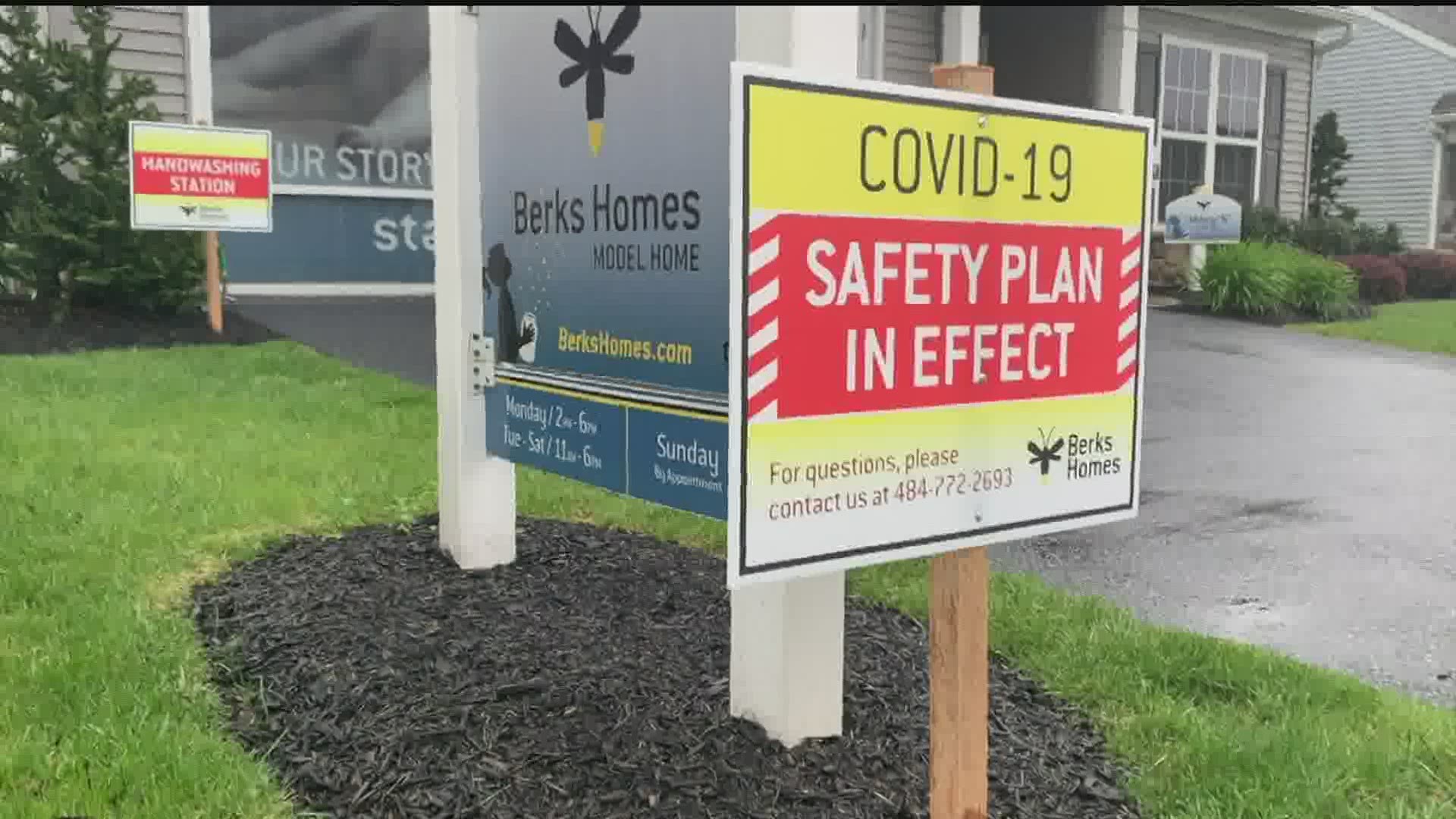 HARRISBURG, Pa. — Pennsylvania is the only remaining state in the nation where you can't buy or sell a home in all counties as of Friday. There are limited operations available for real estate if you live in a Yellow Phase county. But, for the majority of the commonwealth, home buying and selling hasn't happened since March 18th.

State Representative Tom Mehaffie, III (R-Dauphin County) co-sponsored HB 2412 that would label the real estate industry as an essential business and allow the buying and selling of homes to resume all across Pennsylvania.

"We want to make sure people are safe, but that businesses can act in a safe manner," Rep. Mehaffie said. “I’ve seen it done through Zoom, in other ways. If it’s not one-on-one, it can be done through the computer.”

The Greater Harrisburg Area Association of Realtors (GHAR) sent out a letter Thursday rebuking Governor Wolf's continued labeling of home buying and selling as non-essential. As this legislation continues to move forward, they acknowledge their ability to abide by CDC guidance.

"Masks, gloves foot coverings, all we’re prepared to engage in all of that," Jordan Piscioneri, President of GHAR said. “It’s very clear we as an industry can move forward in a way that is safe. As an association, as an industry, we have told the governor that and we have just been ignored.”

Selling and buying during COVID-19 will look very different.

“We are not suggesting open houses, going on an all day tour with our buyers looking at ten different homes," Piscioneri said. “You’re going to see buyers and sellers that start the process online, get in touch with agent, show it virtually and then and only then are they going to do that physical showing.”

In the meantime, even though the majority of realtors are eligible for unemployment under the federal CARES Act as 1099-filers, aid still can be hard to come by.

“This is rally starting to impact not just on buyers and sellers, but are agents really are as well. They're not really providing the relief needed," Piscioneri said.

Legislators also say that opening up the real estate industry is a vital aid to the economy.

“It’s also important to our economy, because there’s that 2% transfer tax that goes to our state, local government and school districts," Rep. Mehaffie said. "We have to have a healthy economy with healthy people.”

As of Friday, HB 2412 is in committee in the State Senate after it was passed by the State House earlier this week. It is expected to have bi-partisan support.