DERRY TOWNSHIP, DAUPHIN COUNTY, Pa. – Outside the Giant Center, President Trump’s supporters were there early to stand in line to get the best seats... 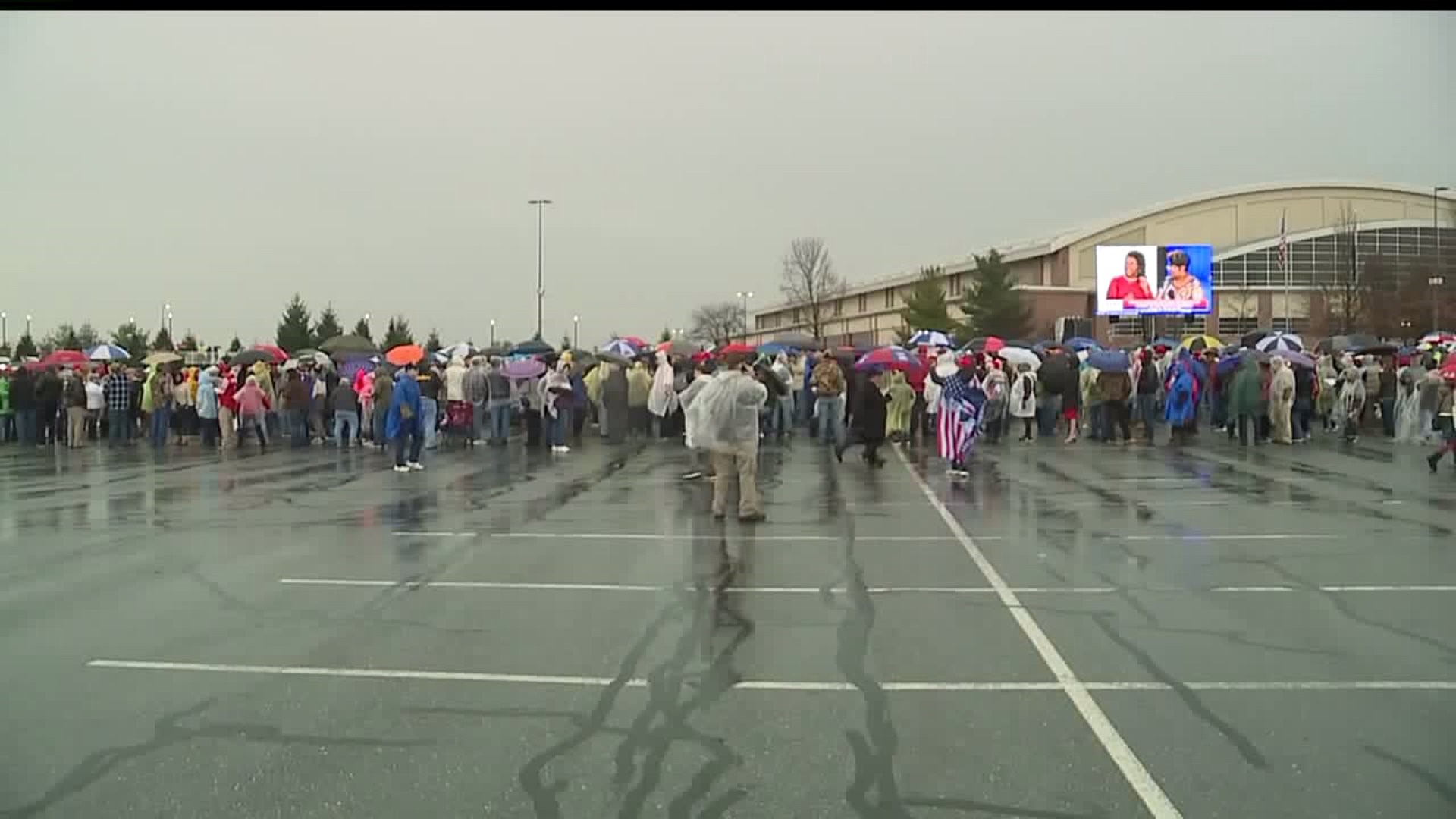 DERRY TOWNSHIP, DAUPHIN COUNTY, Pa. - Outside the Giant Center, President Trump's supporters were there early to stand in line to get the best seats at the rally.

President Donald Trump hats, sweaters, umbrellas and signs. Those were the sights outside the Giant Center ahead of President Trump's Keep America Great rally, Tuesday evening.

“I’m just so upset with this impeachment process," said Roland Wilhelm. "I just owe this to our president.”

Coincidentally, House democrats filing articles of impeachment against the president Tuesday morning as his supporters filed in line ahead of his rally. They tell me, impeachment talk is not swaying them.

“Democrats and their hate is going to give them a big fat zero," said Wilhelm. '"And Trump’s going to win 2020. The whole thing is just turning people off.”

As far as 2020 is concerned, Pennsylvania will be a battle ground state and the president will likely be back in the area again before the election.

"Absolutely [I will vote for Trump], there’s no question. My whole family is," said Wilhelm.

FOX43 even spoke with a man who's changed his thoughts on Trump since 2016.

“I did not. I didn’t. But a lot can change in four years when a man actually does what he says he was going to do," said Jose Nunez. “I think just stand with somebody will protect my amendment rights and will protect my freedom of speech as well as my right of passage.”

When FOX43 asked Trump supporters at the rally what the biggest issues are this some said immigration.

“If you don’t let somebody into your house," said Art Plotka. "You shouldn’t let them into your country as well.”

While others told FOX43 it's Second Amendment rights.

“My second amendment rights should be protect and I think I should be protected when I feel unsafe," said Nunez. "And I don’t respect anyone that wants to take that away from me or the people in this country.”

While other supporters of the president just want to have a good time at his rally.

“I drove 170 miles," said Edward Young. "I hope to be entertained because look nobody has made politics this fun, it’s going to be very entertaining but I hope to hear him dismiss the nonsense of this impeachment travesty.”