NORTH LONDONDERRY TOWNSHIP, LEBANON COUNTY — After more than six months of repair work, a portion of Route 422 in Lebanon County is back open once again, ... 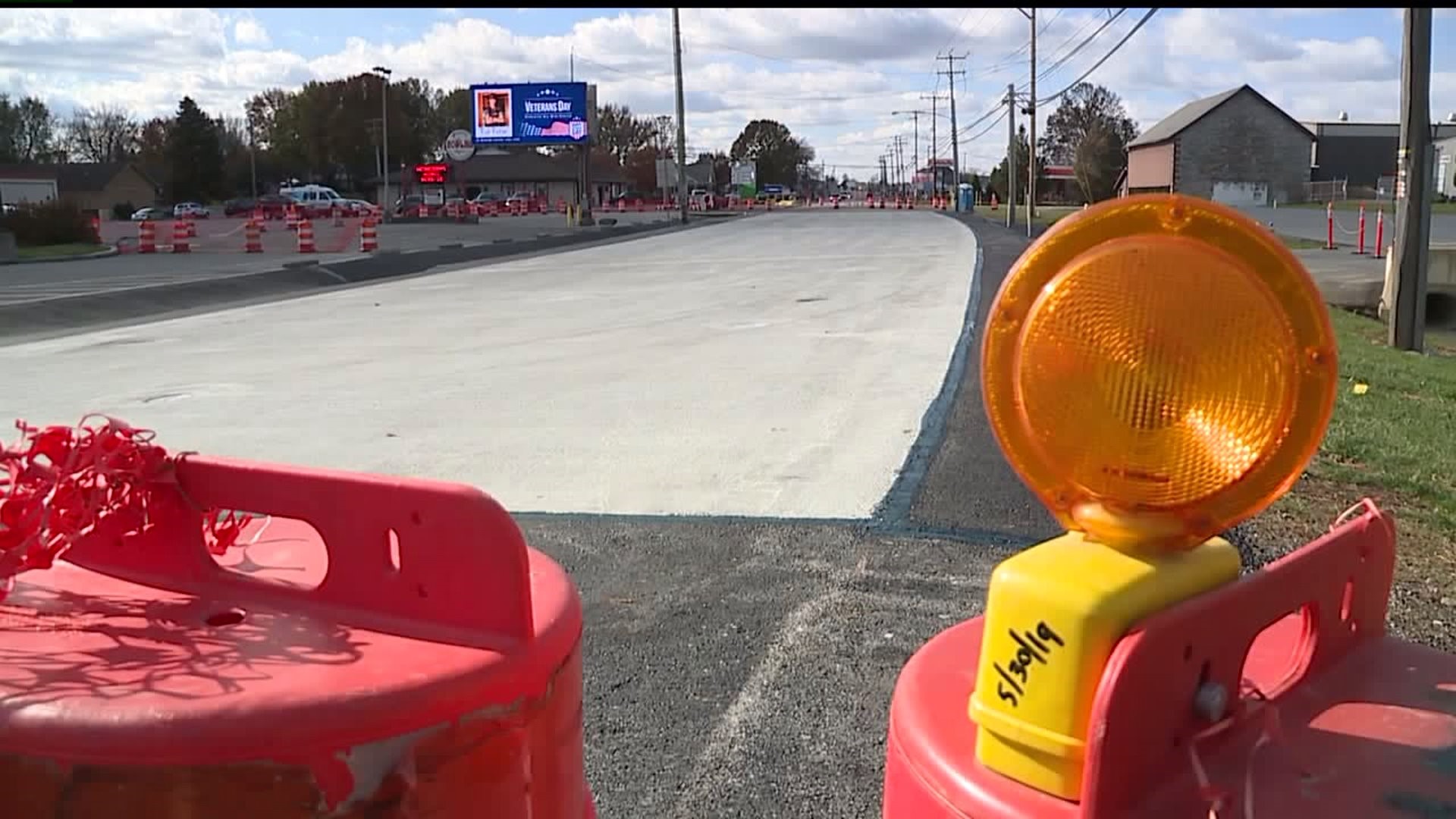 NORTH LONDONDERRY TOWNSHIP, LEBANON COUNTY -- After more than six months of repair work, a portion of Route 422 in Lebanon County is back open once again, the Pennsylvania Department of Transportation announced.

The roadway opened up to traffic at about 1:30 p.m., a PennDOT spokesperson told FOX43.

Construction crews and equipment were at the scene for months, while work was being done to repair the massive sinkhole.

After multiple depressions were found, PennDOT had no choice but to close the road. It turns out there was a significant void underneath, anywhere between 17 feet to 180 feet down. The solution was a concrete slab; 38 feet wide, 300 feet long, and two feet deep.

The slab is supported by what's called 'micropiles,' 84 of them, which are made of steel and concrete.

"We don't want to call this a fix because as you know, this area is very prone to sinkholes and while we can do a repair, there's nothing we can do to permanently fix this situation," Fritzi Schreffler, a PennDOT spokesperson, said.

But PennDOT has installed portholes which will allow them to see if there are any changes to the ground using a camera.

"We'll be able to lift these up and look at various areas," Schreffler said. "Like I said, there are about 30 of these in this area, so we can monitor what's going on."