Will the results of the Presidential election change? Chances are 'minimal,' says one expert

Results have to be within .5% for a recount to be automatically triggered in PA 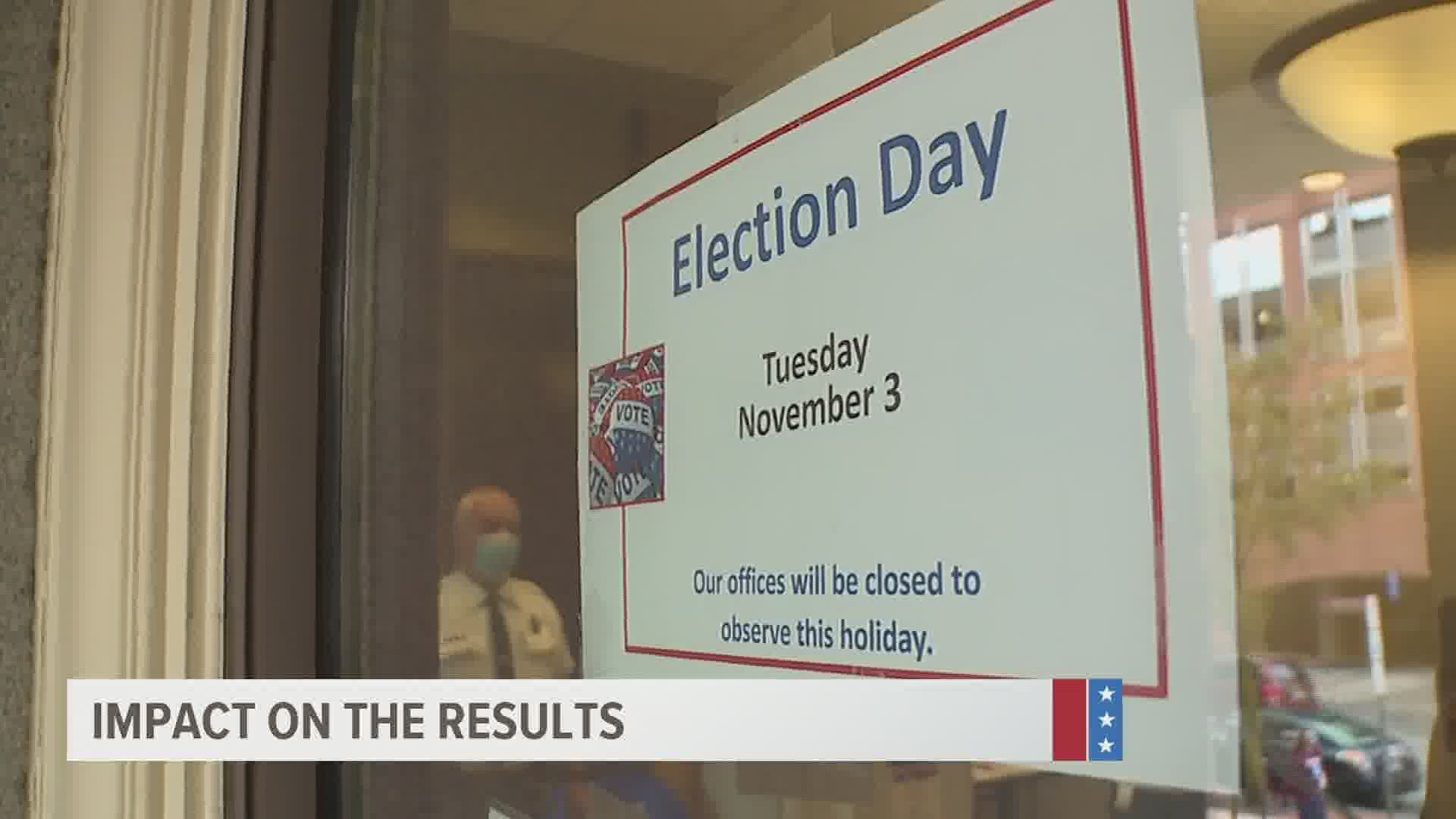 The chances that legal challenges or even a recount in Pennsylvania could change the results of the Presidential election are 'minimal,' said one legal expert.

"Even if some of this litigation is successful, I don't expect the result of the Presidential election will change," said Michael Dimino, law professor at Widener University Commonwealth Law School.

Dimino acknowledged some legal challenges have already proven successful for President Trump. However, even with a win in Pennsylvania, Trump currently does not have enough electoral votes to reach 270.

"Some of the concerns about the way that votes were counted, the limited access that poll watchers had over the vote counting process, courts have decided already in favor of the President," said Dimino. But he added, "I think the likelihood that any of those challenges will not only be successful but will result in flipping enough votes so as to change the results in Pennsylvania and at least one other state is minimal."

Dimino said all votes also need to be counted before anyone can challenge the results and ask for a recount.

"If the vote is within one half of 1% the recount is automatic," he said.

Until the final results, he said there's nothing a candidate can do except what President Trump's legal teams are doing now which includes pursuing other litigation.

Legal action following the Presidential election. But will it change who won the Presidency? See why one expert tells me the chances are 'minimal.' Full story on @fox43 at 4 and 5 #election #pennsylvania #elections2020 #Election2020 #biden #trump #vote #president pic.twitter.com/tAO9R8t0tD

One challenge lies over the deadline to receive mail-in ballots. Prior to the election, the Pennsylvania Supreme Court decided mail-in ballots postmarked on the day of the election could count as long as those ballots arrived by the 6th. Republicans challenged that decision in the US Supreme Court by arguing that the ballot deadline should be decided by the legislature. However, the US Supreme Court did not strike down the policy even though it kept the door open to revisit it in the future.

"I think that remedy question is really the toughest thing republicans will have to deal with," said Dimino, as he noted voters who postmarked their ballots by November 3rd and had them delivered before the 6th were following guidance from the PA Supreme Court.

"To discard ballots that were received in reliance on the Pennsylvania Supreme Court's order would be very intrusive into the election process and would be perceived, rightly or wrongly, as disenfranchising however many voters fall into that category," he said.

Electors are scheduled to meet in December and the inauguration is set for January 20. He said voters, meantime, can likely expect quick decisions from the courts.

"Courts very often fast-track election cases because everybody realizes the importance of having these issues resolved as soon as possible," he said.