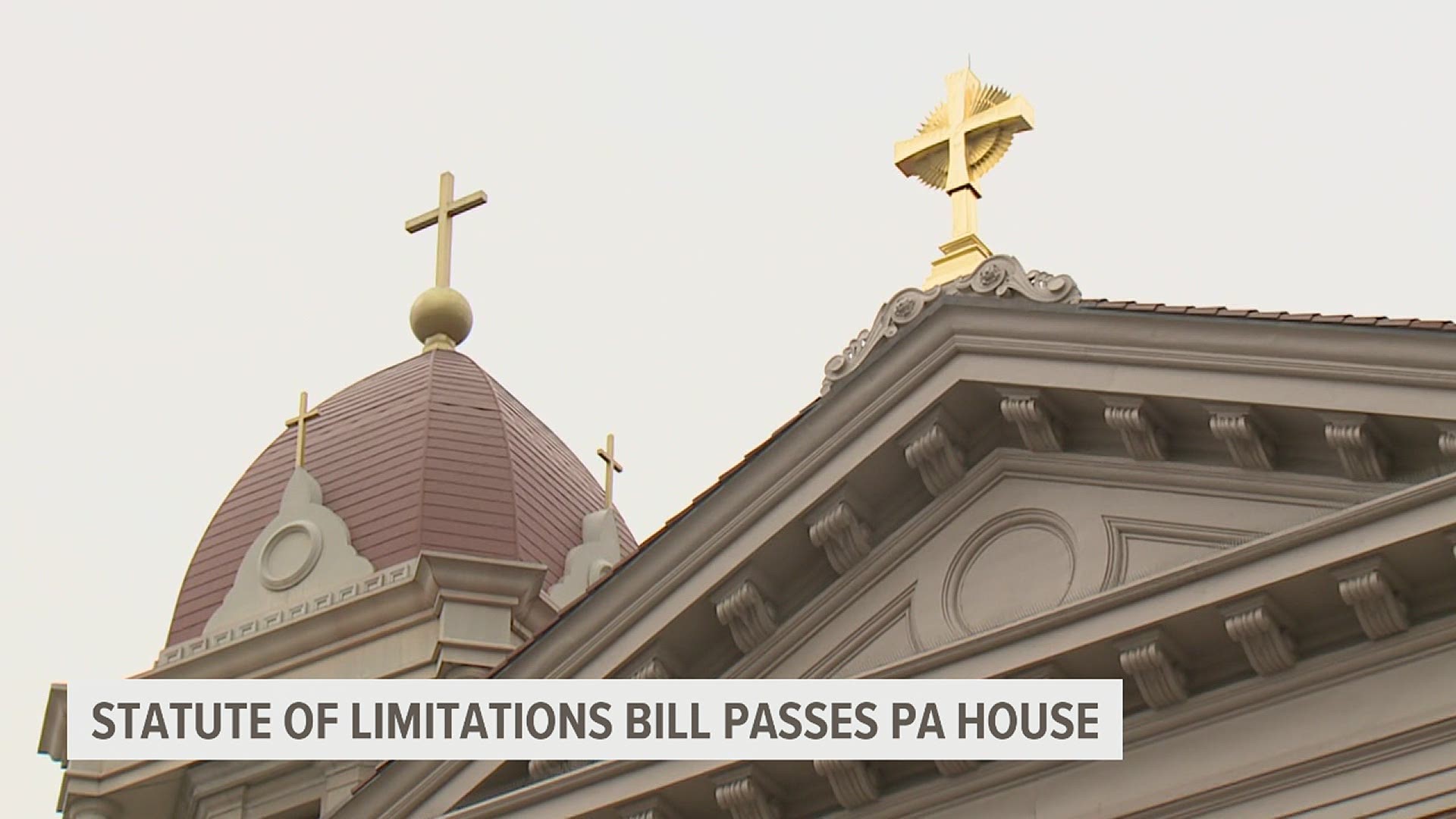 HARRISBURG, Pa. — The Pennsylvania House passed a bill allowing victims of childhood sex abuse a window to sue their abusers.

The bill passed 149-52 on April 7. It gives a two-year window for survivors to sue both public and private entities.

This bill does not need a constitutional amendment, which is something experts say could lead to legal challenges. A separate bill that would alter the state constitution is currently going through the General Assembly.

Check out the full clip above.