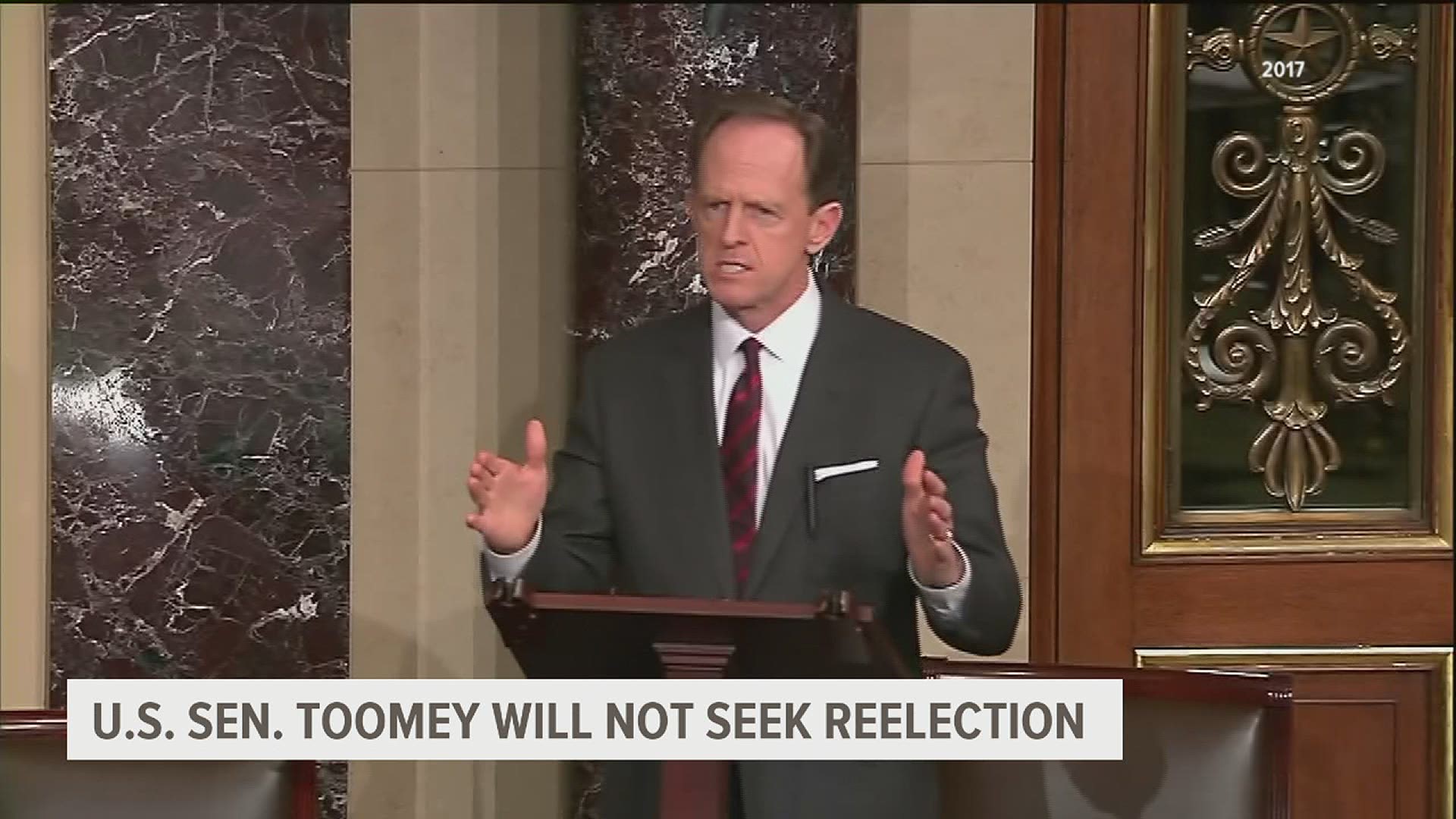 Republican Party committee members in Pennsylvania are meeting remotely, for hours, in what involved a discussion of whether to censure U.S. Sen. Pat Toomey.

Toomey’s vote to convict Donald Trump during the former president’s second impeachment trial — and his earlier assessment that Trump had committed “impeachable offenses” in connection with the Jan. 6 attack on the U.S. Capitol — set off a wave of county party condemnations of Toomey.

Toomey is one of seven Republicans who voted to convict Trump of “incitement of insurrection.”

In the days after, County party officials said the state GOP chairman, Lawrence Tabas, emailed them shortly after the impeachment vote to tell them that a meeting is being planned to discuss the Senate’s action.

State party brass have remained silent publicly about Wednesday night's meeting and didn't give an agenda.

A censure vote is a symbolic gesture, particularly since Toomey announced in October that he won't run again for office.