Protesters hold Stand Up to End the Shutdown at State Capitol

An anti-shutdown protest was held April 20 on the steps of the Pennsylvania Capitol building. More than 1,000 people gathered for the protest. 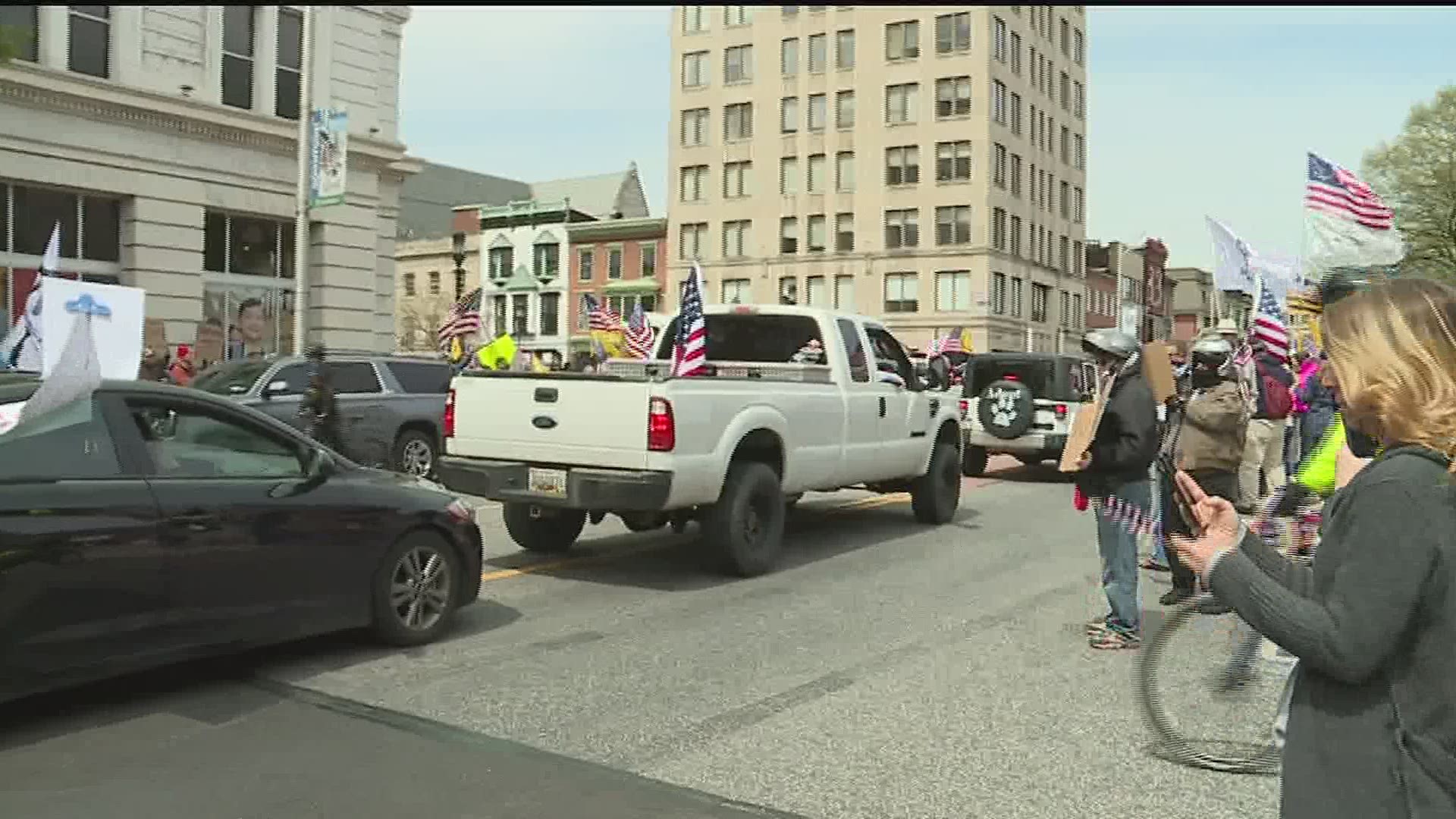 An anti-shutdown protest was held April 20 on the steps of the Pennsylvania Capitol building. More than 1,000 people gathered or drove around the Capitol complex perimeter to show their support.

Several groups organized the protest, called Stand Up to End the Shutdown: ReOpen PA, End The Lockdown PA and Pennsylvanians Against Excessive Quarantine.

The protest came as massive job losses caused by the coronavirus pandemic continue to mount; the number of unemployment claims in Pennsylvania was up 50 percent in March 2020 compared to March 2019.

“We all take risks. That’s part of living,” said Cole Young of Bedford County. “You gotta’ let life continue. Without incomes, without jobs, we can’t live it.”

Many people waived flags or held up homemade signs.

Most were not practicing social distancing. Some did not wear a mask, including some of the lawmakers present, like State Sen. Mike Regan (R-31).

“I don’t believe in the masks,” said Kate Camarro of Hellam. “The science isn’t quite there.”

Refusing to follow social distancing rules was a message to the government, protesters said, that people should be able to choose how much risk of exposure they’re willing to take.

“I’ll take my chances. I’m not afraid of getting the flu,” said Rick Fanucci, who drove to the protest from Scranton. “It’s all about good choices, good health and how people take care of themselves. I don’t need a nanny-state government taking care of me.”

In his daily briefing, Gov. Wolf announced a planned date of May 8 to lift the stay-at-home order. Though he has not extended the shutdown order into mid-May, as several other states have done, he has not given a specific end date.

The governor also responded to the protest, arguing the economy can’t reopen at the expense of public health, and the requirements that would signal a lower risk to public health have not yet been met.

“As much as we might dream of a magic wand, it doesn’t exist, and what we have to do is figure out how to make choices when [looking at] really unappetizing choices,” Gov. Wolf said.

Protesters warned prolonging the shutdown further could send many Pennsylvanians off a financial cliff. Nathan Ford of Bedford County, a massage therapist out of work since March, said he can’t support himself much longer.

“One day I’m going to run out of money,” Ford said.

Pennsylvania’s mitigation efforts have successfully flattened the curve, health officials have said, but the state is still seeing upwards of 1,000 new coronavirus cases a day. Furthermore the current reopening plan will not open everything at once, and there will still be limits on large gatherings.