Pa. lawmakers can bank over $100K a year; compared to the US, it's among the highest in the nation | Price of Politics

Pennsylvania taxpayers pay lawmakers a starting salary of $90,335 a year, third highest in the nation behind California and New York. 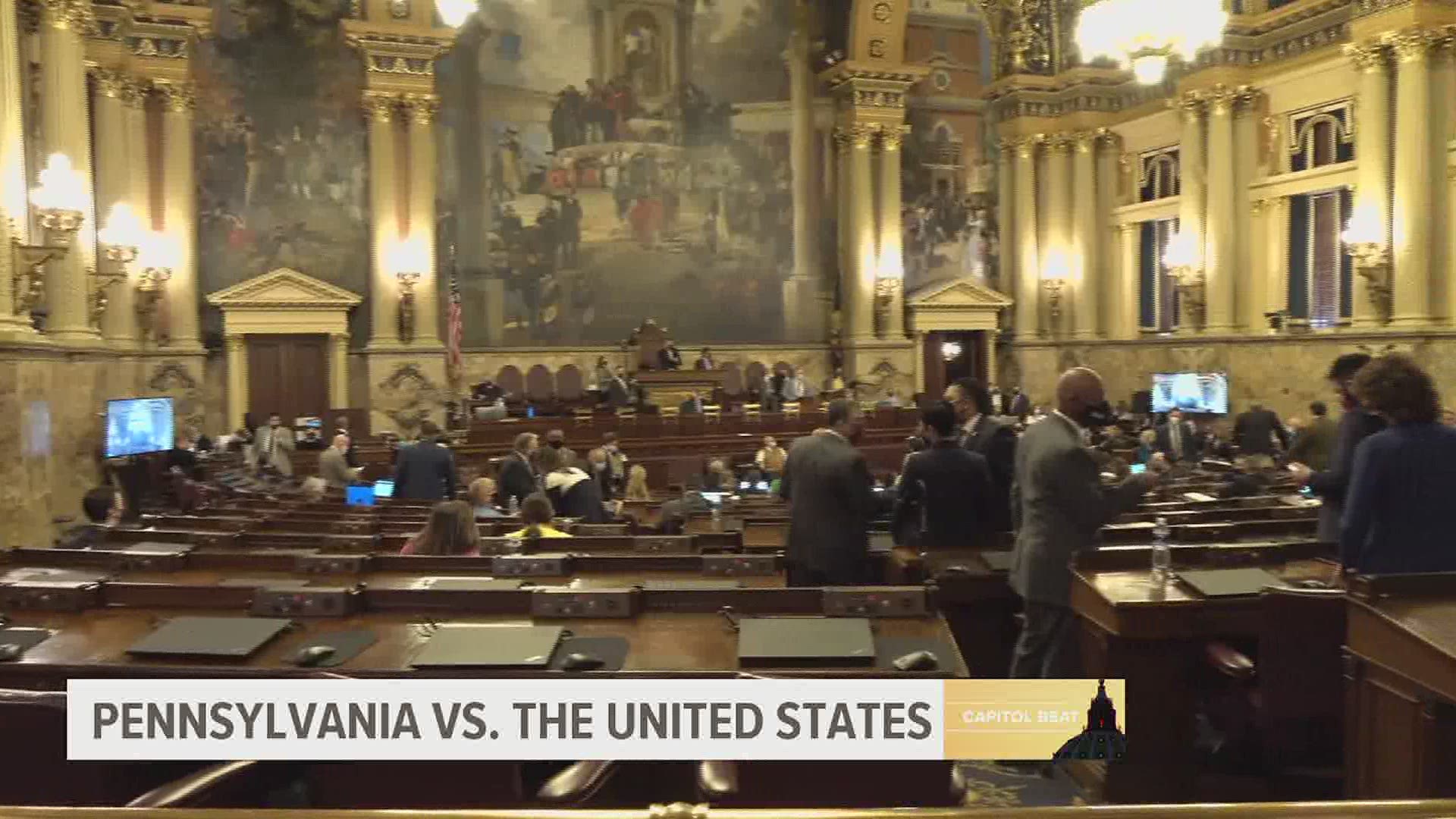 HARRISBURG, Pa. — Over the last two years, Pennsylvania state lawmakers proposed nearly 4,200 bills. Only 770 of those bills, approximately 18 percent, passed out of their respective committees, and fewer, 311 bills, approximately seven percent ultimately made their way to the governor.

Critics say it's proof of the commonwealth's inefficient government. State legislators say welcome to the system.

"Our founding fathers made it difficult to pass anything quickly," said State Rep. Patty Kim (D-Dauphin).

"The legislative process is desgined to be very regimented," said Speaker of the House, Bryan Cutler (R-Lancaster).

Pennsylvania lawmakers are taking a page out of the Philadelphia 76ers playbook when they ask citizens to trust the process works in getting legislation completed, but many critics are instead asking if the process is broken?

Karen Suhaka is not one of those critics. She does, however, study Pennsylvania's legislature, what bills they pass, and which gets ignored. As founder and head operator of the website BillTrack50.com, Suhaka not only looks at Pennsylvania's voting habits, but those of every other state in the United States, plus Congress.

According to her data, Pennsylvania has passed 28 percent of all bills and resolutions dating back to the 2010-11 session. It ranks right on the national average, which is 29 percent.

"It appears as though there's a culture where you're doing things for show and not wanting to actually change things," Suhaka said of Pennsylvania politics.

Pennsylvania's legislature is right on average when it comes to the percentage of bills it passes. However, where they struggle is at the annual cost to taxpayers.

When compared to states closest to the commonwealth in terms of population, Illinois, a full-time legislature like Pennsylvania, pays its lawmakers $69,464 per year. They also are able to collect $151 in per diem expenses, compared to the $178 to $200 Pennsylvania legislators may elect to receive. Illinois governor J.B. Pritzker also signed 650 bills into law last session.

Ohio pays its lawmakers $65,528 per year, and offer no per diems for meal and lodging expenses. Governor Mike DeWine signed 110 bills into laws last session.

Corman makes a legislature-leading $141,019 a year. There is an annual cost-of-living increase tied to annual U.S. Department of Labor figures, although salary-increases were frozen in 2020 due to the COVID-19 pandemic.