State legislators collected over $1 million alone in per diems, non-taxable, no receipt expenses designed for meals and lodging when lawmakers are on business trips. 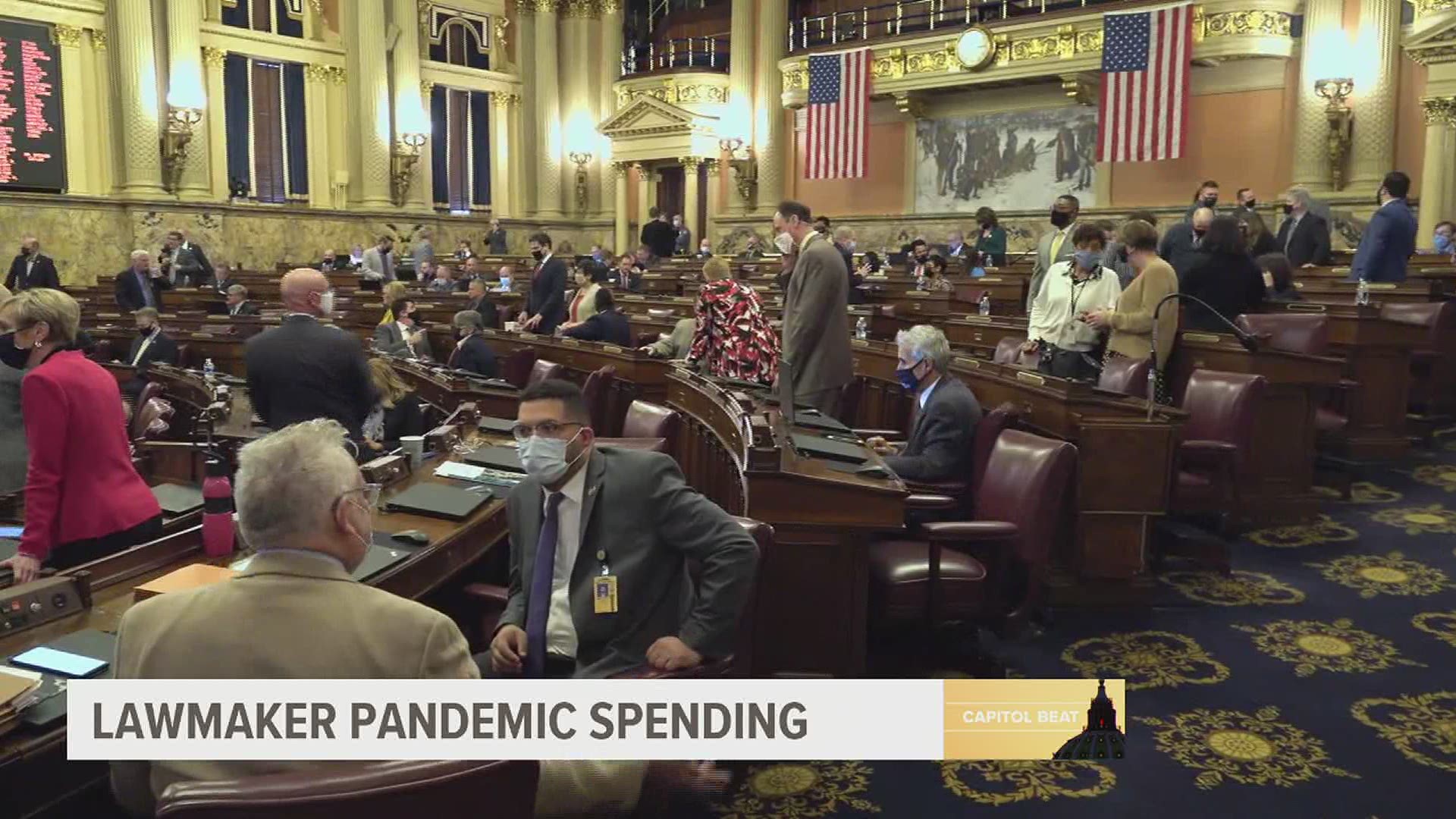 HARRISBURG, Pa. — During a year when many Pennsylvanians were forced to cut costs because of the COVID-19 pandemic, state lawmakers collected and spent millions of dollars of taxpayer money on gas, state-issued cars, and perk known as per diems.

Per diem, which comes from the latin phrase "each day," are payments lawmakers can elect to receive at the start of the legislative year. They are mostly tax-free, and are designed to be used for meals and lodging when state representatives and senators are on official business.

However, there is no way to prove they are being properly used because per diems do not require receipts.

State legislator spending records obtained by FOX43 through multiple right-to-know requests show that during the entire 2020 year, Pennsylvania lawmakers billed taxpayers $1,041,121.68 in per diems alone. State House Democrats spent the most on per diems, and were among the top five highest collectors.

Senator Pat Browne (R-Lehigh) was the highest collector in the senate, ranking 6th on the per diem list with $16,157.

"The problem with per diems is threefold," said government activist Eric Epstein. "It's un-accountable. It's tax-free. And there's no oversight."

On top of their per diem collections, Longietti and Sainato also expensed $12,012 and $13,886 respectively in gas mileage during year. Both live in neighboring districts along the Ohio border, and have to travel among the furthest to get to Harrisburg. Yet when the State House passed rules to allow legislators to vote remotely during the pandemic, Longietti and Sainato still chose to come to Harrisburg.

Sainato, as Democratic chairman of the House Veterans Affairs and Emergency Preparedness Committee, says remote session was never a consideration.

"I don't vote remotely. Haven't missed a day of session in 26 years. It's our responsibility to be here," Sainato said. "I believe we are supposed to be here. If the frontline workers can come to work so should the legislature."

Longietti declined comment. FOX43 approached him at his Capitol office in Harrisburg, and when asked for his thoughts on spending, said "I'd prefer not to."

Pennsylvania legislators get $178 to $200 a day in per diems, depending on where they are in the commonwealth. It is among the highest rates in the country. Gas mileage gets reimbursed at $0.57/mile. Pennsylvania lawmakers make a starting salary of $90,335, third-highest in the nation behind New York and California.

There are also 42 legislators who take a state-leased vehicle, which ran taxpayers a $285,941.18 pricetag in 2020. House Republicans put in rules where their members cannot take a state-issued car.

"At the level that they're making that much money, they can buy a home or rent a car," said Nathan Benefield of the government watchdog group Commonwealth Foundation. "They don't need that daily per diem without providing receipts."