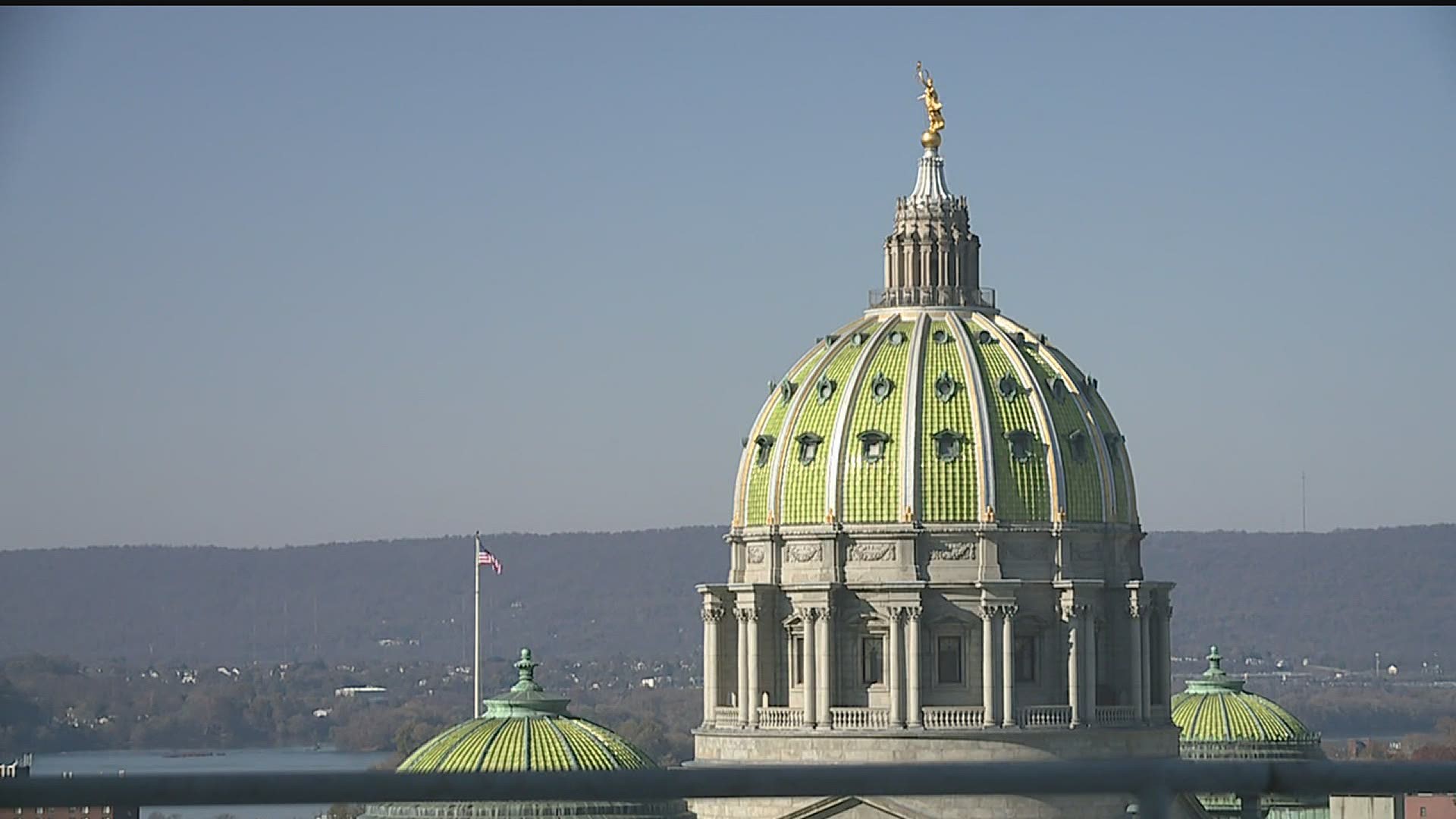 “[I] and the legislators that are around me are refusing to allow us to move forward with business as usual,” said State Rep. Summer Lee (D-Swissvale). “We are tired of pretending that the issues that are plaguing people in our Commonwealth, certain constituencies in our Commonwealth, are not being answered.”

Several legislators took to the podium to speak on the need for urgency on moving forward police reform bills. Members said too many such bills had been introduced to committee, but had never come to a vote. They addressed Republican House Speaker Mike Turzai (R-Allegheny), demanding he prioritize these bills.

“Mr. Speaker, police reform bills have been languishing in committees under your leadership for years,” Lee said.

Lee last year sponsored a bill that would require police to try de-escalation tactics before using lethal force. The bill never made it out of the House Judiciary Committee.

Monday’s protest was planned by House members on the Police Reform Working Group. Last week the group proposed other measures, including banning police use of chokeholds, ending discriminatory stop-and-frisk practices and creating a public database on police misconduct.

"People are wondering whether they can trust their government to protect them, and we must show them we can. We have the power to change an unjust system that has held Black and white Pennsylvanians to different standards."

Caucus members said they don’t expect all the measures to be passed, but want them moved forward as a good faith effort to do something about systemic racial discrimination in the criminal justice system.

After more than an hour of the protest, Turzai spoke, calling the morning’s action a “use of civil disobedience to address legitimate and heart-wrenching concerns.”

“We want to find an appropriate manner in which to offer up legislative solutions," Turzai said. “You’ve taken it upon yourselves… to actually provide tangible solutions and we need to take a serious look at those."

Turzai then called for a special session on police brutality. Democratic lawmakers, such as Chairman of the Judiciary Committee Tim Briggs (D-Montgomery), quickly threw their support behind a special session.

Special sessions can allow the legislature to act quickly on matters that require multiple bills. However, bills can also be considered during normal legislative sessions.