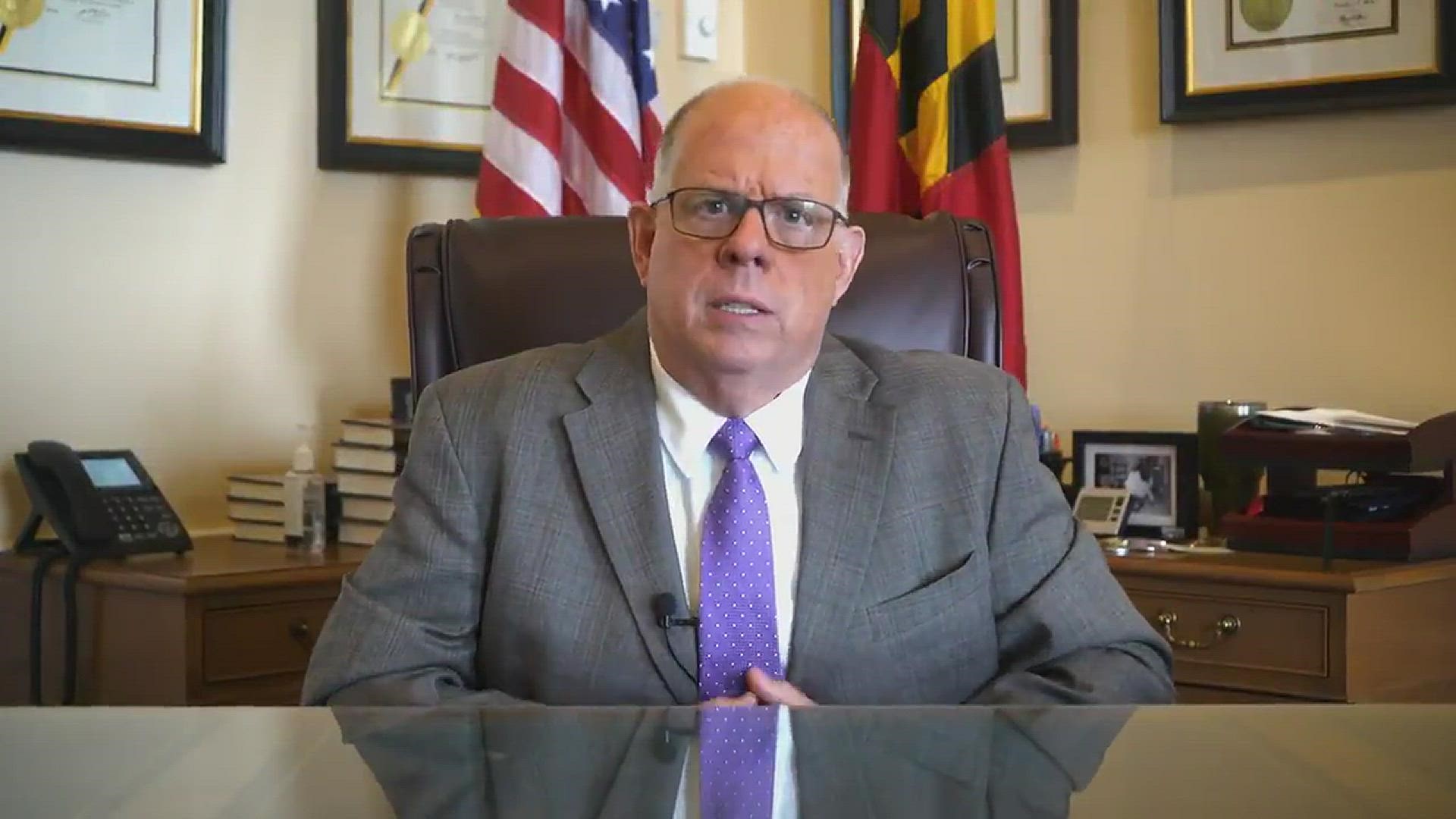 WASHINGTON — Maryland Gov. Larry Hogan joined CBS' Major Garrett on "Face the Nation" Sunday to discuss the state's plans to stop the spread of the Delta variant. But before Hogan began sharing his latest COVID update, he had a few choice words regarding America's withdrawal from Afghanistan after a costly two-decade war.

“I think it’s an unmitigated disaster the way we’ve handled the exit from Afghanistan," the governor told Garrett. "For the folks that have been our allies, that we made a commitment to, we’ve got to stand by them. We’ve got to get our Americans out and we’ve got to get our allies out as well, and we’re going to do everything we can to help do that."

Hogan went on to say that Maryland has already received some Afghan refugees with Special Immigrant Visas, but did not specify how many. Earlier in the week, Hogan estimated that the state expected to receive at least 180 Afghan citizens as part of Operation Allies Refuge -- a military operation to rescue at-risk Afghan civilians -- which he claimed was more than nearly any other state.

"We have a discussion with the State Department tomorrow ... and we'll try to take in as many as we can," Hogan said Sunday.

He called himself the first governor in America to have reached and made the commitment to take in SIV refugees.

.@GovLarryHogan calls Pres. Biden’s handling of Afghanistan an “unmitigated disaster,” telling @MajorCBS that Maryland wants to accept more refugees with Special Immigrant Visas. “For the folks that have been our allies, that we’ve made commitments to—we’ve got to stand by them.” pic.twitter.com/uKRpGbB1ym

"Many of these Afghan citizens, our allies, bravely risked their lives to provide invaluable support for many years to our efforts as interpreters and support staff, and we have a moral obligation to support them," Hogan said in a video released on Twitter on Aug. 16. "I ask all Marylanders to continue to pray for the safety of every American and all of our allies who remain in harm's way."

For his part, the president has continually defended his decision to pull out U.S. troops.

"We gave them every chance to determine their own future," Biden said Monday. "What we couldn’t provide them with was the will to fight."

Biden is expected to provide a public update on Afghanistan sometime Sunday after a meeting with his national security team. Leaders of the Group of Seven industrialized nations will also meet virtually Tuesday to discuss the developing situation.

RELATED: Vaccine milestone: 80% of Maryland adults with at least one dose of COVID vaccine

For those looking to help Afghan refugees, here are several charities and ways to help the resettling efforts.

This D.C. restaurant is also collecting specific household items. See a complete list of what they need here.

Sign up for the Capitol Breach email newsletter, delivering the latest breaking news and a roundup of the investigation into the Capitol Riots on Jan. 6, 2021.