An association of Gettysburg National Military Park historical guides is raising alarm over legislation to remove all Confederate monuments from the park. 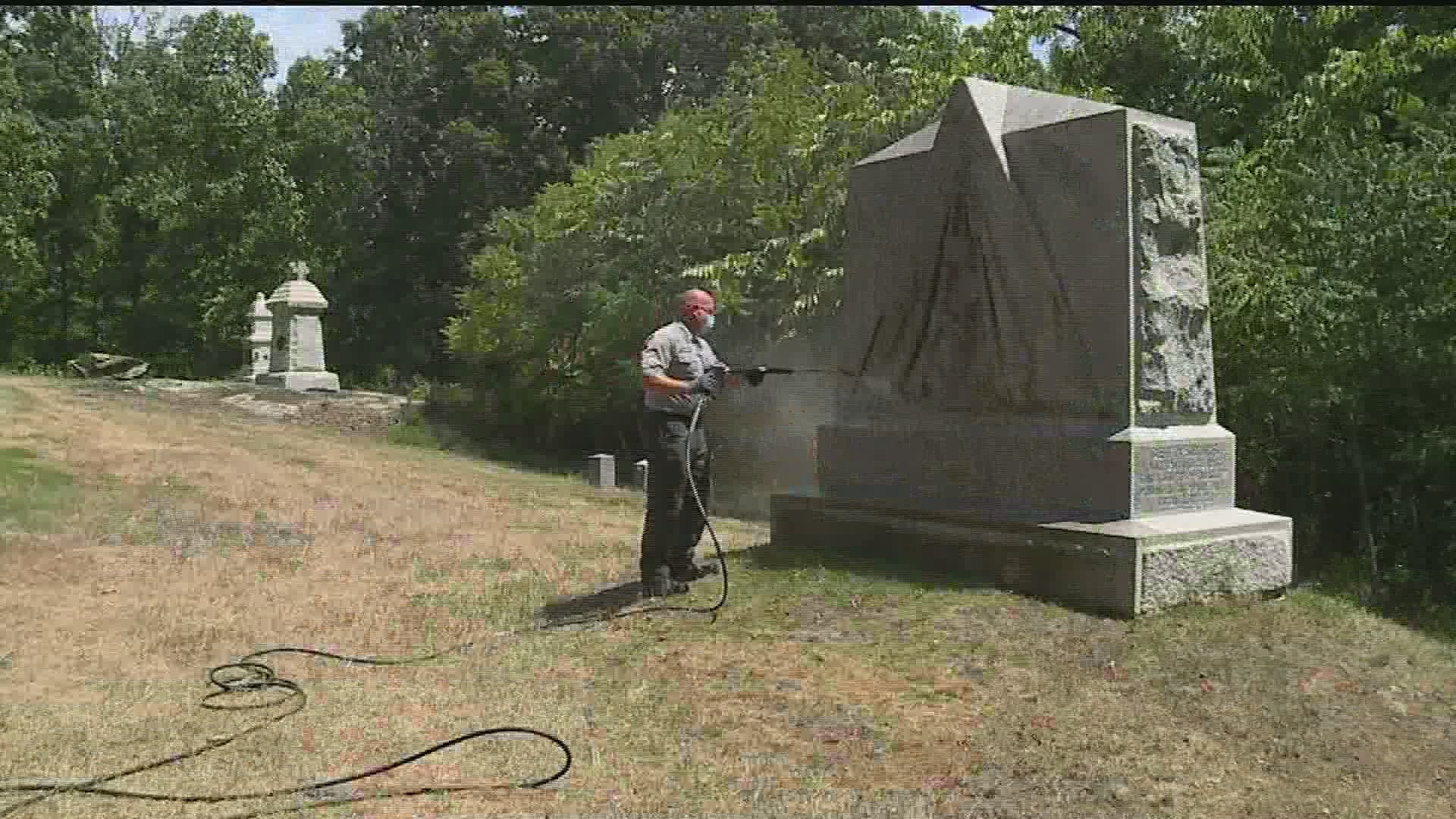 An association of Gettysburg National Military Park historical guides is raising alarm over legislation to remove all Confederate monuments from the park.

Leaders of the Association of Licensed Battlefield Guides at Gettysburg, which includes a majority of the park's 150 guides, said the park's more than 1,300 monuments and markers help give context to the site.

Two separate bills have been introduced to remove the monuments.

A bill in the Pennsylvania State House of Representatives, HR 954, calls for all Confederate monuments and statues in the state to be taken down.

A bill already passed by the U.S. House of Representatives, HB 7608, would direct the National Park Service to remove the monuments, including those at Gettysburg.

According to the Association of Licensed Battlefield Guides, the markers serve an important historical and educational purpose, regardless of politics.

"We use them as interpretation markers. The vast majority of them aren't political at all," said Les Fowler, president of the association, as he stood in front of the North Carolina Memorial on W. Confederate Ave. "This one, for example, doesn't say anything on it except `North Carolina.'"

Fowler is asking lawmakers to allow the park to keep the monuments.

He noted that in 1913, more than 50,000 Civil War veterans from both sides of the conflict met in Gettysburg for a reunion, during which they dedicated several of the monuments, including Confederate monuments.