The Harrisburg mayor will be seeking his third term via a write-in campaign in this year's November election. 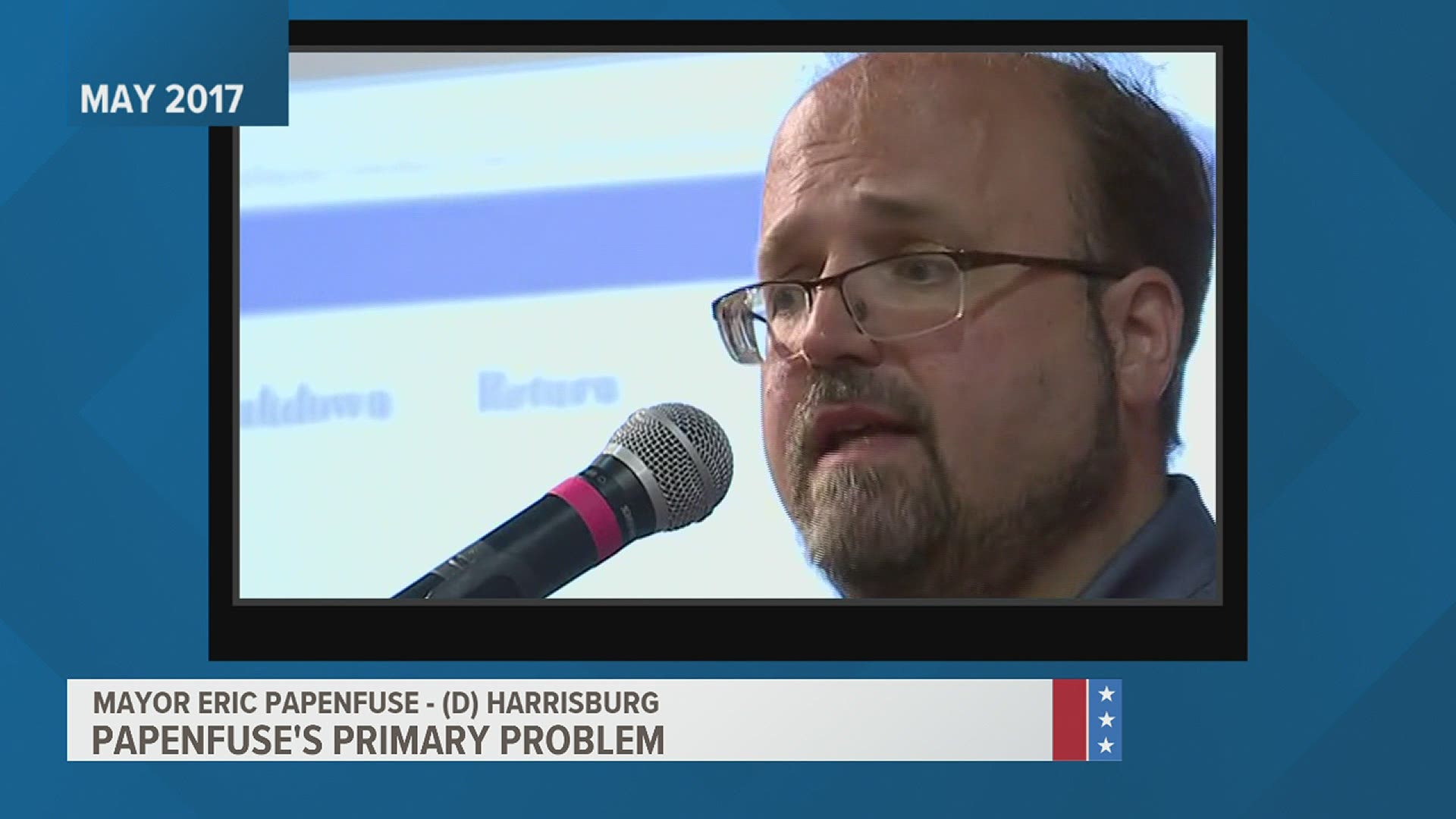 HARRISBURG, Pa. — Editor's note: The above video is from May 19.

Harrisburg's mayor Eric Papenfuse is making another run at keeping his current job.

After being expected to make a "major announcement" about Harrisburg's mayoral election this week, Papenfuse revealed that he would be seeking a third term as Harrisburg's mayor via a write-in campaign for this year's Nov. 2 General Election.

He made the announcement at the Hudson Building in Harrisburg on Wednesday morning.

"For months now, I have been asked by past supporters and opponents alike to mount a write-in campaign for Mayor in the Nov. 2 General Election," Papenfuse said via press release.

"Upon serious thought and reflection, I have a made a decision based on what I truly believe to be in the best interest of the City of Harrisburg and its residents..."

Papenfuse lost the Democratic Primary by 45 votes to challenger Wanda Williams, who is seeking to become the city's second Black and female Mayor.

HAPPENING NOW— Harrisburg Mayor Eric Papenfuse is at the Hudson Building in Harrisburg announcing details to launch a write-in campaign for the November 2 General Election. The mayor is seeking re-election for a third term. @fox43 pic.twitter.com/KfDPKun72s