'Prison Gerrymandering' to end with next State House, Senate district lines; how will the population shift affect you? | FOX43 Capitol Beat

Legislative Redistricting Commission passes resolution to allow state inmates be represented in the district of which they last resided. 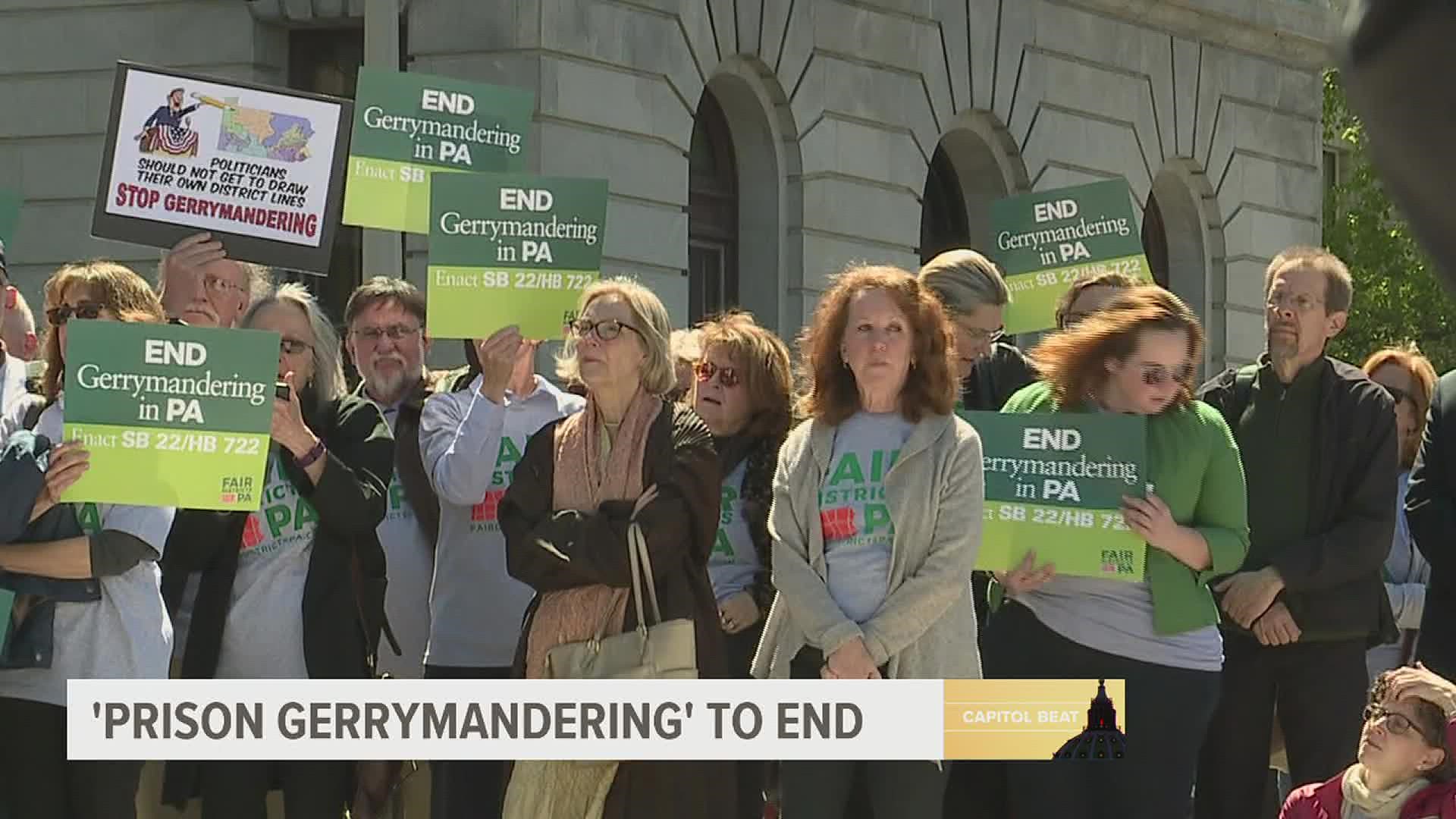 HARRISBURG, Pa. — A 3-2 vote by the committee tasked with redrawing Pennsylvania's State House and Senate district maps will lead to a population shift of nearly 37,000 people across the commonwealth.

Mark Nordenberg, chairman of the five-person Legislative Redistricting Committee, sided with the panel's two Democratic leaders to end the practice known as Prison Gerrymandering: State inmates will no longer be represented by the district their prison is located in, but instead the district where they last resided.

As of July 31, there are 36,980 inmates in Pennsylvania's 24 state correctional institutions, the vast majority of which reside in rural, Republican districts. The decision is expected to shift the prisoner population, which averages about 1,500 people per prison, towards urban, city centers.

"The majority of folks in those prisons in rural districts come from urban areas," said Sarah Niebler, political science professor at Dickinson College. "So you're not redistributing them in even areas across the state."

Republicans on the panel -- Senate Majority Leader Kim Ward (R-Westmoreland) and House Majority Leader Kerry Benninghoff (R-Centre, Mifflin) -- have argued prisoners should count in the districts where they are physically located. They also said it is unknown how long it will take for the Department of Corrections to supply data for nearly 40,000 people.

However, a report from the Pennsylvania Attorney General in 2019 showed nearly 25 percent of all state inmates came from Philadelphia County. Those numbers will look different in 2021, as the AG report on prison inmates showed an inmate population of nearly 8,000 more people than today.

Exceptions to the resolution, brought forward by House Minority Leader Joanna McClinton (D-Philadelphia) include if the prisoner is from outside Pennsylvania, if they've been already been reallocated to their previous address, if they are homeless, or if they are serving a life prison sentence. Also, the prisoners are not classified as voters, as inmates are disqualified from voting if serving time for a felony.

"It's unlikely to change the maps a huge amount," Niebler said. "My sense is that it'll have an impact on the margins, in terms of boundaries in specific districts and neighborhoods."

Senate Minority Leader Jay Costa (D-Allegheny) has said he hopes the maps are complete by January, to allow for enough time to set up and not reschedule the May primary.