Pennsylvania's population grew, but not enough to keep its 18 congressional members and 20 electoral votes. 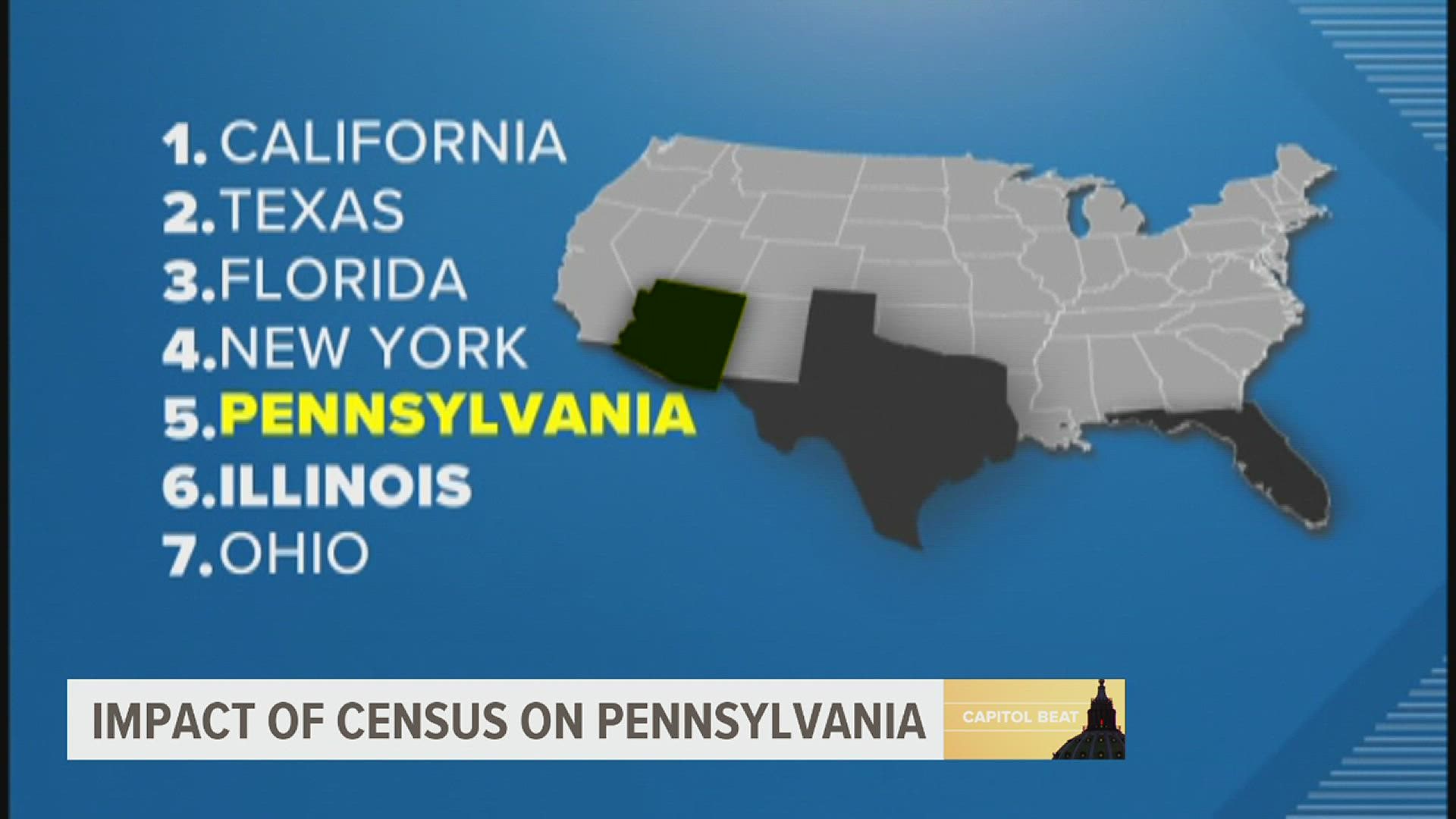 A mad dash for state representatives and senators to use the information, which includes shifts in population across the Commonwealth, to draw new districts for congressional, State House, and State Senate representation.

They want to have it done by January.

"We don't want to move the [primary election] out of May, so we're shooting for the end of January," State Senate Minority Leader Jay Costa (D-Allegheny) said.

Costa is among the five-person Legislative Reapportionment Commission, tasked with redrawing lines for Pennsylvania's 203 House seats, and 50 Senate offices. The committee includes the four leaders in Pennsylvania's General Assembly, plus a fifth person who serves as chairperson, and a de facto tiebreaking vote.

Costa expects the lines to look different, but is unsure how much different they will look. There was a sizeable shift in population from the north and west portions of Pennsylvania to the south and east. Cumberland County saw Pennsylvania's largest growth, increasing its population by 10.2%. Nearby Lebanon County grew by 7.3%, while Dauphin and Lancaster grew by 6.8% and 6.3% respectively.

The Philadelphia suburbs in Montgomery, Chester, and Lehigh counties all saw growth over the last decade by more than 7%.

"Philadelphia grew by about 77,000 votes, which is the equivalent to one House seat," Costa said. "Do they need to add a seat there and if so where do they take it from?"

In 2018, the State Supreme Court ordered the lines redrawn, then drew the districts themselves, after a court challenge accused the previous lines of gerrymandering. The shift in lines took a 13-to-4 seat Republican majority and made it a 9-9 split after that year's midterm elections.

The committees, led by Rep. Seth Grove (R-York) and Sen. Dave Argall (R-Schyulkill) will ultimately need to have their maps pass the general assembly. However, for the first time since the 1990 Census, Pennsylvania's Congressional seat approval will have final approval by a member of the legislature's opposing party. Any maps will need Governor Tom Wolf's signature, giving Democrats who are not in the general assembly majority a fail safe for how the maps are drawn.

Pennsylvania's congressional seats are guaranteed to look different in 2022. One major change, and challenge, for those drawing the maps, is the fact that the Commonwealth lost a seat due to the census results. While Pennsylvania did pass Illinois for fifth most populous state in the United States, it didn't grow at the same rate as southern states like Florida, Texas, and Arizona.

Therefore, Pennsylvania not only lost a congressional seat, and will drop from 18 to 17, it also lost an Electoral College vote, dropping from 20 to 19.

Sarah Neibler, an associate professor of political science at Dickinson College, does not believe that that will impact how Pennsylvania is viewed as a battleground state.

"Nothing that I've seen in the demographic data from the census, or frankly any presidential election from 2016 or 2020, makes me believe that Pennsylvania is not going to be competitive," she said.