Republicans and Democrats in the Pennsylvania legislature expect a deal on the state budget to happen before its July 1 due date. 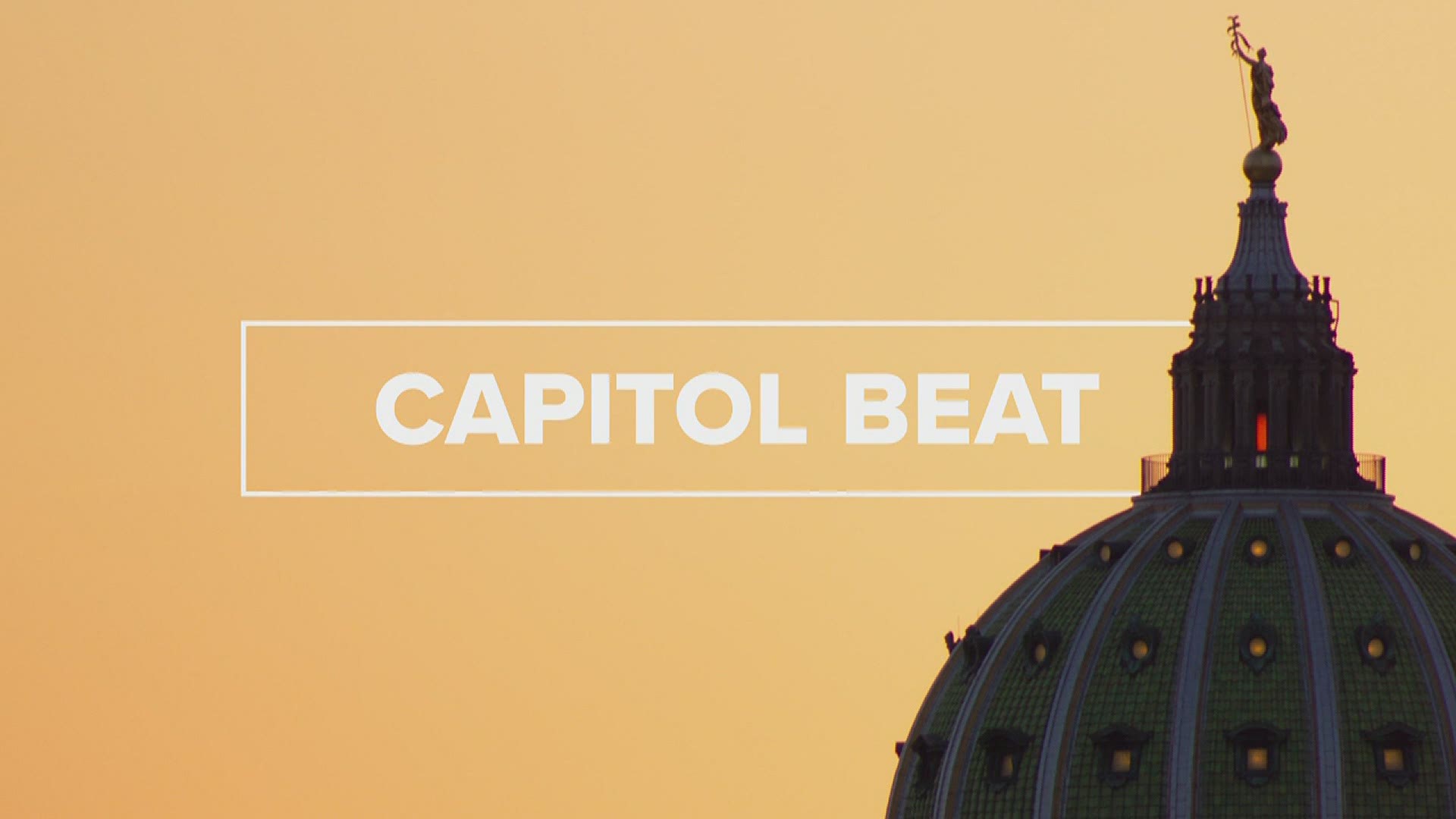 HARRISBURG, Pa. — Pennsylvania's Republican-controlled State Senate is poised to pass a sweeping election reform bill, dubbed the "Voting Rights Protection Act," setting it up for a swift veto from the pen of Governor Tom Wolf.

The bill, which cleared the House on party lines 110-91 on Tuesday, is expected to be taken up by Senate Majority Leader Kim Ward (R-Westmoreland) as early as Wednesday morning. Governor Wolf and Democratic allies have called it restrictive and a form of voter suppression, and he promises to veto it if it reaches his desk in its current form.

Will Senator Ward and Senate Republicans work with the governor to construct an election reform bill he will pass? It is one of the questions asked of the Majority Leader on the FOX43 Capitol Beat with Matt Maisel.

Senator Ward also discussed ongoing state budget negotiations. The Commonwealth's annual spending plan is due at the start of the 2021-22 fiscal year, next Thursday, July 1. In February, Governor Wolf asked for a record $37.8 billion in spending, including $1.3 billion to go towards public education funding. Republicans tell FOX43 that both the total figure and education spending will fall shorter than the governor's initial ask.

What is at the center of late negotiations though appears to be what to do with a sudden $7.3 billion surplus of federal funding coming to Pennsylvania in the form of President Joe Biden's American Rescue Plan. That money is supposed to go towards COVID-19 related projects. However, Pennsylvania Republicans are indicating they may take most of that money and store it away into a "rainy day fund," to be used in the event of a post-pandemic recession if Pennsylvania needs to get out of debt.

Democratic lawmakers and advocates argue the money from the American Rescue Plan is needed today, for businesses and schools still struggling from the pandemic.

The lawmakers behind this bill are the same ones who asked Congress to throw out PA votes and whose lies directly contributed to the Jan. 6 insurrection.

I will veto this bill if it reaches my desk in its current form.