At least 25 bills are currently circulating the state legislature, from Republicans and Democrats with more being added every week. 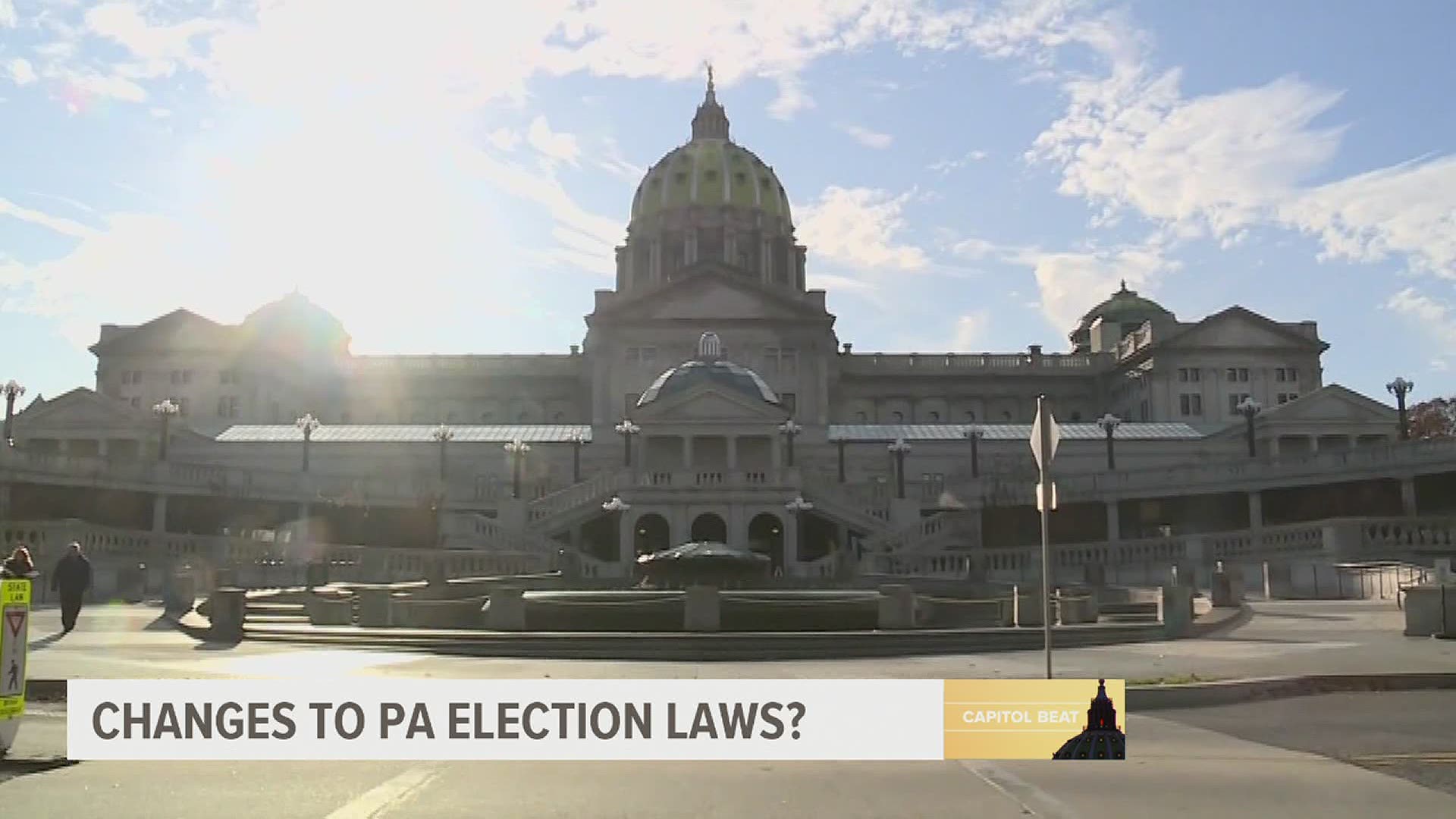 HARRISBURG, Pa. — Following an election which saw record turnout, and depending on who you ask, uncertain results, elected lawmakers in Pennsylvania have introduced more than two dozen proposals to change the way future elections are handled in the commonwealth.

At least 25 bills, with more being added seemingly every week, are currently circulating the state's General Assembly and being assigned to committees. They include Democratic proposals to extend the deadline to register to vote, and allow for early in-person voting, and Republican proposals to enact voter ID laws and eliminate no-excuse mail-in voting.

Among the series of bills introduced in Harrisburg since the start of the 2021-22 session, there are 15 bills from Republicans which, according to the non-profit Brennan Center for Justice, would roll back voting rights. It is among the highest total in the country, along with Arizona, Michigan, and Georgia.

"It's a solution in search of a problem," says Elizabeth Randol, legislative diretor for the ACLU of PA. "There is no evidence of any widespread problems."

Cybersecurity experts and election officials across the country, including counties throughout Pennsylvania, have concluded the 2020 election was among the safest ever, with no issues of widespread voter fraud detectable. That said, some Republicans hope to eliminate one of their own election law achievements of the 2019-20 session, which is the implementation of no-excuse absentee ballot voting. In the days leading up to the election, Act 77, as it was signed into law by Governor Wolf, gave all Pennsylvanians registered to vote the chance to vote by mail. Democrats voted by mail three times more than Republicans in the 2020 election, on their way to giving President Joe Biden a key win in the Keystone State, and eventually, the presidency.

Republicans' claimed Governor Wolf, and the Democratic-leaning Supreme Court, used Act 77 illegally by allowing ballots to be returned to county election offices 72 hours after the normal 8 p.m. deadline as written in the state's election code. Some in the GOP also said the Wolf Administration and the Department of State erred by allowing ballots with signatures that did not match, and by allowing ballot drop boxes to be place throughout counties. Democrats countered by saying the Republican-led legislature failed to enact any rules that said they couldn't.

Since the election, three bills have been introduced in Pennsylvania which would repeal the mail-in voting aspect of Act 77; two in the House (HB25 and HB195) and one in the Senate (SB402).

"We’ve had a series of things that led to a lack of confidence in how the process unfolded," said State Senator Joe Pittman (R-Indiana), who is one of the co-sponsors on SB402. "I’m convinced we need to look at hitting the reset button on how Act 77 has been implemented.

Randol, as legislative director of the ACLU, says those bills have her attention. Not because they'll be signed into law any time soon -- Governor Wolf is adament about vetoing anything which he feels would roll back voting access -- but because of the uncertainty it continues to breed among voters.

"They are responding to a problem that, if and when it existed, it is so incredibly small it is infinitesimal," she said.

Randol is impressed with one of the Democratic bipartisan proposals. State Representative Mike Carroll, a self-proclaimed moderate from the Scranton area, introduced HB470, which is a compromise bill with Republican and Democratic requests.

From Rep. Carroll's co-sponsorship memo, the bill would:

Rep. Carroll believes county offices were overburdened with election material in the days following the November 3 election. Giving them more time to prepare is most important, he says.

Whether his legislation is taken up is another story. The bill currently sits in the House State Government Committee, whose chairman, Rep. Seth Grove (R-York) is currently holding hearings on the electoral process in Pennsylvania. Carroll does not believe any legislation on elections will be taken up until those hearings are over.