McClinton, from Philadelphia, was the first black woman to be elected Democratic leader in Pennsylvania history 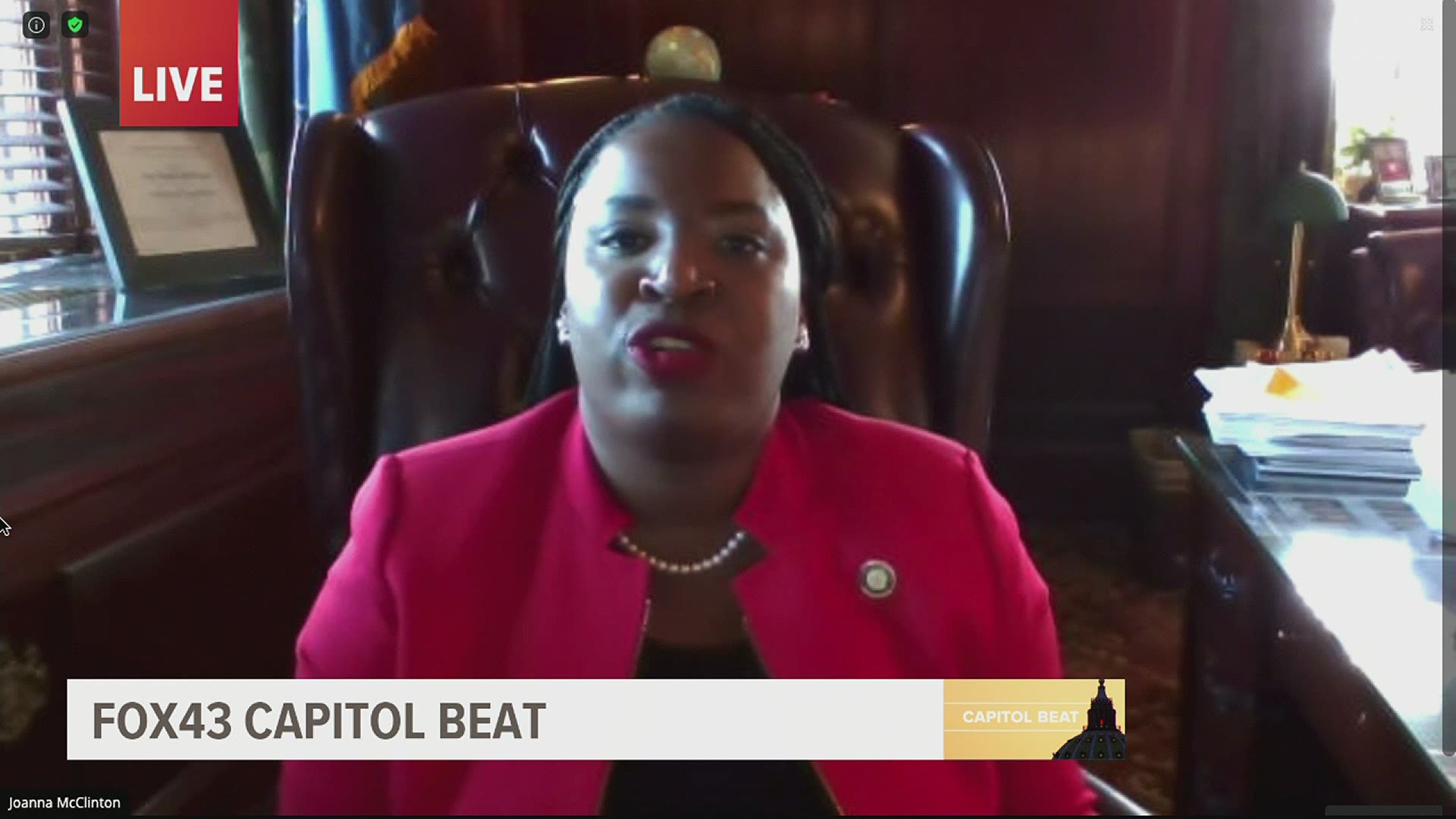 "We're the oldest legislature in the country and for this to happen, it's a big moment," McClinton said Thursday morning as a guest on FOX43's Capitol Beat. "But it's beyond me. It's for our daughters, our neices, and all the women across Pennsylvania."

McClinton will take over a Democratic party which had hopes of riding Joe Biden's success to legislative victory in November. Instead, Democrats lost seats in the State House and Senate, as Republicans strengthened their majorities.

"Voters sent a strong message," McClinton acknowledged. "The voters let us know we have to make sure their voices are being heard. We are going to continue the mission of keeping people first, not special interest groups."

She says the response to COVID-19 will continue to be Democrats top priority once a new session begins in January.

"We are going to have to take a hard look at where we couldn't support folks back home. We had to use CARES (Act) dollars just to keep the lights on. Just to pass a budget. That means we need to have a partnership with the federal government to get more support so that the small business owners who have had to endure shutdowns can stay alive during this pandemic," McClinton said.

RELATED: 100,000 in US hospitalized with coronavirus for 1st time