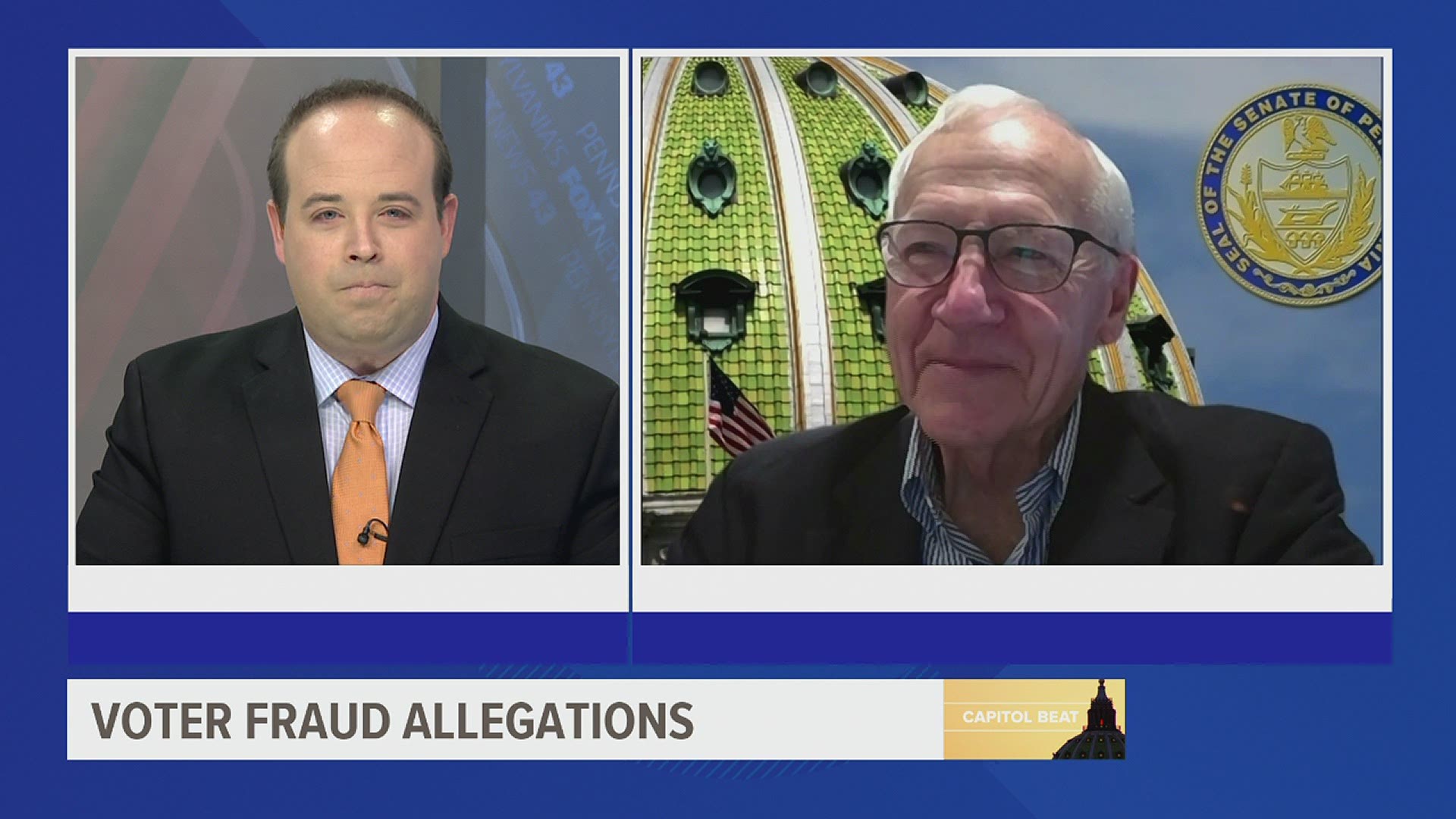 WILLIAMSPORT, Pa. — Pennsylvania State Senator Gene Yaw (R-Bradford, Lycoming) was a guest on FOX43's Capitol Beat on Thursday morning, where he spoke about a post he wrote on his state Senate webpage earlier this week.

Yaw wrote about the ongoing claims from President Trump and his allies that there was voter fraud and irregularities in the 2020 Presidential Election, despite none of the accusations being proven in court. Yaw wrote in part:

Yaw says despite some concers about how the election was handled in Pennsylvania, he supports Act 77 which allowed for no-excuse mail-in voting and believes the law is here to stay.

Senator Yaw was re-elected to his fourth term representing the 23rd District in November, which covers Lycoming, Bradford, Sullivan, and parts of Susquehanna Counties. He says the COVID-19 pandemic has raised the need for better broadband internet access, and says that will be at the top of his legislative agenda for the new term.

Senators, State Representatives, and other officers recently elected will be sworn in to their next term on Tuesday, January 5.