Pennsylvania's second highest ranking Democrat announced on Monday, February 8 he would run for U.S. Senate in 2022, the second time he's run for the seat. 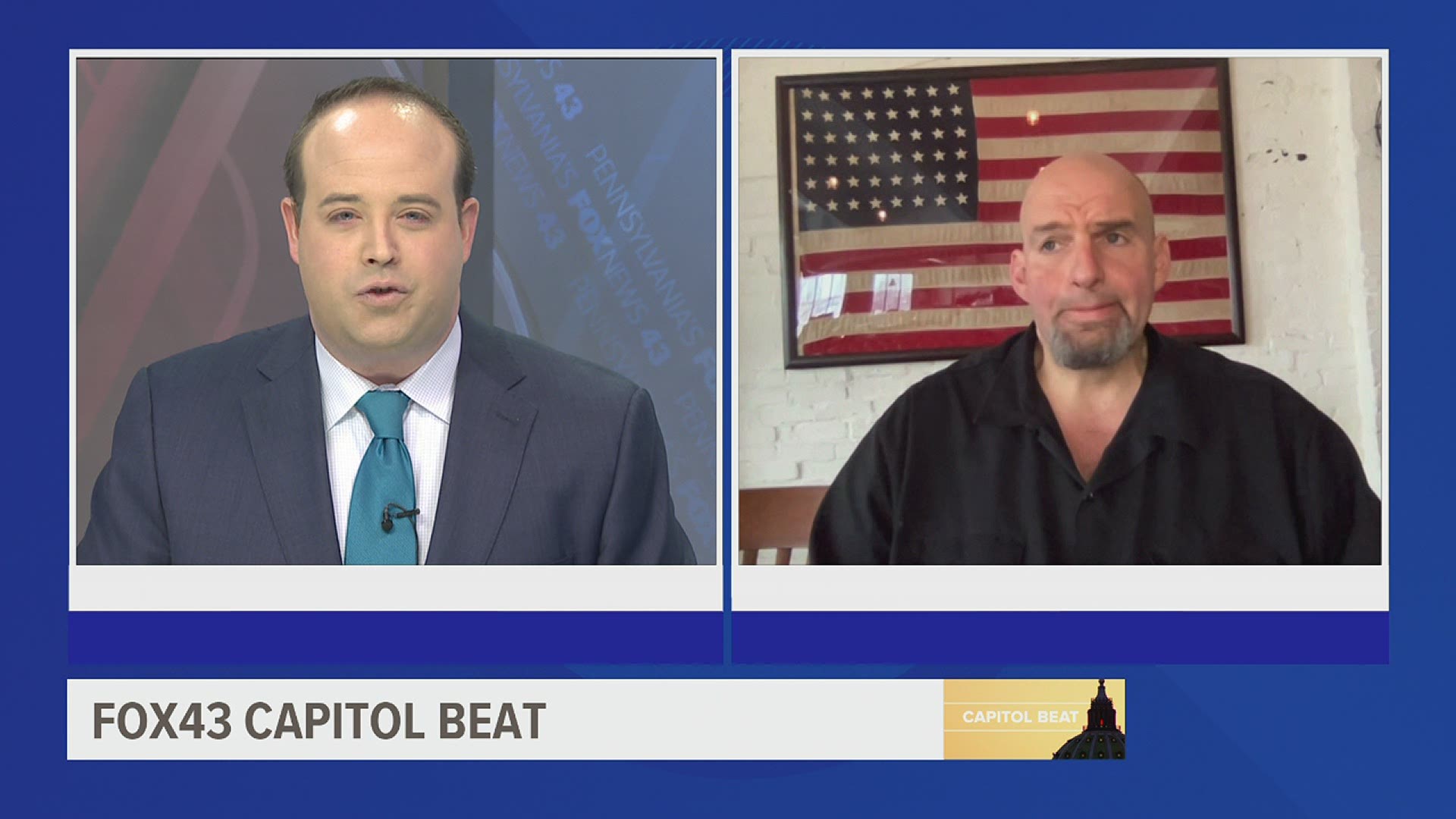 BRADDOCK, Pa. — Pennsylvania Lieutenant Governor John Fetterman says once he saw the insurrection attempt at the U.S. Capitol on January 6, his decision on what he should do in 2022 became more clear.

It was uncertain whether Fetterman, the commonwealth's outspoken second-in-command Democrat, whose national profile has grown since his time as mayor of Western Pennsylvania steel town Braddock, would run for Pennsylvania's open Senate seat in the upcoming midterms, or look to replace Governor Tom Wolf when his term expires in two years.

"Over the last three months, our country took a dark and dangerous turn down a road where our American democracy was at stake," Fetterman said of the riots. "We are in a unique and strange and dangerous time, and I think it's important Pennsylvanians have a voice in the Senate that acknowledges that and would never choose to lie for their own political advancement or to score points with their base."

Fetterman enters the Senate race just days after filing the requisite paperwork, and with $1.4 million available in campaign funds available thanks to fundraising efforts. He is looking to replace Republican Senator Pat Toomey, who announced in October he would not seek reelection. Fetterman is the biggest name to enter the race thus far.

He believes the Senate fight centers on "core values" of working against inequality and creating a more equitable society. There is the social equality factor, of which Fetterman is an outspoken supporter of LGBTQ+ rights, and there is the financial equality factor, where he is a proponent of raising the state and federal minimum wage to $15 an hour.

Pennsylvania's minimum wage has remained at the federal level of $7.25 since 2009.

"I believe it is a mathematical possibility of living at $7.25 an hour," he said. "If people are going to play by the rules, they should be able to live with stability and not with depravation."

"If a small business is running its books on the backs of people living in depravation and poverty, I think we need to address that as society and need to make sure that isn't being subsidised by the welfare state with food stamps and rent subsidies and Medicaid," Fetterman said.

In the FOX43 Capitol Beat segment, Fetterman also responded to a story which resurfaced in the New York Times, which details a 2013 incident in which Fetterman used a shotgun to stop and detain a Black jogger. He told police he had heard shots nearby his home. According to the Times article, Fetterman is quoted in a police report saying he "continued to yell and state that he knows this male was shooting." The Black man who was stopped was unarmed.

"That's a story from over eight years ago, and it's shopped around by my opponents and it hasn't gone anywhere," Fetterman said. "I was with my son and heard a burst of gunfire. I called 9-1-1 and saw an individual dressed in black with a facemask, running from the scene from those gunshots, heading towards our elementary school, a couple weeks after the Sandy Hook child massacre. I made the split second decision to intercept him before the first responders could arrive."

Fetterman previously ran for U.S. Senate in 2016, coming in third in a better-than-expected showing against eventual Democratic candidate Katie McGinty. He then ran for Lieutenant Governor in 2018 and won. Since taking office alongside Governor Wolf for his second term, Fetterman has been the state's most vocal proponent of legalizing marijuana.