Erie County conservative Dan Laughlin surprised many in February when he became the first Republican to sign onto sponsor a bill allowing recreational use pot. 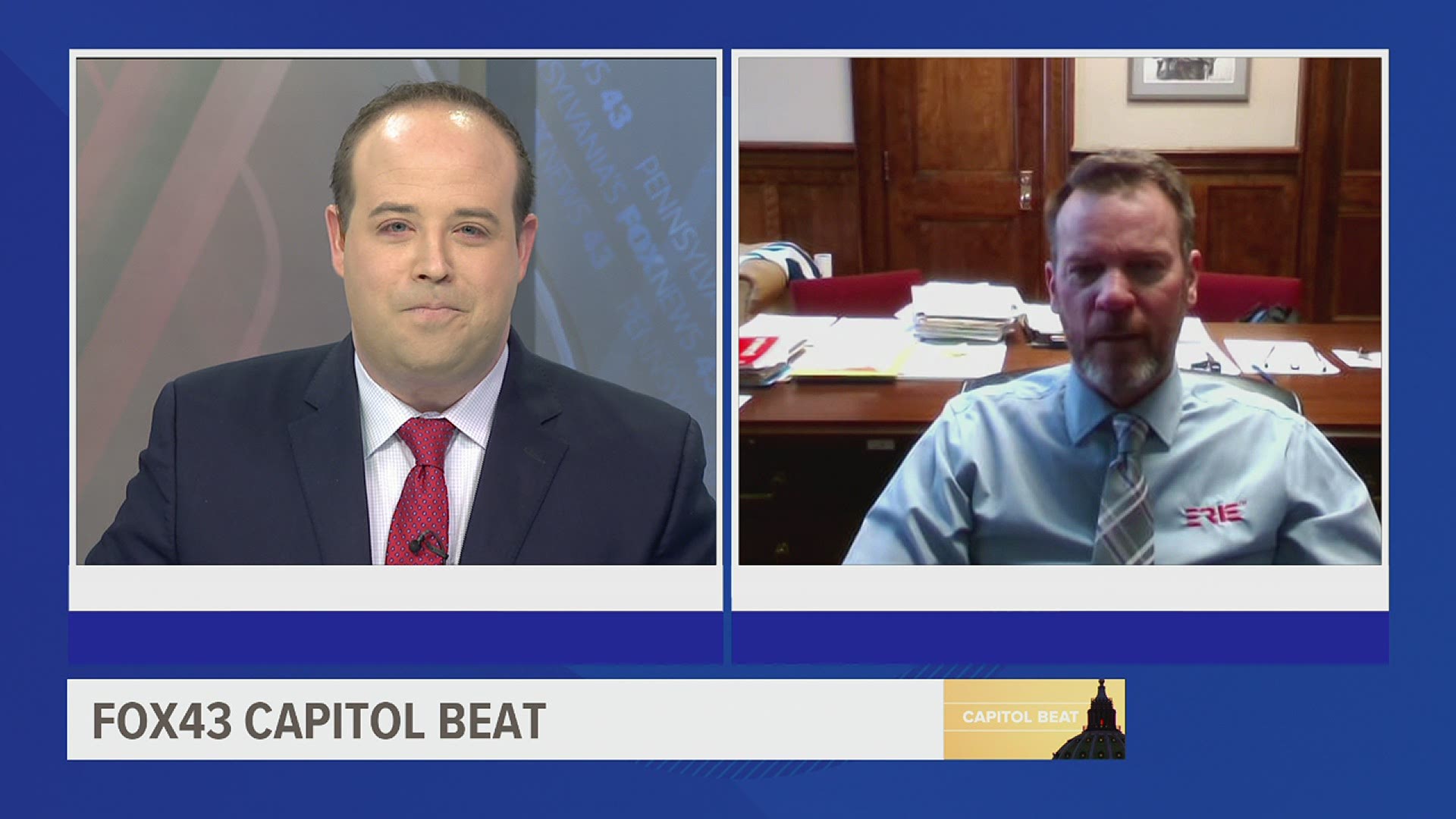 HARRISBURG, Pa. — Bipartisanship is in full effect in Harrisburg over one of the most controversial topics in recent years. The attempt to legalize adult-use recreational marijuana has public support from the Republican caucus for the first time, in the form of Senator Dan Laughlin (R-Erie).

Laughlin, along with Senator Sharif Street (D-Philadelphia) recently introduced legislation to allow marijuana use in adults 21 years old and over. The bill would also release prisoners and expunge records of those with non-violent marijuana crimes. Medical marijuana patients would be allowed to grow up to five plants inside their home, under the legislation. Laughlin estimates it will generate between $400 million and $1 billion in tax revenue for the commonwealth.

Senator Laughlin is the first Republican lawmaker in the commonwealth to attach his name to a recreational marijuana legalization bill. It's something, on principle, he opposes -- "I'm not a fan of the product, I don't use it," he says -- but says polling on legalization statewide shows more than 60% support and a number nearby states are legalizing the drug, most recently New Jersey.

"I took the approach that the most responsible thing I could do as a conservative Republican, is to take the bull by the horns and write the regulations in a way most Pennsylvanians could support," Sen. Laughlin said.

It is still unclear which Senate committee the legislation will end up. Senate President Pro Tempore Jake Corman will assign the bill once it becomes official. In the past, Corman has been vocally opposed to recreational adult-use cannabis, but has been more soft-spoken on the topic in the last year.

Fellow Republican senators, Laughlin says, are in a "wait and see" mode when it comes to the bill. He believes there will be enough outside advocacy to pressure senators and whichever committee chairperson ends up with the bill to force a vote. That said, this is the start of a lengthy process, he admits. Previous recreational marijuana bills have never been brought up for committee votes. Also, it took medical marijuana two sessions with a Republican co-sponsor to work its way through the GOP-controlled legislature before it made it to Governor Tom Wolf's desk.

Wolf, and Lieutenant Governor John Fetterman, are pushing the General Assembly to pass this bill.

"I think this is pretty much inevitable, and we need to write the legislation now and work it through the process wth public hearings where this can be a bill Pennsylvania can be proud of instead of doing a last minute fix to something," Laughlin said.