Is bipartisanship dead? Lawmakers in DC, PA admit there's work to do

Democrats passed major legislation without any Republicans in Washington. The GOP is Pennsylvania doesn't hear many Democrat bills. 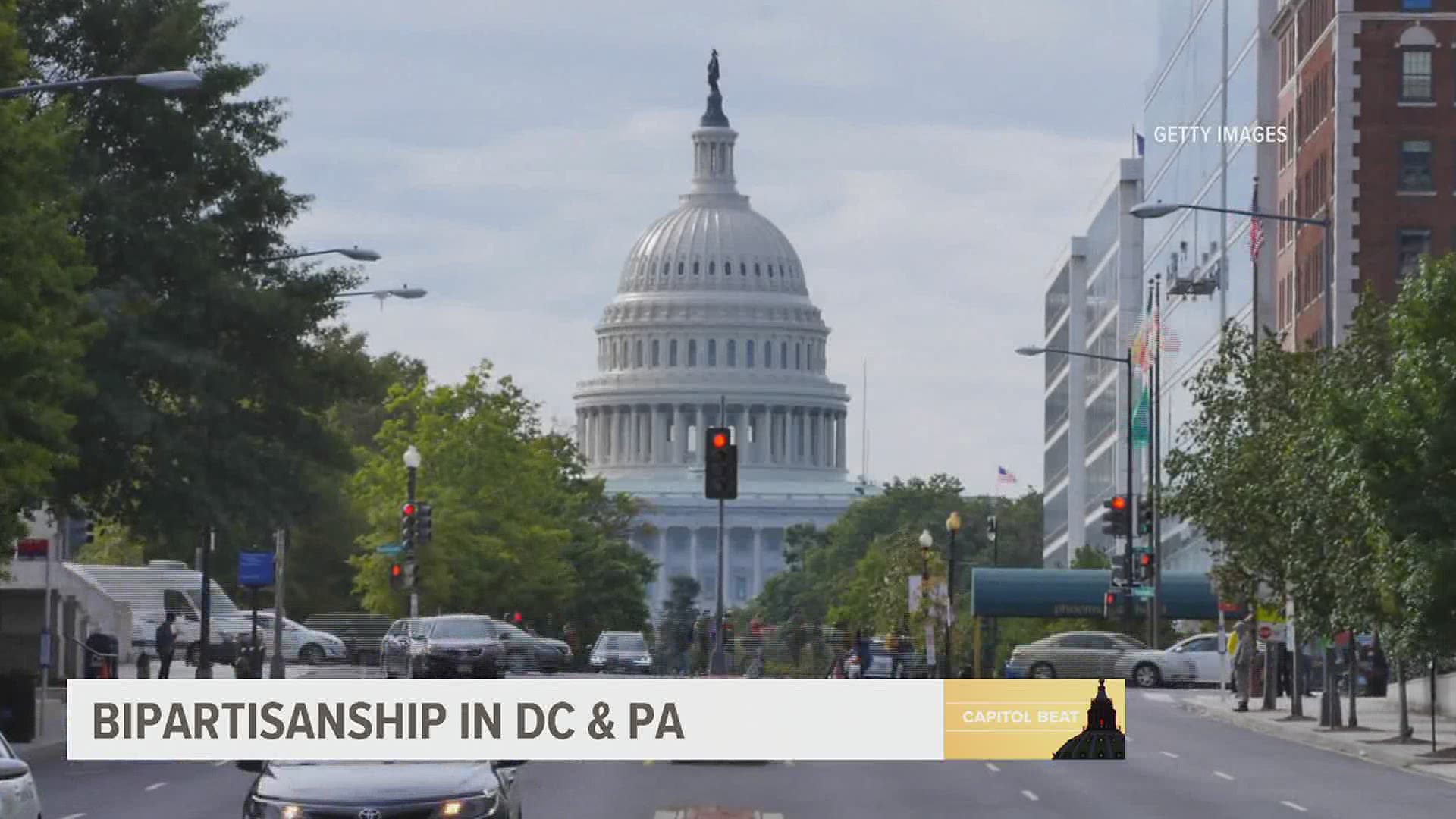 WASHINGTON, D.C., USA — Since returning to Congress under President Joe Biden, Democrats have passed numerous bills through the House of Representatives and Senate without much, if any, Republican support. Most notably, Mr. Biden's $1.9 trillion COVID-19 relief bill, which is expected to clear the House once again on Wednesday, and get signed by the President.

Congressman Lloyd Smucker, a Republican from Lancaster County, has repeatedly decried the bill as a "liberal wish list" which does little to address COVID-19.

"This is a bill with unprecedented spending," Smucker said. "This is $2 trillion at a time when we expect this pandemic to end soon."

Smucker says specifically, the bill does not do enough to address schools reopening. He also believes the legislation should do more than 9% of it designed for COVID-19 related issues, and the $7.5 billion which goes towards vaccine distribution.

Thank you @RepSmucker for being today's guest on a day the House is expected to pass a $1.9T COVID-19 relief bill. I asked him why the GOP still takes issue w/ the bill after it changed in Senate.

Smucker is a member of the Problem Solver's Caucus, a group of Democrats and Republicans in the House who meet to find bipartisan solutions to issues. However, he blames Democrats for the lack of bipartisan discussion, saying since Democrats regained the House in 2018, conversations have been one-sided affairs.

"Democrats have clearly shown they are not interested in working with Republicans," Smucker alleges.

He says instead of focusing on bipartisan fixes to issues, the third-term Republican plans to use his time as Vice Chairman of the National Republican Congressional Committee getting the GOP to retake the House in 2022.

"That's the direction people in my district want to go. They don't want to see this unbridled power where there is no interest in working with Republicans," he said. "We could work together in a bipartisan way and the previous administration worked with Democrats in the Senate and House to pass much needed relief for the American people. Democrats could be doing that."

Smucker says despite being on Problem Solver's Caucus, his focus is not bipartisanship but getting GOP to take the House in '22.

"That's the direction people in my district want to go. They don't want to see [Dems] unbridled power where there is no interest in working" w/ GOP. pic.twitter.com/9sGoF2mt4V

Among the legislation which has not received any bipartisan support is H.R. 1, a massive voting rights bill which Democrats have championed as their key legislation this session. The bill would allow for automatic voter registration nationwide when someone is using a government facility like a DMV, same-day Election Day registration, vote-by-mail options for every state in the country, and would install voting rights for former felons. Democrats claim it will make voting easier. Republicans say it's an infringement on state's rights.

Rep. Smucker talks voting rights on @FOX43. If the GOP says they are a "Big Tent" party, as Leader McCarthy has said, I ask why minorities & communities of color claim their policies make it harder to vote? 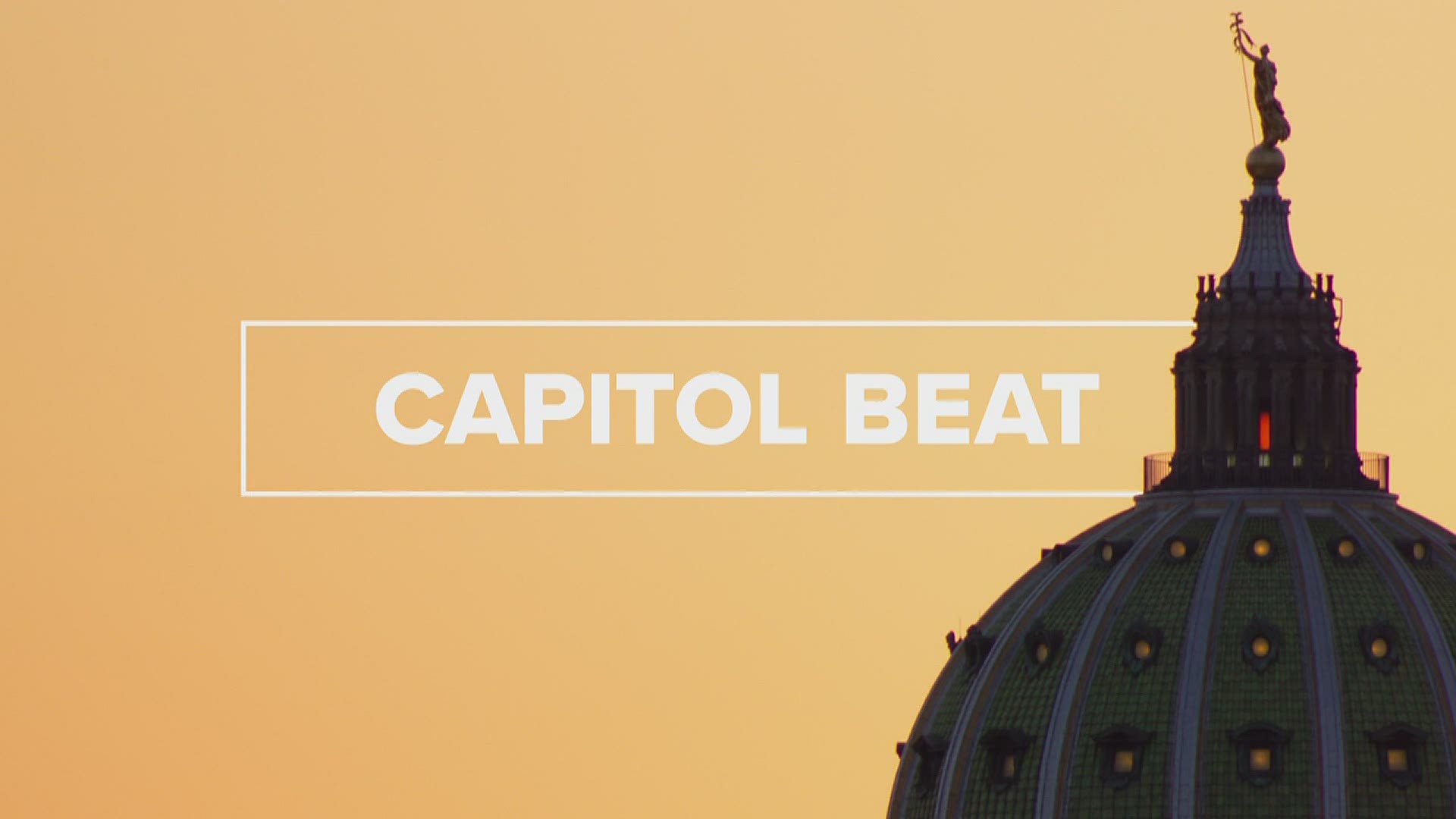