Congressman Keller, who represents Pennsylvania's 12th District in Perry, Juniata, and Mifflin Counties, was among 138 House GOP to not certify PA electoral votes. 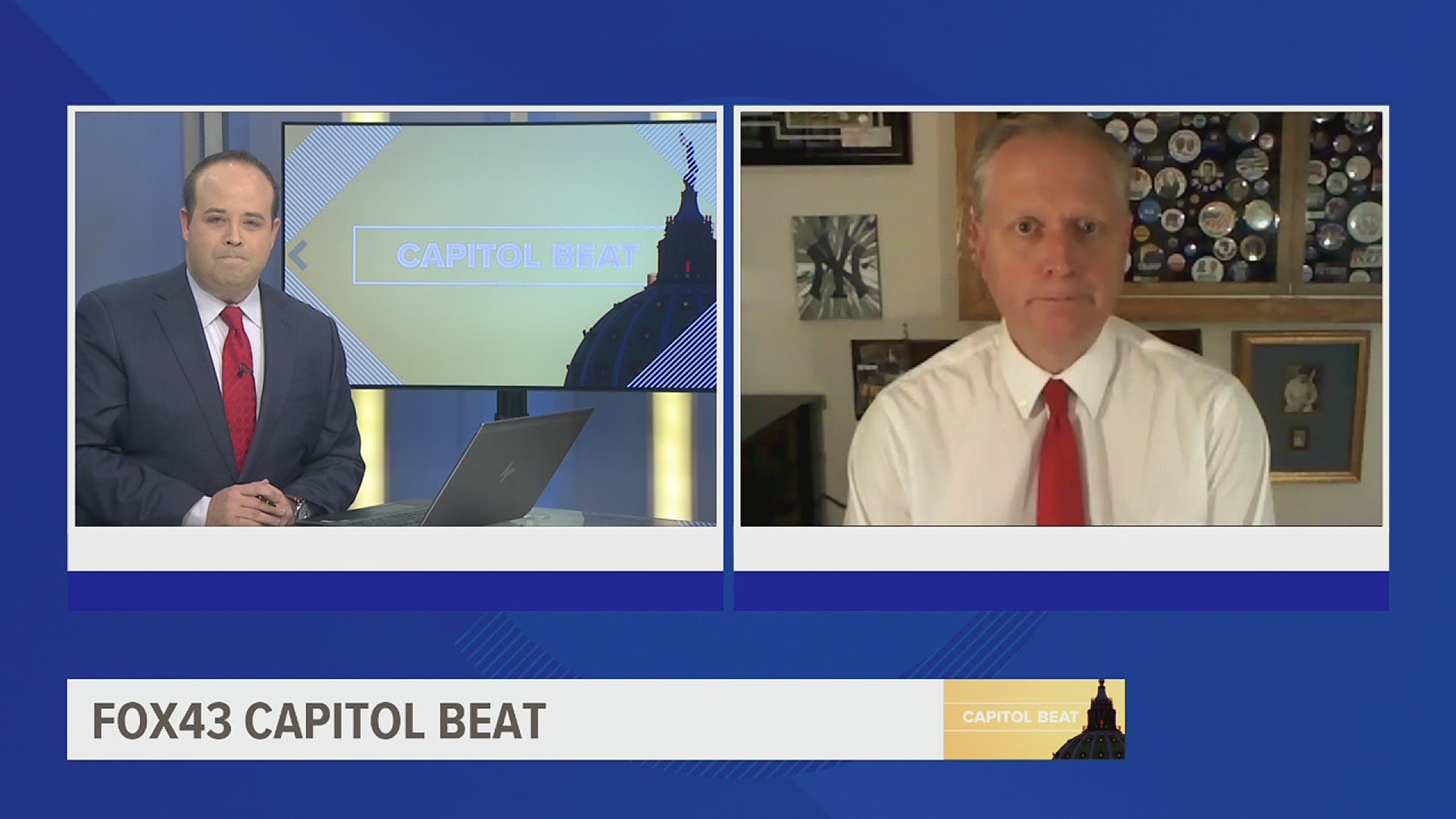 Keller was among 138 House Republicans who, on the morning of January 7, voted to not certify Pennsylvania's electoral votes for now-President Joe Biden. He claims the Pennsylvania Constitution should not have allowed the Pa. Supreme Court to extend the ballot deadline for mail-in ballots as it relates to Act 77, a law passed in 2019 by Pennsylvania's majority Republican legislature which allowed for no-excuse mail-in voting and eliminated straight party ticket voting.

"The facts that my objection were based on were who had the authority in Pennsylvania to set the law for the election," Keller said.

📹My guest this AM on the @FOX43 Capitol Beat was PA-12 Congressman Fred Keller. I asked him, after he voted two weeks ago to deny Joe Biden's electors in PA, if the President won fairly, and if his election win on the same ballot was legitimate. pic.twitter.com/QRApQxY4MK

The General Assembly, under state law, sets the rules for the election. However, federal courts and the U.S. Supreme Court determined that the Pa. Supreme Court, Governor Tom Wolf, and the Secretary of State Kathy Boockvar did not break the law in allowing ballots to arrive for 72 hours after November 3, as long as they were postmarked by Election Day. The U.S. Supreme Court decided to throw out the case altogether, and only two justices, Alito and Thomas, said they would hear arguments.

According to the Pennsylvania State Department, about 10,000 ballots came in statewide after Election Day and were put aside to be counted separately. They were not counted initially. More than 3.4 million Pennsylvanians voted legally for Joe Biden to become President, about 80,000 more votes than cast for President Donald Trump.

"President Biden being from Scranton, you don't have to go far to run into dairy farms," Keller said. "I'm hopeful we can get stuff done for dairy farmers. Healthy milk for healthy kids. The Labeling Act. The Give Milk Act. I'm hoping there are ways we can help our agriculture industry because it's so important to Pennsylvania and the people of PA-12."