DAUPHIN COUNTY, Pa.– Today’s guest on FOX43 Capitol Beat is Auditor General Eugene DePasquale. He will be giving FOX43 an exclusive look at an upcom... 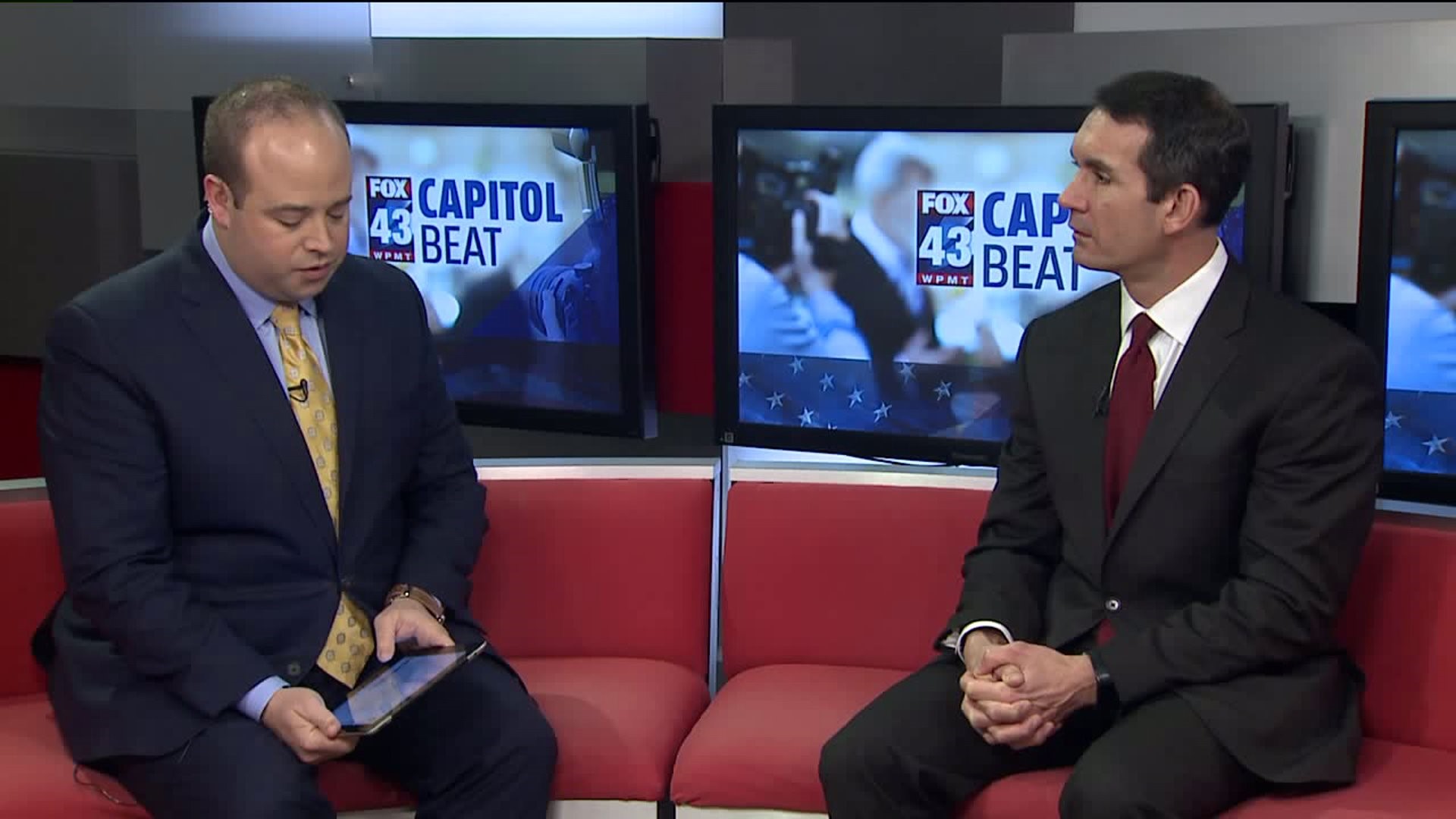 He will be giving FOX43 an exclusive look at an upcoming audit of of the West York School District.

According to a release, DePasquale will begin an audit this summer of the West York Area School District as the result of a controversial buyout of the long-term principal of West York Area High School and recent turnover of other senior administrative staff.

“Recent news reports have detailed apparent controversial buyout of West York Area High School’s former principal in which the individual will receive a salary of an estimated $125,000  and benefits – from February 2018 through March 2019 – without the requirement to show up for work,” DePasquale said.
“While staff turnover is not unusual in school districts, it is important that contract buyouts and other district actions – are closely reviewed and vetted by board members to ensure that they are in the best interest of students and taxpayers.”
DePasquale also said he is concerned about the recent resignation of the principal of the West York Area Middle School and the transfer of a 19-year assistant superintendent to a kindergarten teaching position.
“West York Area School District taxpayers deserve clear answers about what is going on,” DePasquale said. “As this is a district in a period of superintendent transition, it is important to ensure that any administrative changes are conducted as appropriately under the Public School Code.”
As part of the audit, DePasquale said he would also review the district’s sexual harassment and discrimination policies. Further, as part of his recently-announced stepped-up school safety efforts, DePasquale is directing his team to review the districts safety policies and procedures.
The West York Area School District will be notified of the specific audit objectives prior to the start of the review.