State Senator Cris Dush says Arizona's audit has no impact on Pennsylvania's investigation, which he says will take months to complete. 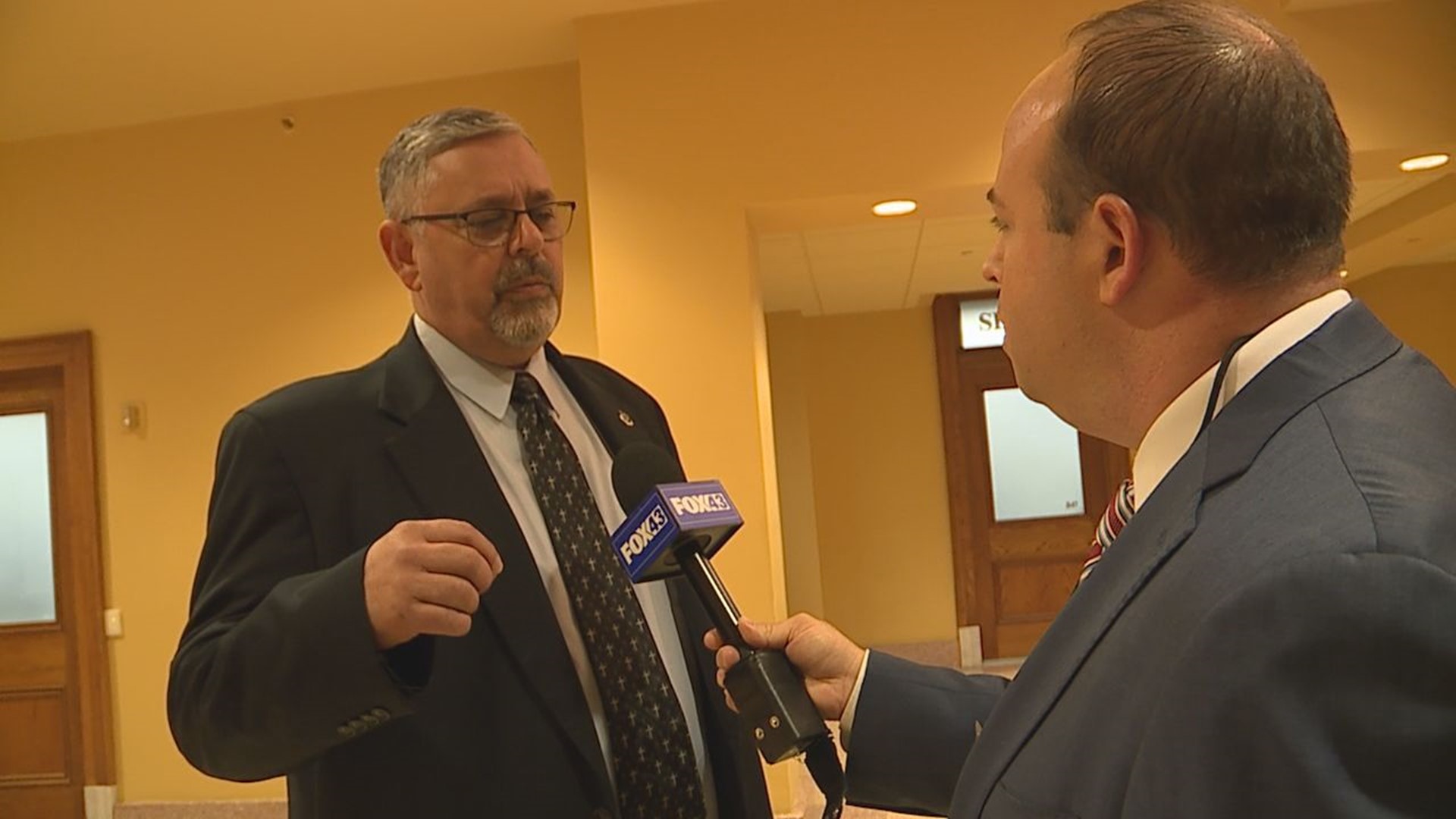 HARRISBURG, Pa. — Senator Cris Dush, the chairman of the Senate Intergovernmental Operations Committee which is overseeing the investigation into the 2020 Presidential Election in Pennsylvania, says his office will continue looking into the results despite a similar election audit in Arizona finding no evidence former President Donald Trump won.

Dush spoke with FOX43's Matt Maisel in the hallway of the State Capitol on his way to a State Government Committee meeting.

President Joe Biden won Pennsylvania by more than 80,000 votes during last November's General Election. Since then, dozens of Republican lawmakers have questioned those results.

Dush was among three lawmakers who visited Maricopa County, Arizona in June as State Republican leaders audited election results. He was named chairman of the committee to investigate those results in Pennsylvania in September.

The final report by a private company in Arizona was released this week, showing President Biden gained 99 votes and former President Trump losing 261 votes as a result of the audit.

Senator Dush has requested the last four digits of social security numbers and driver's license numbers for any person who voted in last November's election.

"That's the only way we can verify that the work done by the third party was done with fidelity," he said as he left in an elevator.

State Democrats, including Attorney General Josh Shapiro, have filed numerous lawsuits to stop the sharing of that private information. Senator Art Haywood of Montgomery County, sued the Department of State as a private citizen to prevent the office from releasing that information to Dush and other Republican Senators.

Dush said the investigation will take months. When asked what evidence of improprieties his office has found thus far, he chose not to comment. He says the committee is still trying to determine a proper budget for the investigation. County election leaders claim the process will cost the state millions of dollars as any tampering with election machines will render them useless for future elections.