Earlier this week, Rep. Scott Perry was on FOX43 Capitol Beat. We fact checked some of Perry's claims. 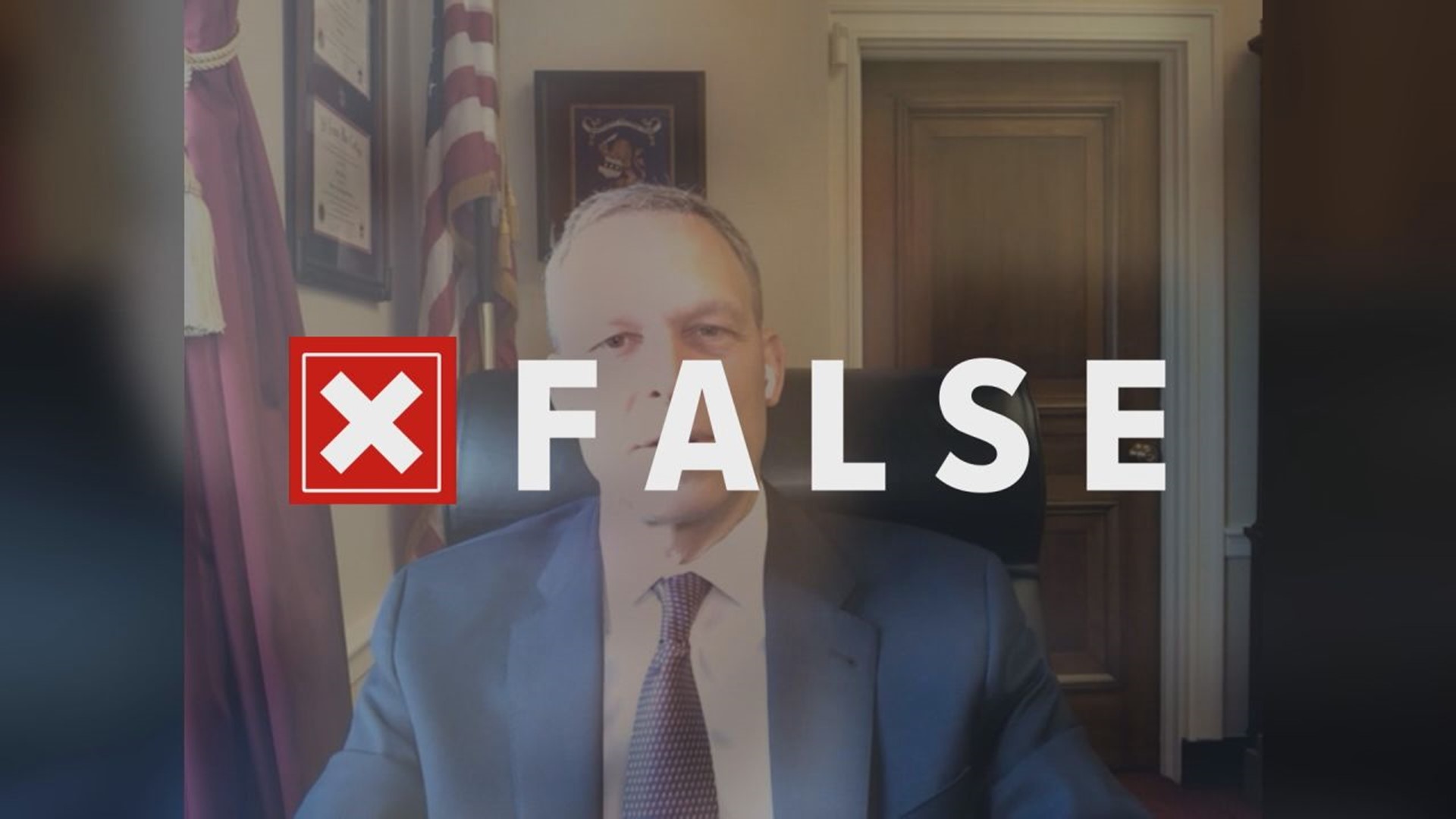 WASHINGTON, D.C., USA — On our weekly FOX43 Capitol Beat interview segment, we have state and federal lawmakers, and policy influencers on our air, talking about the big stories that affect you.

Sometimes, we don't have the information at our fingertips to fact check them live on-air.

This week, Rep. Scott Perry, a Republican Congressman representing Dauphin County and parts of York and Cumberland County, said this when FOX43 asked him why he chose to vote against certifying the results of the 2020 Presidential election, despite no examples in Pennsylvania or elsewhere of widespread voter fraud.

"My objection was not about voting fraud, even though there were still 100,000 more votes than there were voters on Election Day, so there's something amiss there," Perry said.

FOX43 followed up with Perry's office after the interview. Spokesperson Jay Ostrich said the actual number was closer to 125,000 votes, based on the most recent audit of the statewide voter registry in February.

To verify this claim, our source was the Pennsylvania Department of State.

This claim goes back to December, when it was made my numerous Pennsylvania Republicans and even former President Donald Trump.
The Pennsylvania Department of State said at the time Republicans' claims were based off incomplete data, as counties had not finished entering ballots into the statewide registry, known as the 'SURE' system.

The Department of State also said in a statement in December, "it is not unusual for there to be undervotes," meaning people who vote, just not for the big race on the ballot.

There are also numerous audits done to verify results. All counties are required by law to audit their election results, and DOS says they performed their own audit, called a Risk-Limiting Audit, where they took 45,000 randomly selected ballots, and the results mirrored the Presidential election numbers.

Congressman Perry's claim that there were more than 100,000 votes than there were voters in the 2020 Election is false. It lacks current information, and doesn't take into consideration write-ins, and people who voted in the election, just not for president.