The Wolf Administration says they don't plan on another mask mandate. What happens if they do? | FOX43 Capitol Beat

Any mask mandate falls under a state law created in 1955, and not an emergency declaration implemented by the governor. 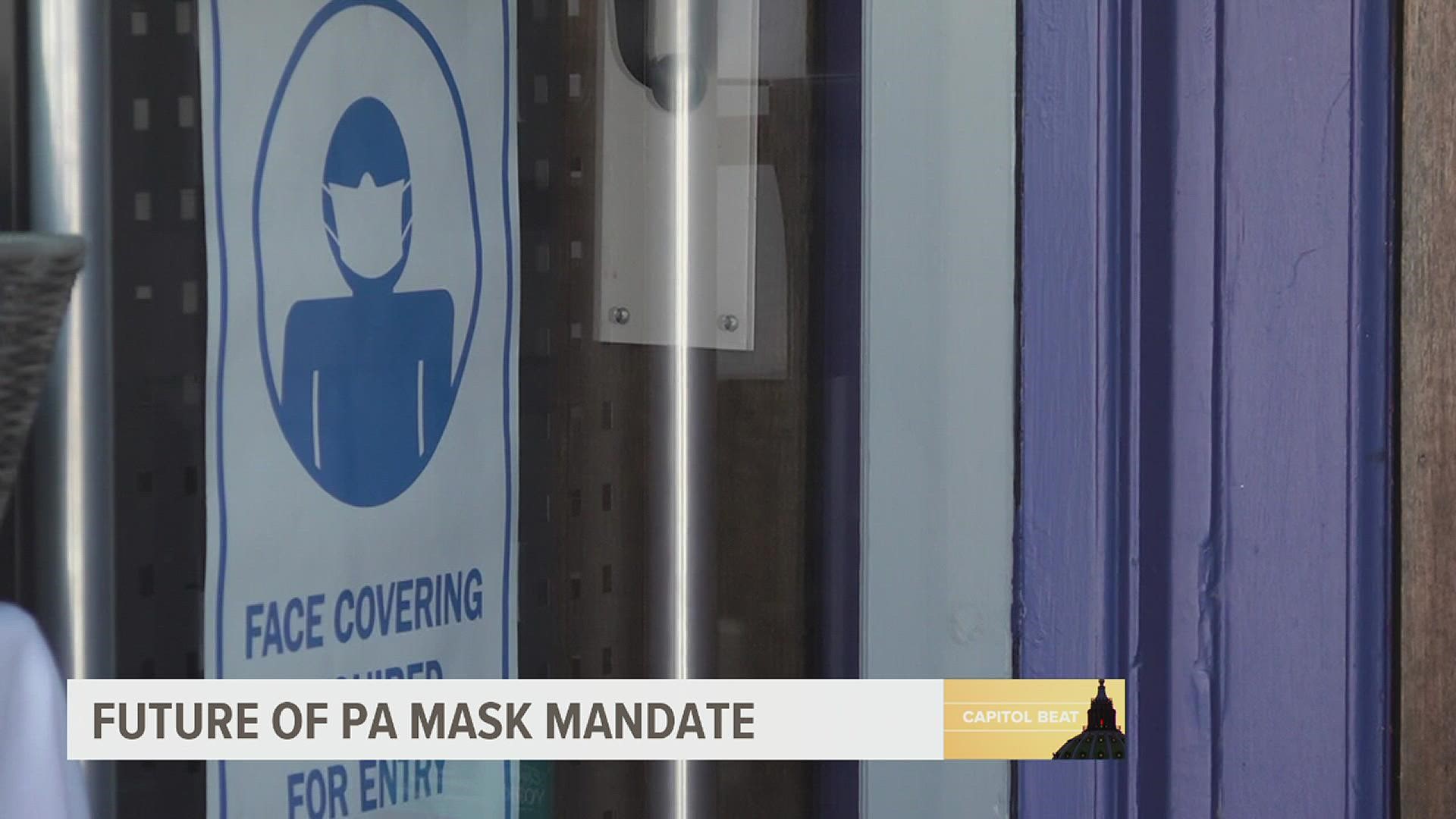 HARRISBURG, Pa. — Governor Tom Wolf and members of his administration have been adamant since the recent surge of COVID-19 positive cases that they do not plan to implement another mandatory mask-wearing requirement for Pennsylvanians.

"There is no intention of issuing a statewide mask mandate at this time," said Acting Pennsylvania Health Department Secretary Alison Beam.

The key phrase there is "at this time," which leaves the door open to possibly calling for a mask requirement in the future. As of August 10, daily positive cases of COVID-19 have risen to more than 2,000 a day, which are numbers not seen since April, and the daily seven-day average of positive cases is 1,613, which is nearly 1,600 more than what Pennsylvania was seeing a month ago.

"It's incredibly concerning," said Beam. "So what we're going to do is work with the General Assembly to understand better what role their can be in developing a mitigation measure."

Beam wants to work with the General Assembly because of the power they have today, which they didn't have when Governor Tom Wolf and then-Secretary of Health Dr. Rachel Levine implemented the first emergency orders and mask mandate at the start of the pandemic in March 2020.

In May, Pennsylvania voters gave the state legislature, controlled by Republicans, the power to end a governor-issued emergency declaration after 21 days. However, when it comes to issuing a mask-wearing order, those powers do not fall under the governor, and therefore, the state legislature is unable to vote to remove it as the consitution currently allows.

A disaster declaration is not necessary to issue a masking mandate.

Those powers fall within the perview of the Department of Health, given to the secretary under the Disease Prevention and Control Law of 1955. In it, the Secretary of Health's ability to issue a new masking mandate falls under Section 5, which reads:

Acting Secretary Beam was a guest on the FOX43 Capitol Beat, and was asked what the metric would be for the commonwealth to issue a new masking order. Beam said she wants the legislature's input.

"For us the metric isn't as clear as much as it is working with the General Assembly to put forward mitigation measures," she said.

However, Jason Gottesman, spokesperson for House Majority Leader Kerry Benninghoff, says no one from the governor's office or administration has reached out to House Republicans to begin the conversation of what mitigation efforts would look like.