With state budget due at the end of November, Senate Majority Leader Kim Ward talked about ongoing discussions on the FOX43 Capitol Beat 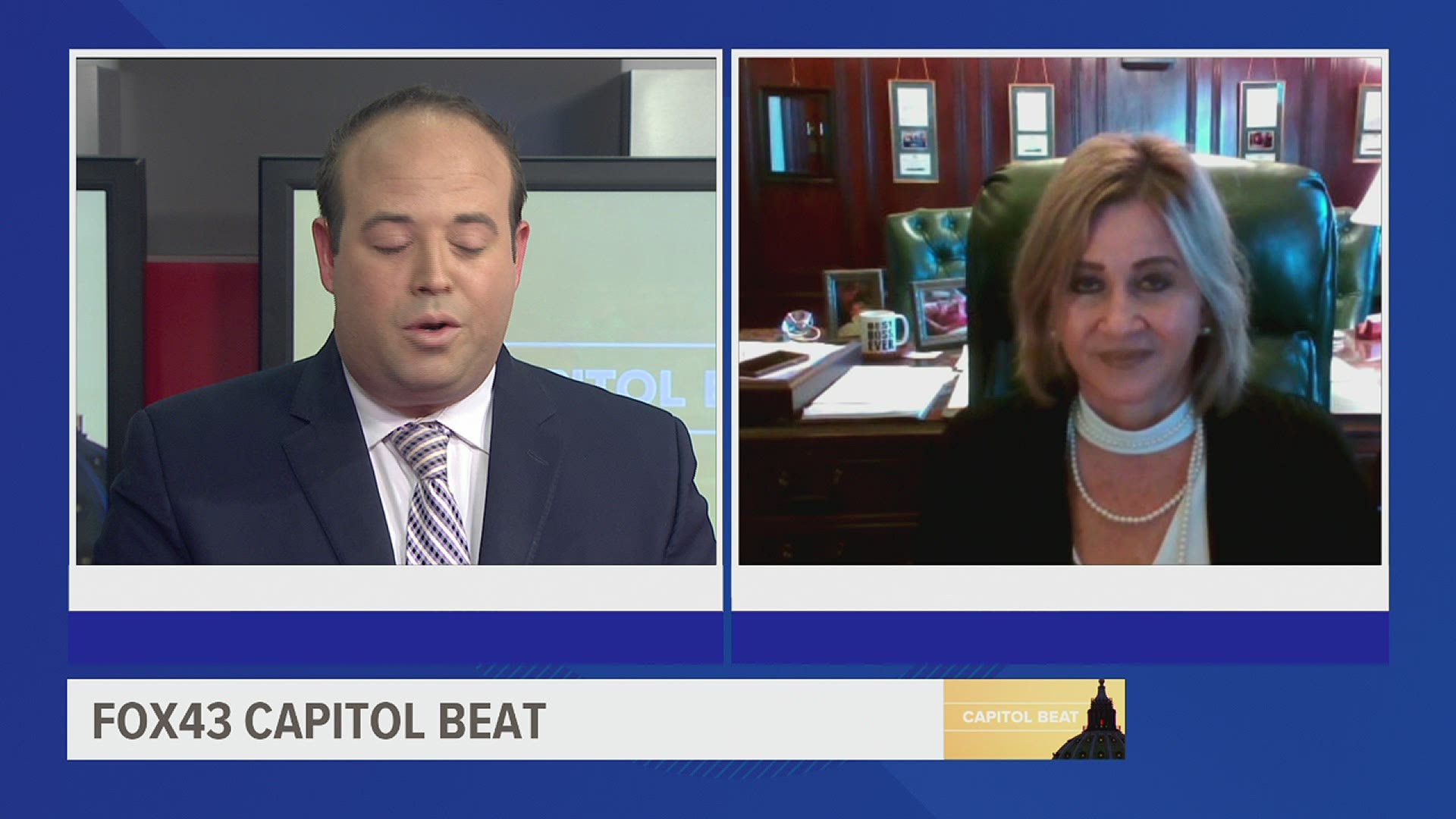 HARRISBURG, Pa. — Pennsylvania’s state Legislature is working this week to assemble a spending plan to carry state government through the rest of the fiscal year and fill a multibillion-dollar deficit brought on by the impact of the coronavirus.

House officials say closed-door talks may produce a draft of legislation Wednesday, with final votes possible Thursday. Gov. Tom Wolf, a Democrat, has asked the Republican-controlled Legislature for another nearly $10 billion in spending to round out the fiscal year. That's after the Legislature approved a piecemeal, no-new-taxes $25.8 billion budget in May.

Ward also discussed the Republican legislature's response to the COVID-19 pandemic in Pennsylvania. On Wednesday, a record 6,339 additional positive cases were announced in the commonwealth, bringing the statewide total-to-date of over 281,000. As of Tuesday night, 9,465 Pennsylvanians have died as a result of COVID-19.

Ward will begin her fourth term in January as State Senator of the 39th District. Prior to her election as Majority Leader, Ward served as Senate Republican Caucus Administrator and Chairwoman of the Senate Transportation Committee. She was elected in 2008 as the first woman elected to the seat. Prior to joining the state Senate, she was a Westmoreland County Commissioner.