An immediate two-year window for lawsuits died Monday when Senate Republicans announced they would not support an emergency process to move the legislation forward. 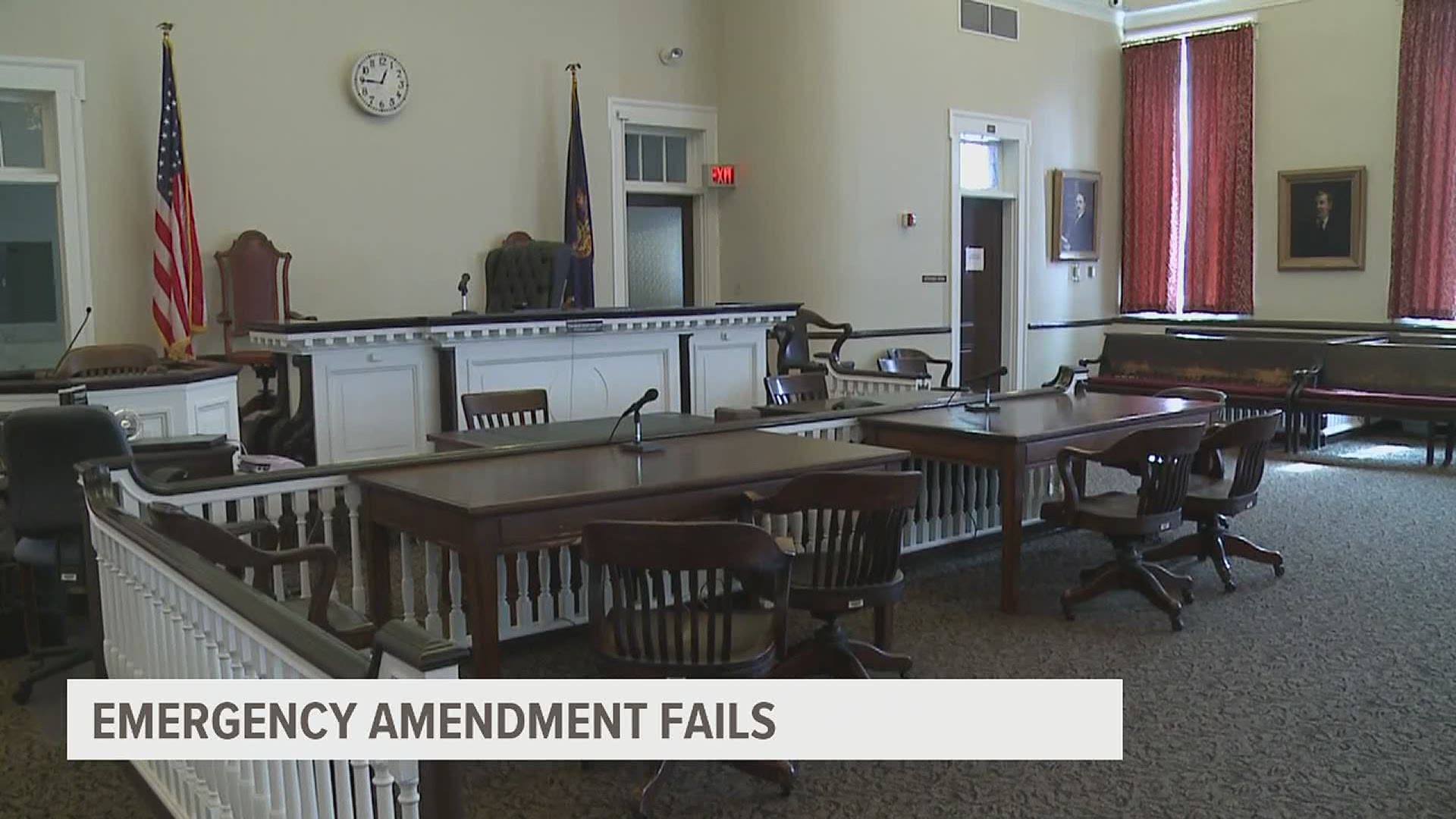 HARRISBURG, Pa. — In another complicated case of state politics, a measure with bipartisan support failed to pass in the Pennsylvania Senate on March 22. Survivors of childhood sexual abuse will likely have to wait until at least 2023 to learn if they can sue their abusers, most notably Catholic dioceses across Pennsylvania.

An immediate two-year window for lawsuits died Monday when Senate Republicans announced they would not support an emergency process to move the legislation forward.

The “emergency” designation for the proposed constitutional amendment was needed because the Pennsylvania Department of State failed to properly advertise the amendment as required, leading to the resignation of former Secretary of State Kathy Boockvar in February 2021.

“It’s disappointing. We’re going to have to go back to the drawing board now,” said State Rep. Mark Rozzi (D-Berks), a survivor of child sex abuse at the hands of Catholic priests and a longtime advocate for other child sex abuse victims in Pennsylvania.

“After careful consideration, it has been determined by the majority that this matter does not meet the emergency status criteria and does not correct the failure by the Wolf Administration as it still does not properly vet this matter with the public.”

Rozzi disagreed, saying justice for the victims should be an emergency.

“What about the mental health of these victims?” he said. “I mean, I’ve known many victims who have committed suicide, who have become alcoholics, drug addicts.”

State law currently bans civil claims for childhood sexual abuse from people older than 30. As a consequence many survivors can’t win monetary damages for decades-old abuses, many of which were described two years ago in a blistering state Grand Jury report on abuse in the Catholic Church.

“I don’t understand Kim Ward’s thinking,” Rozzi said. “To me it just seems like she’s protecting somebody, protecting either the Catholic Conference or the insurance federation.

Ward responded that the legislation applies to all child sex abuse survivors.

“Many of those entities, including the church, and I don’t know this for sure, have settled many, many cases already,” she said. “I don’t have any idea where there are.”

Senate Democrats are now considering a bill to pass the measure without a constitutional amendment.

Gov. Tom Wolf and Attorney General Josh Shapiro have both signaled support for such a measure.

“We can have this done probably by mid-summer at the very latest,” said Senate Minority Leader Jay Costa (D-Allegheny). “That would be doing it right as well. We have two options along those lines.”

Senate Republicans, however, said a retroactive change to the statute of limitations could be challenged in court, especially if it’s passed as a statutory law and not a constitutional amendment.

“The only way to make sure that the victims are compensated without a bunch of court cases is to do it through the constitutional amendment. That’s how it needed to be done, which is why we did it to begin with,” Ward said.

Restarting the process for a constitutional amendment would mean the question wouldn’t appear as a ballot measure for another two years.

Three bills have been introduced regarding the two-year window for child sex abuse civil suits.

House Bill 14 would have established an emergency constitutional amendment.

Senate Bill 8 would restart the traditional process for a constitutional amendment.

Senate Bill 407 would statutorily create the two-year window for lawsuits.

The Senate Rules and Executive Nominations Committee will meet on Tuesday at 12 p.m. to discuss the legislation.

RELATED: After 'devastating' Dept. of State error, lawmakers once again seek a pathway to justice for survivors of sexual abuse