Perry County residents who vote by mail this election will have to pay their own postage, despite the county having been offered state funds to cover postage. 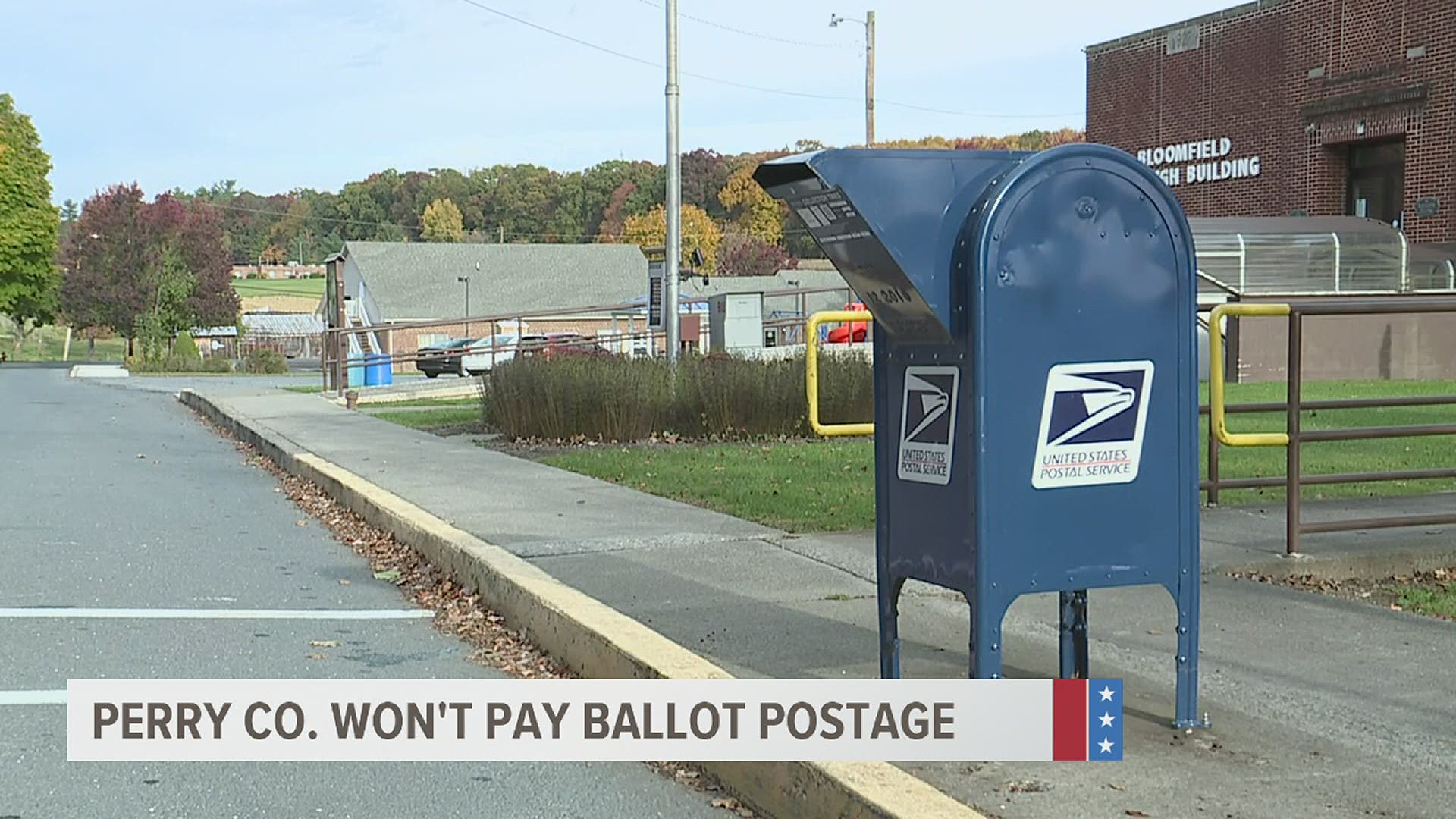 NEW BLOOMFIELD, Pa. — Perry County residents who vote by mail this election will have to pay their own postage, despite the county having been offered state funds to cover postage for ballots.

Pennsylvania saw a record 2.82 million requests for mail-in ballots this election, according to the Pennsylvania Department of State.

In August Secretary of the Commonwealth Kathy Boockvar announced the state would pay the 55 cent cost of mailing each ballot, the funds coming from federal emergency coronavirus aid.

The postage would come in the form of reimbursed metered postage, funding Business Reply Mail (BRM) postage costs or reimbursement for stamps.

If the county were to pay to mail ballots this election, Eby said he feared voters would expect free postage in future elections.

Some voting rights groups challenged that choice, saying officials should be working to reduce barriers to voting. Andy Hoover, director of communications at ACLU Pennsylvania, compared the cost of mailing a ballot to a poll tax, which was outlawed by the 24th Amendment in 1964.

“The best kind of voting is voting without hurdles, and a stamp is just one more hurdle,” Hoover said. “I know some people might say, ‘Well what’s the cost of a stamp?’ Whether it’s 55 cents or $5.50 or $55, we don’t charge people to submit their ballot.”

Eby responded that mailing a ballot is no different from mailing in a tax return to the IRS, the postage for which is not paid by the government.

RELATED: How to properly return your mail-in ballot to avoid an uncountable 'naked' ballot

The Pennsylvania Department of State wrote in an email,

“Perry County had previously indicated to the Department of State that it would accept state funding to provide pre-paid postage for return envelopes for mail-in ballots. The department is reaching out to Perry County for more information.”

USPS has said it will deliver all ballots, regardless of whether they have a stamp, to the appropriate County Election Office. USPS will then send the county the bill for postage.