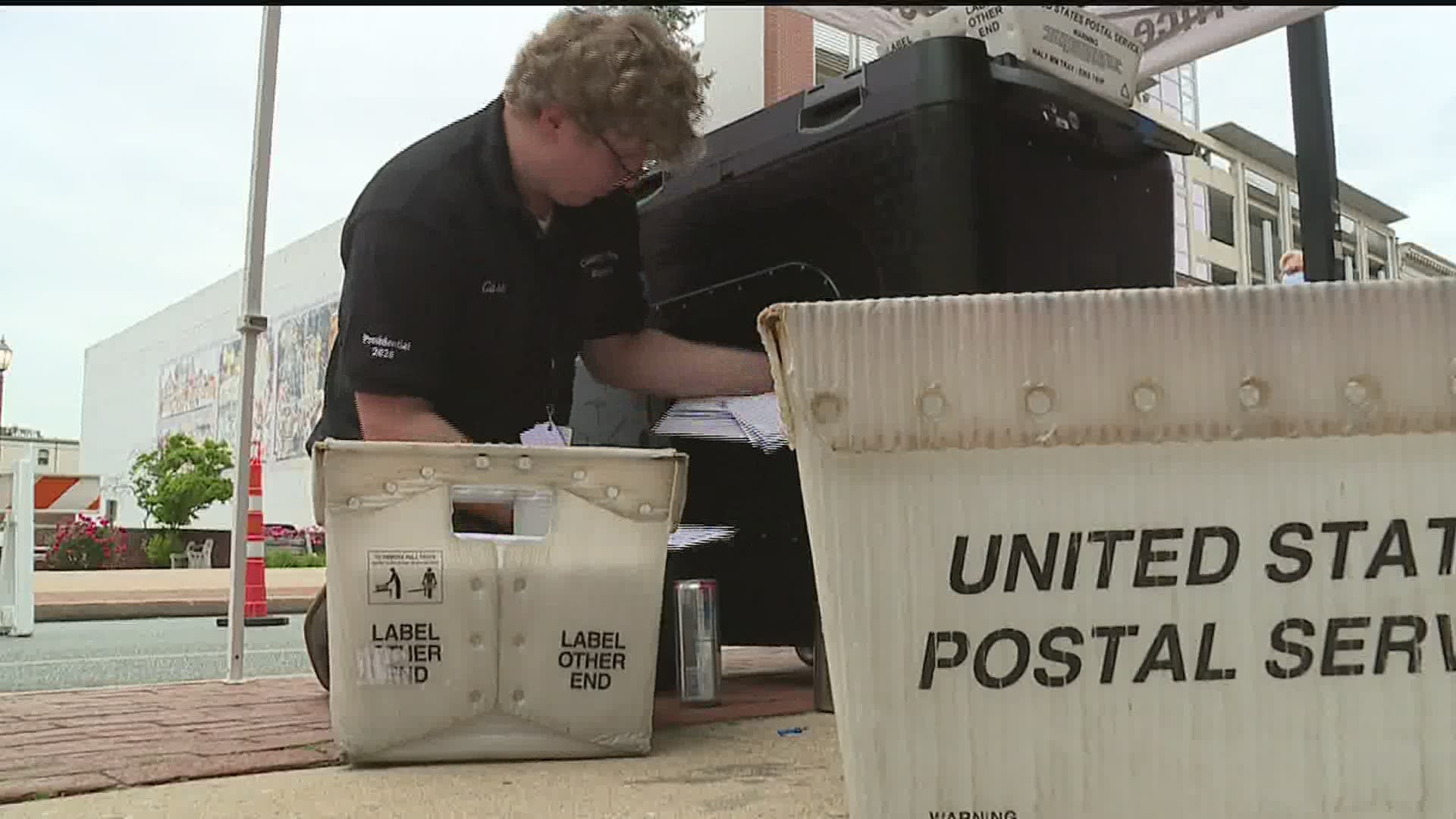 HARRISBURG, Pa. — An hour after polling places closed across the state, Pennsylvania Secretary of State Kathy Boockvar reported that Tuesday's primary election ran smoothly despite what she termed unprecedented challenges in the weeks and months before voting.

“Today, we marked two major milestones in Pennsylvania’s electoral history,” Boockvar said in a press release. “For the first time, Pennsylvania voters could vote by mail-in ballot without having to provide an excuse, and they did so in impressive numbers. And all 67 counties have now deployed new, more secure and accessible voting systems with voter-verifiable paper ballots. I am extremely thankful for and proud of Pennsylvania’s dedicated election officials, poll workers and, of course, voters.”

Polls have closed, but if you were in line by 8 pm, you can still vote.

Due to the unprecedented number of mail ballots and Gov Wolf's executive order, there will be delays in vote-counting. Counties are working to accurately & securely count every vote. pic.twitter.com/EOLbXUjI8D

For voters casting a ballot in person Tuesday, poll workers across Pennsylvania provided safe and secure polling places. Because of the COVID-19 pandemic, the department furnished counties with masks and face shields for poll workers, along with hand sanitizer, floor-marking tape and other supplies.

In 22 counties, voters used new voting systems with voter-verifiable paper trails for the first time. These were the final counties to implement voting systems that meet Pennsylvania’s new standards of security and accessibility.

RELATED: How are your ballots being handled? Here's a look behind closed doors.

In 2018, the Department of State informed counties that they had to select new voting systems that provide a paper record voters can verify by the end of 2019 and implement them by the 2020 primary. All 67 counties met those deadlines, the department said.

Department of State staff and volunteers from other state agencies answered more than 3,600 calls received Tuesday via the commonwealth’s voter help line (1-877-VOTESPA). Most callers had questions about their voter registration status, polling place location or mail-in ballots, Boockvar said.

On Monday, Governor Tom Wolf issued an executive order extending the deadline for six counties to receive mailed ballots. The order, for Allegheny, Dauphin, Delaware, Erie, Montgomery and Philadelphia counties, was a response to civil disturbances that hampered voters’ ability to return their ballots.

Those counties can now accept mailed ballots that were postmarked by today, June 2, and are received by 5 p.m. June 9.

Due to the unprecedented number of mail ballots and Wolf’s executive order, the Department of State said it anticipates some delays in vote-counting and the release of final results. Counties are committed to counting votes as early and quickly as possible, but their first priority is always to accurately and securely count every vote.

As unofficial election results become available from counties, they will be posted on the department’s elections return site at www.electionreturns.pa.gov. The site provides statewide totals and county-by-county breakdowns of each race.

“I want to thank Pennsylvania’s poll workers and county election officials, who faced some truly extraordinary challenges with this primary – from some of the most significant changes to the state election code in 80 years and new voting systems, to COVID-19 complications and civil unrest in many areas of the Commonwealth,” Boockvar said. “Thanks to them – and the voters of Pennsylvania – we held a safe and peaceful election and demonstrated once again the enduring strength of our democracy.”