The commonwealth's fiscal watchdog will be the first person of color to win a statewide officer election in Pennsylvania history. 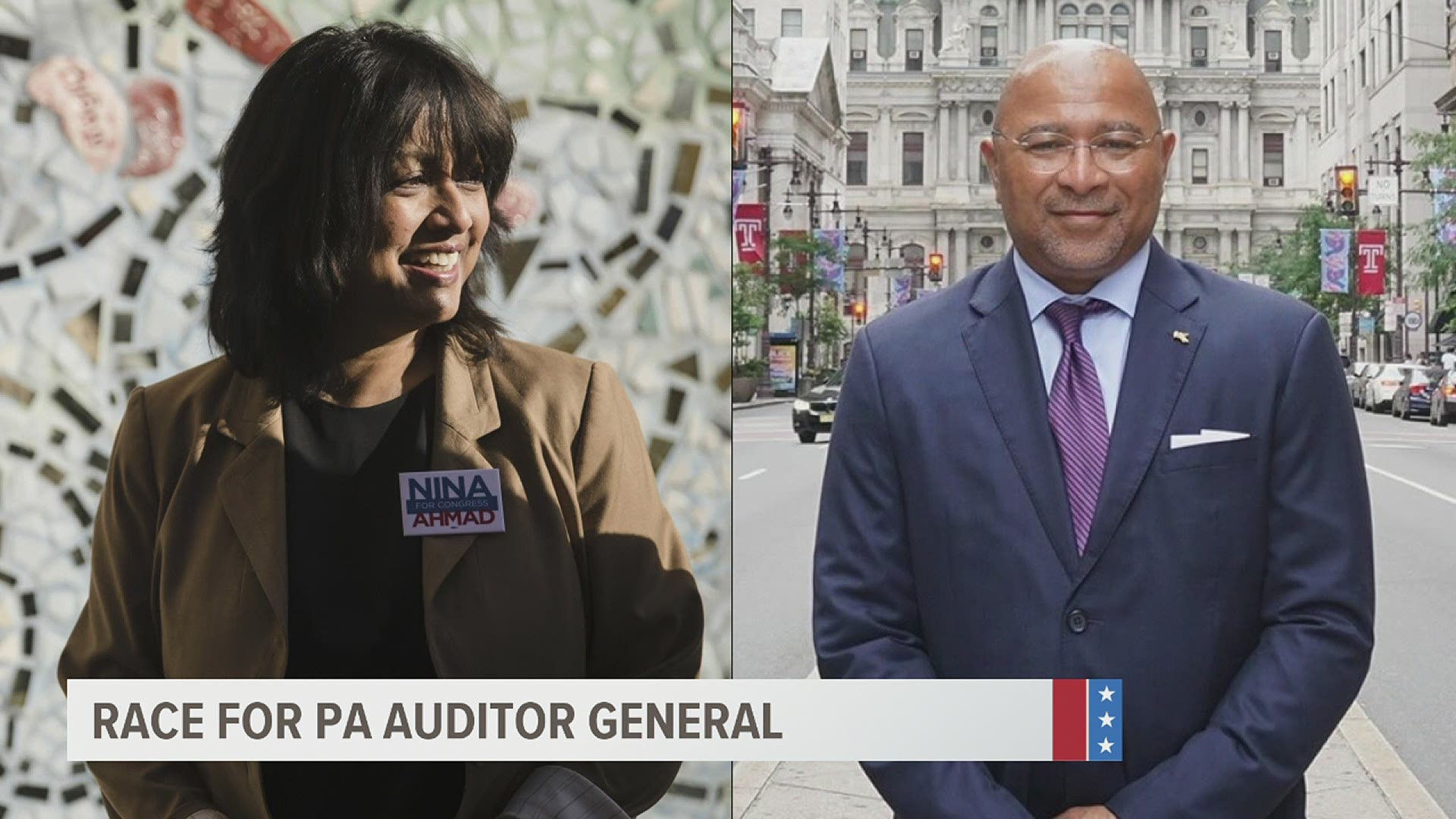 HARRISBURG, Pa. — For the first time since 2012, Pennsylvania will elect a new auditor general.

And for the first time ever, whoever wins will become the first person of color to win a statewide election in the commonwealth's history.

Dr. Nina Ahmad, whose family immigrated from Bangladesh, and Tim DeFoor, an African-American, are vying to become the state's fiscal watchdog. Ahmad, a Democrat, is also a chemist and small business owner in the Philadelphia area. DeFoor, a Republican, is a former special investigator in the Attorney General and Inspector General's offices. Since 2015, he has served as Dauphin County's top auditor, as its county controller.

The significance of either of their election's is not lost on them.

"I’m also a scientist," Ahmad said. "We’ve never had a scientist elected to statewide executive office. I understand that in an age where we have science being called 'fake news' it is critical that we have someone who can give the facts and find the money and be objective."

Both say they would address the finances of the COVID-19 pandemic first if elected: where is the money in federal and state aid supposed to go and how is it being used? Ahmad proposed a "pandemic preparedness audit," which she says would separate audits into three categories: educational dollars, healthcare money, and economic audit to discuss how money was spent for businesses.

The FOX43 Election Guide is your home for knowledge about all local and statewide races in Pennsylvania, as well as how the issues in this year's election will affect you.