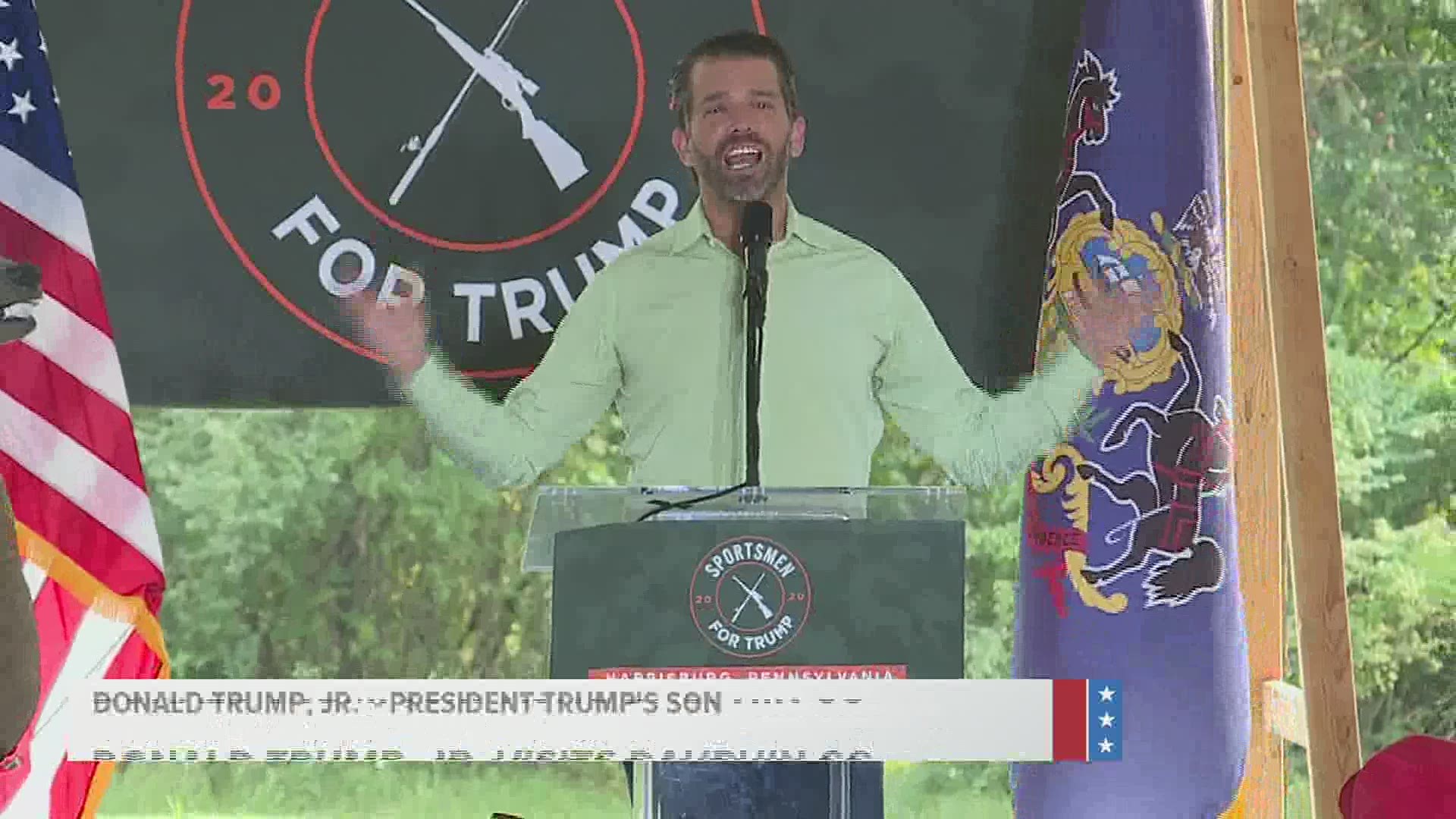 Trump’s spoke to supporters at the Blue Ridge Sportsman Club.

His message focused on criticizing his father’s opponent, Democratic presidential nominee Joe Biden. Trump took aim at Biden’s record on foreign and labor policy; he said during Biden’s time in elected office, he had allowed too many American jobs to be moved to China.

“If Joe Biden could fix anything, why didn't he do it in the first half a century of his Washington career?” Trump said.

Trump claimed Biden would not support fracking, an important industry in Pennsylvania. As of May 2019, Pennsylvania had 28,570 workers employed in “mining, quarrying, and oil and gas extraction,” according to data from the U.S. Bureau of Labor Statistics.

Biden said during a debate in March, “No more—no new fracking.” He later clarified he meant he would not close existing fracking sites but would not allow new ones. He reiterated during a campaign speech in Pittsburgh Aug. 31 that he “was not banning fracking.”

Trump heavily criticized journalists, who he said were unfairly holding Pres. Trump up to a higher standard than Biden.

“If Donald once confused let's say, Iowa and Ohio, every television psychologist in America would be on TV, ‘He's in the later stages of dementia and Alzheimer's combined,’” Trump said. “Joe Biden can't remember what day it is.”

The visit is part of a ramping up of the Trump campaign’s presence in Pennsylvania, which could play a crucial role this election.

The event drew supporters from across the state and region, who welcomed Trump with cheers and chants.

“I’m excited to see what the next four years has in store for us because I know we're going to sweep this election,” said Meg Kyle of northeastern Pennsylvania.

One engaged couple from Harrisburg, Ashley Flook and Peter Fricke, attended both because they support President Trump and as a reminder of how they met earlier this year, when Fricke traveled to attend a Trump rally.

Several at the event said they approved of the president and his family so much, they supported the idea of Trump, Jr. running for president in 2024.

Trump, Jr. will continue campaigning for his father with another speech Thursday in Savannah, Georgia.