Donald Trump is the 45th and current president of the United States, and will be the Republican nominee for the upcoming U.S. Presidential Election. 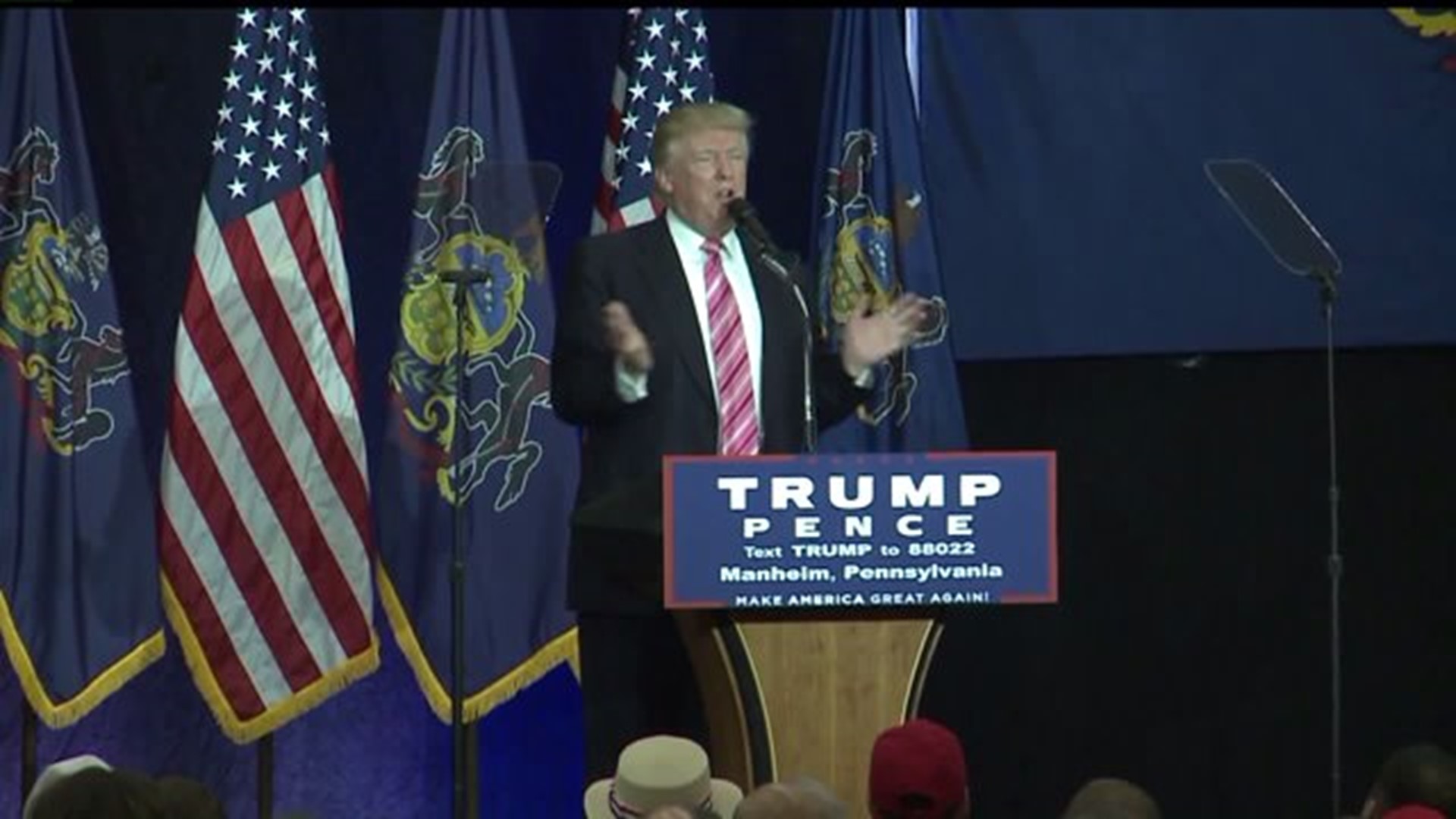 Donald Trump is the 45th and current president of the United States. He assumed office on January 20, 2017 and filed to run for re-election on the same day.

In his first two years in office, two U.S. Supreme Court justices were confirmed, the United States withdrew from the Iran nuclear deal, and Congress passed the Tax Cuts and Jobs Act of 2017.

During his presidency, Trump has issued five vetoes. You can read more about these vetoes here.

On December 18, 2019, Trump became the third president in U.S. history to be impeached by the U.S. House. The U.S. Senate acquitted Trump on both charges of abuse of power and obstruction of Congress on February 5, 2020.

His re-election campaign has focused on the economy, jobs, immigration, and foreign policy.

Trump described his platform, which he named America First, during his inaugural address.

Trump said, "Every decision on trade, on taxes, on immigration, on foreign affairs, will be made to benefit American workers and American families. We must protect our borders from the ravages of other countries making our products, stealing our companies, and destroying our jobs."

Credit: CNN
President Donald Trump will headline the most expensive fundraiser of his presidency at the Palm Beach, Florida, home of billionaire Nelson Peltz, two Republicans familiar with the event said.

Born in Queens, New York, in 1946, Trump attended Fordham University before transferring to the Wharton School of Finance at the University of Pennsylvania, where he earned a B.S. in economics in 1968, according to Ballotpedia.

After graduation, Trump joined his family's company, Elizabeth Trump & Son. He took control of the company in 1971 and later renamed it the Trump Organization.He was involved in a variety of real estate and other business ventures in the following years. From 2004 until 2015, Trump hosted and served as executive producer of The Apprentice on NBC.

In 1999, Trump ran as a Reform Party presidential candidate; he withdrew from the race in February 2000.

Ballotpedia says that between 1987 and 2012, he changed his official party affiliation five times, registering most recently as a Republican in April 2012.

Trump declared his candidacy for the 2016 presidential election on June 16, 2015, and officially received the nomination of the Republican Party on July 19, 2016, at the Republican National Convention.

On November 8, 2016, Trump was elected the 45th president of the United States. He received 304 electoral votes to Hillary Clinton's 227.