Incumbent Democrat Joe Torsella and Republican Stacy Garrity are the top candidates in line to serve as Treasurer the next four years. 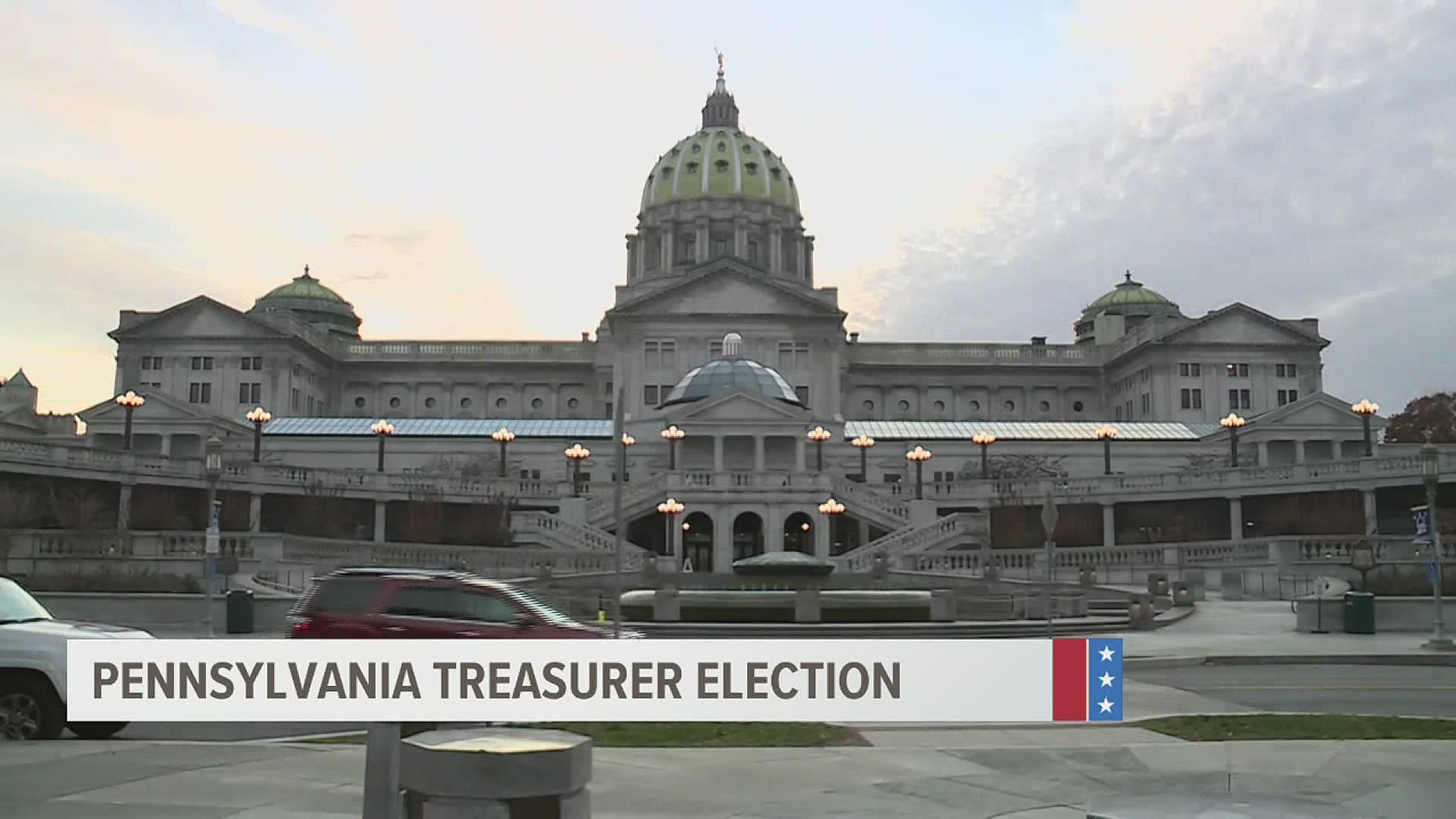 PENNSYLVANIA, USA — Pennsylvania Treasurer Joe Torsella is seeking another term as the commonwealth's chief accountant. Whether he will stay for all four years if re-elected remains to be seen.

"I ran for Treasurer four years ago because I wanted to be Treasurer and I'm running now because I want to keep doing what I've been doing," Torsella said. "That's bringing integrity to the office, standing up to Wall Street, and helping Pennsylvanians get ahead."

Torsella's name has been linked as a possible candidate for other statewide positions in 2022, like Governor or the open U.S. Senate position. Publicly, he is non-commital on his future, and says he's only focused on another term as Treasurer.

His opponent, Republican Stacy Garrity, believes Torsella is not being honest, after campaigning that he brought integrity back to the Treasurer's office.

"These people have one foot out the door," Garrity said, referring to the trio of row officer positions up for election this year; Torsella, Attorney General Josh Shapiro, and Auditor General Eugene DePasquale. Only DePasquale is running for another position, Congress in Pennsylvania's 10th District, because he has already served a two-term limit. Shapiro, like Torsella, has not publicly said what his plans are after this election cycle.

"They're all using these positions as a platform to run for something else. My only ambition is to serve," Garrity said.

Garrity served three tours in Iraq, earned two Bronze Stars, and is now the vice president of an accounting firm in Bradford County.

She believes the treasurer's office lacks transparency in opening the books on how the commonwealth is spending taxpayer money, and she cites a U.S. Public Interest Relations Group (or USPIRG) report which gave Pennsylvania a grade of C in 2018 for its access to government spending, and D- in 2019 for its transparency.

Torsella says the grades refer to the state as a whole, not his office.

"It's absolutely true that the state, the commonwealth, should do a better job in a number of things," Torsella said. "What I have done is use every tool I possibly have to put as much as we possibly can online."

Torsella says if re-elected his priorities are to get more Pennsylvania families to sign up for the Keystone Scholars program his office implemented, in which for every child born, each family get $100 to go directly into a 529 savings account for future college payment.

Garrity believes Keystone Scholars and 529 accounts aren't being advertised enough, and wants to see more attention paid to trade schools, and not just colleges and universities.

Torsella and Garrity both want to put a larger dent into the massive amount of unclaimed property - $3 billion - sitting in the state vault.