Joyce was elected to Congress in 2018 with more than 70-percent of the vote in district that includes Cumberland, Franklin, and Adams Counties. 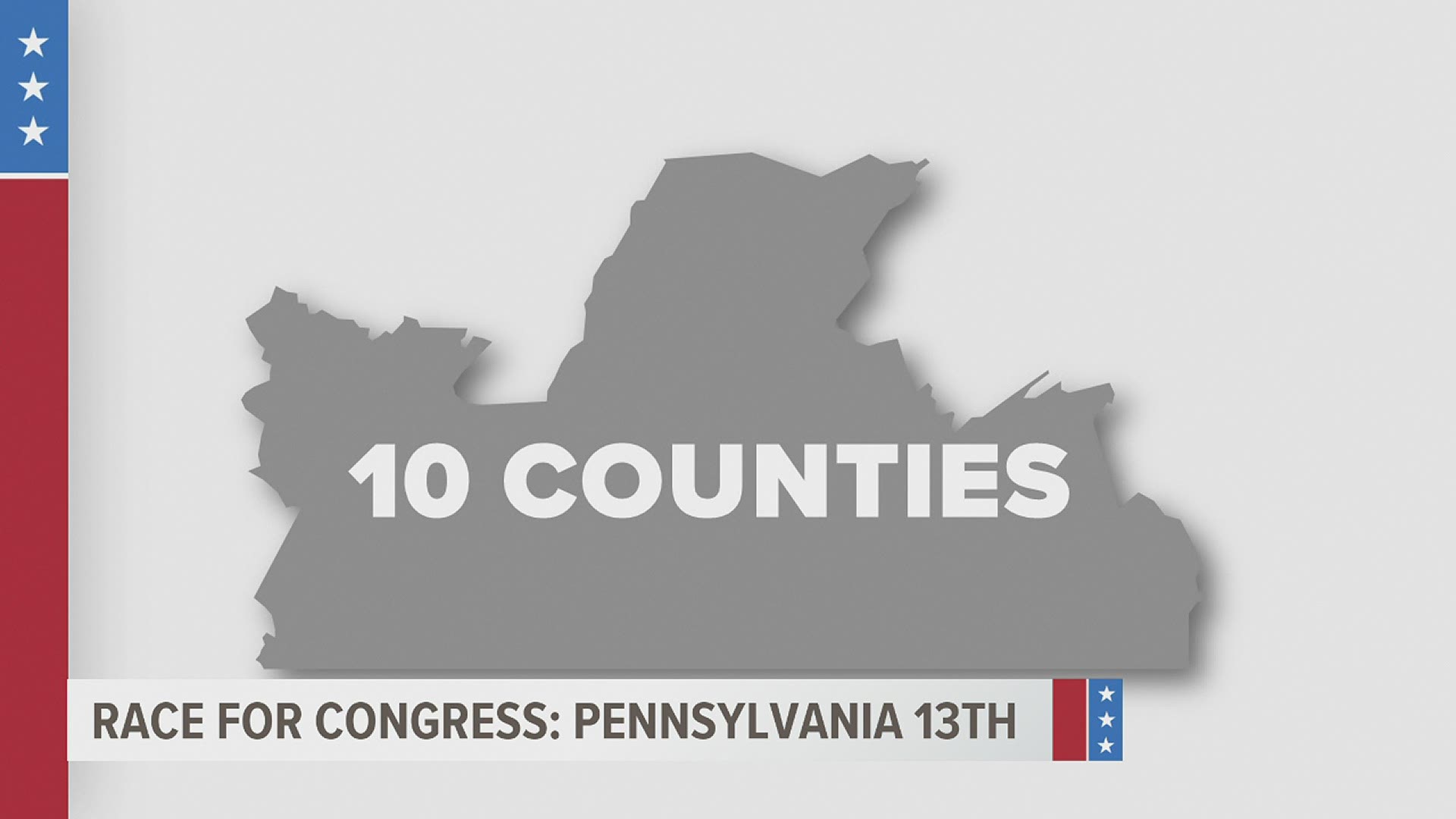 PENNSYLVANIA, USA — In Pennsylvania’s 13th Congressional District, President Donald Trump is not on the ballot, but he is very much at the forefront of both candidates’ minds.

Republican John Joyce, an outspoken proponent of President Trump’s policies, is seeking a second term in Washington D.C., against Democrat Todd Rowley, a retired FBI special agent. Joyce, a dermatologist, is from Altoona. Rowley was born in Somerset County and currently lives in Westmoreland County.

While Joyce embraces most, if not all, of Trump’s platform — he is anti-abortion, anti-gun control, and wants to increase funding for the border wall as it relates to curbing illegal immigration, he believes healthcare is his top priority.

“Right now, there is a plan in Washington (DC) through the Republican study commission that will allow individuals through many different vehicles to have the insurance they choose, the health care they choose, that makes medicines affordable and allows individuals to keep the physician of their choice,” Joyce said, adding he believes the president’s Operation Warp Speed to find a vaccine for COVID-19, and therapeutics to lessen its symptoms is a plan that will work.

Rowley wants to see a universal health care plan similar to what former Vice President Joe Biden is currently outlining in his run for President.

“Where we have a public option to citizens and we dont penalize citizens who are happy and content with their health insurance coverage right now,” Rowley said.

The 13th is one of the most conservative districts in the commonwealth. In 2018, Joyce won a congressional bid in his first try with more than 70% of the vote. Rowley believes his background, in which he has spent three decades in public service either as an EMS worker, state police officer, and FBI special agent, earns him a chance to convince voters to choose him.

“I was so honored and privileged to serve our country and protect the American people,” Rowley said. “I think that affords me at least the opportunity of our citizens regardless of political positon to have them to take a look at me.”

To hear more about Congressman Joyce’s and Todd Rowley’s platforms, watch the videos on this article.