Shapiro, a Democrat, is seeking a second term, against Heidelbaugh, an experienced trial lawyer from Pittsburgh. 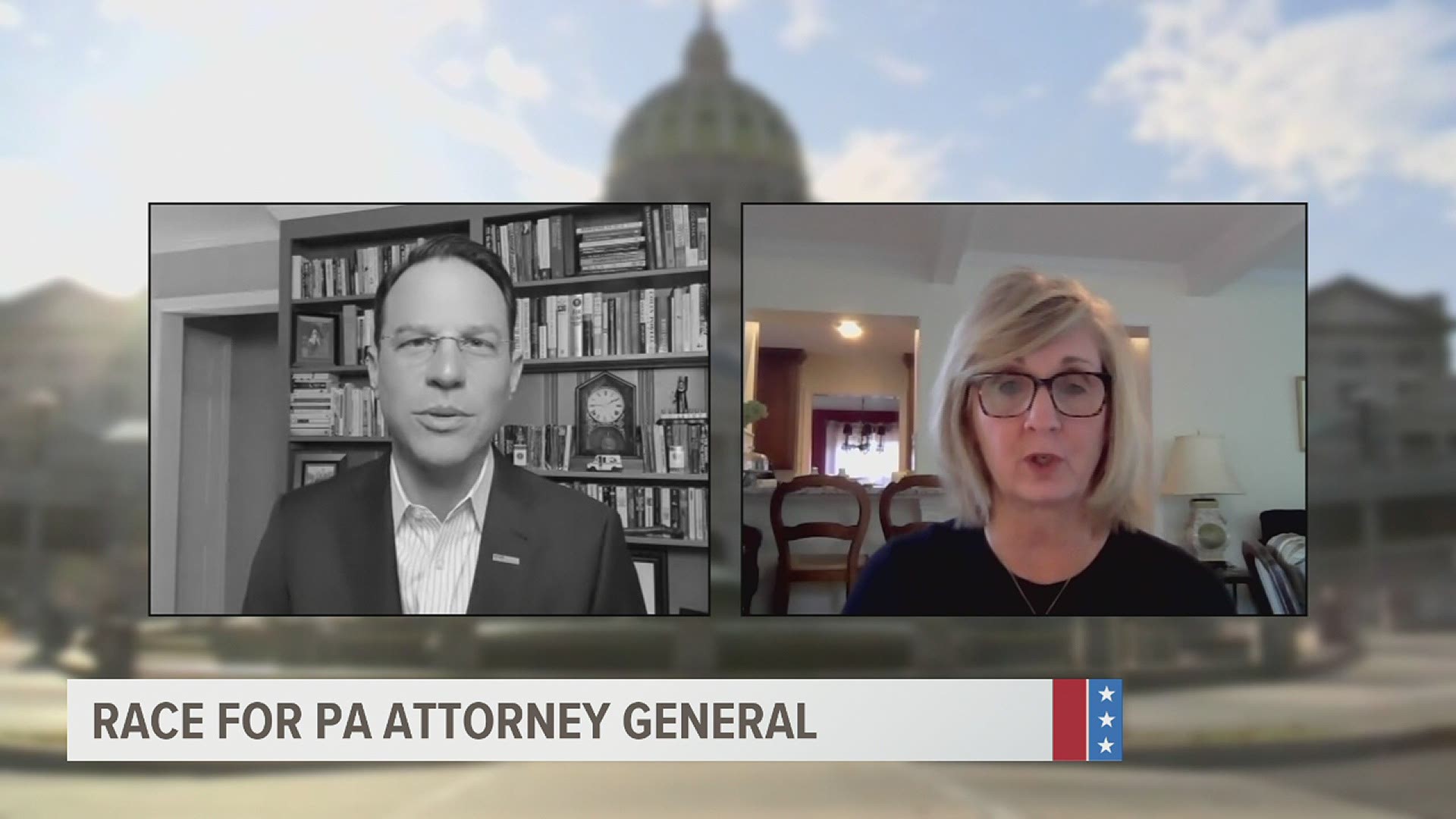 PENNSYLVANIA, USA — Incumbent Attorney General Josh Shapiro and his Republican challenger differ on plenty when it comes to how they view their role as the commonwealth’s chief law enforcement officer. Yet they agree on what should be a top priority for the next four years: addressing the opioid crisis.

FOX43 spoke with both Shapiro and Heidelbaugh over Zoom chats in recent weeks. Shapiro says his office, alongside attorneys general of other states, are currently in settlement discussions with drug manufacturers in what he expects will be billions of dollars worth of money coming to Pennsylvania.

Shapiro expects the money to be devoted to drug treatment centers across the commonwealth.

Heidelbaugh says she’s received complaints from district attorneys across the state that Shapiro has not been active in communicating with them, and learning about the issues in their communities. She says she wants to convene local, state, and federal law enforcement to determine the best strategies in eliminating the drugs.

The opioid crisis, though, is not the only item on each agenda for the next four years.

“One of the things I want to do is address the mental health crisis in Pennsylvania,” Heidelbaugh said. “We have too few mental health beds, too few psychiatrists. These are things that I think if we culturally sat down and say we have a crisis here, we are filling our jails with mentally ill instead of finding treatment options, we have to change the trajectory.”

Shapiro wants to build off his first term, which he says was highlighted by his work going after the Catholic “predator priests” and advocating for child sex abuse victims, and fighting for consumer protections.

📹Attorney General @JoshShapiroPA has often said when asked about running for other office in 2022 that he's focused on AG now. So I asked him if a candidate has to serve a full term to be effective?

Watch more with Shapiro & his GOP opponent @Heidelbaugh4AG on @FOX43 at 6am. pic.twitter.com/MIMAvUyfmx

It’s not uncommon for attorneys general to use their platform as a bully pulpit to push an agenda. Ultimately though, they are not law makers, but law enforcers.

Shapiro has made a point of this through a number of lawsuits against the Trump administration. Most recently, he’s gone after the President on issues such as mail service and election security.

What happens then after November 3? Would either have an issue going to court against a president of their own political party?

Heidelbaugh added, “If you’re going to take on tough issues, you have to be strong enough to take on tough interests. So if there’s illegality and most people happen to have Republican after their name, that would give me no pause whatsoever.”